In the days leading up to the Pennsylvania District 12 Democratic primary for House of Representatives, youth activists with the Sunrise Movement Pittsburgh chapter are speaking up against conservative, union-bashing congressional hopeful Steve Irwin. Liberation News has previously covered the PA-12 Democratic primary race, in which millions of dollars of dark money from a pro-Israel super PAC are financing former Republican staffer Steve Irwin’s run against progressive Summer Lee.

Liberation News spoke to Nebraska Grayson and Taiji Nelson, two Pittsburgh-based Sunrise Movement organizers, who took it upon themselves to call out the hypocrisies between Steve Irwin’s corporate-backed run for election and Summer Lee’s primarily grassroots, popular campaign.

On May 14, Friendship neighborhood resident Taiji Nelson confronted a crowd at the “Believe in Steve” event at Schenley ice rink, demanding answers about Irwin’s silence on the millions of dollars being spent in his favor attacking Summer Lee. Video taken at the event shows an Irwin supporter aggressively snatching a sign demanding a response to the illusive funding out of Nelson’s hands at the sparsely attended event.

Nelson described showing up out of a need to speak out against the influence of money in our political system. “I asked Steve Irwin twice about the PAC money going toward a smear campaign against his opponent [Summer Lee]. When he refused to acknowledge that he benefits from anti-Lee ads, that’s when I spoke out with what you see in the video.”

Nelson went on: “To make it even more complicated, the super PAC is a pro-Israel group. I think many politicians are hesitant to speak about, let alone criticize, pro-Israel groups, the actions of Israel, or America’s role in providing political, economic and military support to Israel. However, as more members of the general public are becoming aware of atrocities committed by the Israel with help from the U.S., more people are speaking up about the moral obligation to stand in solidarity with Palestinians.”

Nelson was clear on how people in the U.S. should respond to the influence of pro-Israel money in elections. “That means speaking up when a super PAC spends millions of dollars on a smear campaign, even if it’s against your opponent.”

“We should demand money be taken out of politics. This is a problem for all of us — especially when the same money being used to smear candidates like Lee are being used to fund anti-abortion, anti-POC, and anti-worker politicians in races across the country. The fact that Steve Irwin refuses to speak up against the lies spread in this campaign by corporate and super-PAC interests makes me ask: Will he stand up against lies about queer people or about people of color?”

Despite a sense of disillusionment with the dominant two parties in mainstream American politics, Nelson remains hopeful: “I’ve been having so many conversations with people I never have been able to have before. People know there’s a problem in the system, but they stop short of action or put too much stock in taking action in the perfect way. Confronting Irwin the other day empowered me. It showed taking a stand just takes the courage to do it, and it’s worth it.”

When Squirrel Hill neighborhood resident Nebraska Grayson heard about a Steve Irwin rally happening in her neighborhood last week, she decided to use the event as an opportunity to address deep concerns with the Irwin campaign directly. She described the rally as “strange” from the beginning: “From the moment I arrived, I felt that Irwin’s staff had their eyes on me. I was by far the youngest person in attendance. At the event, Steve Irwin was joined by elected and formerly-elected politicians, such as [former Pittsburgh mayor] Bill Peduto. It felt like they were grasping for relevance.” Peduto became extremely unpopular as mayor during the 2020 uprising against racism when instead of addressing community frustrations with racist police terror, decided to clamp down on antiracist activists. Peduto was soundly defeated in 2021 by a grassroots campaign led by Black Pittsburghers angered at Peduto’s lack of concern for Black lives.

During the event, Grayson asked Irwin about his involvement with union-busting law firm Lee Tischman. Irwin flatly denied any involvement, condescendingly telling Grayson “that’s not true,” despite copious evidence to prove otherwise. Grayson remarked that Irwin’s staffers seemed to surround Irwin and told attendees multiple times recording was prohibited, leading Grayson to ponder if they were “staffers or bodyguards.”

Grayson described being excited by what they saw as an expression of people power in Lee’s campaign. “I think a lot of youth are really drawn to a candidate like Summer Lee who is deeply rooted in the community.”

“On the other hand, Steve Irwin owns a golf course and made hundreds of thousands of dollars off the fossil fuel industry. For young people like myself who are staring at a future ravaged by the climate crisis, we simply can’t afford another Steve Irwin-type candidate in Congress. And the thousands of conversations that Sunrise Pittsburgh has had with young people in PA-12 about this election have proven that to be a commonly held view,” they added.

To Grayson, Irwin’s campaign represents the disillusionment youth feel with the Democratic Party: “Steve Irwin’s campaign is based on fear of change, and fear of electing a progressive candidate. He has painted Summer Lee as a foe of the Democratic Party and himself as someone who will unfailingly follow Biden. However, people, especially youth, aren’t satisfied with the status quo. This is a losing strategy. We’re not going to keep turning out for empty promises while we’re crushed by unlivable wages and masses of student debt.

“If Steve Irwin wins, that would show more than ever before that money buys elections.” 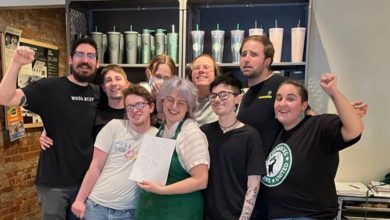 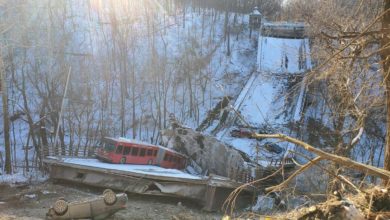 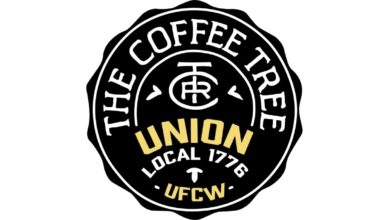 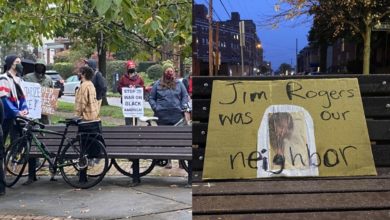