Massive numbers of people across India are continuing to take to the streets against a modification to the citizenship law known as the Citizenship Amendment Act. The law passed on Dec. 11, 2019, which on the pretext of giving Indian citizenship to religious minorities fleeing persecution from neighboring Pakistan, Bangladesh and Afghanistan, excludes Muslims from eligibility to regularize their immigration status.

One of the flash points has been student demonstrations against this bill at a university in Delhi, Jamia Millia Islamia. The police unleashed violence against those students, beating them up with sticks and tear gassing them even in enclosed spaces by entering the university premise without taking the consent of the vice-chancellor of the university. Generally police do not enter a university in India without taking the vice-chancellor’s consent, making this move highly politically provocative.

The brutal excesses of the police against the students further ignited protests across the country making the opposition to this act a pan-Indian protest movement, even when the government has tried to declare demonstrations illegal. So far twenty seven people have been killed by the police forces. Police violence in India has always been brutal due to the colonial origin of the police force and lack of transformation of the force after decolonization, leading to many deaths and injuries during earlier protest movements.

But the far-right government of Prime Minister Narendra Modi, whose BJP party follows a Hindu fundamentalist, anti-Muslim ideology, has taken the repression to new heights. Unprecedented restrictions on Internet access has been implemented in several locations. In Uttar Pradesh, the largest state in India with a population of over 200 million, the state government issued a directive to make demonstrators financially liable for the property damage attributed to the demonstrations. UP is governed by Chief Minister Adityanath, an extremist monk notorious for hate speech. Adityanath openly calls for “revenge” against the protesters.

The state police in UP have unleashed vicious collective punishment on the protesters — seizing properties of Muslims, breaking vehicles and putting several activists under detention and arrest. Nineteen of the 27 deaths so far are in UP. While the police are brutalizing all the protesters – the violence against Muslims is willfully far more severe than against non-Muslims. A fact-finding team consisting of communist activist Kavita Krishnan, socialist activist Yogendra Yadav, and research scholar Riad Azam has found that Adityanath is running a “reign of terror” against the protesters.

It is not just CAA that violates India’s secular constitution, but its combination with a feared proposal to perform a National Register of Citizens, and a similar National Population Register across India that has created tremendous fear and uncertainty among the 200 million Muslims currently residing in India, who constitute 15 percent of the Indian population. Under the CAA and NRC, huge numbers of Muslims could effectively be rendered stateless.

NRC was already performed recently in the north east state of Assam in India. In 1980s, there was a militant, student-led nativist movement in Assam that targeted Bengali speaking migrants as outsiders and called for the preservation of Assamese identity. The Indian state signed a peace accord with the militants with the promise of conducting an NRC to identify who is a citizen in Assam and who is not based on ancestry with a cut off year of 1971, the year in which Bangladesh seceded from Pakistan with the crucial help from the Indian state. But the main thing to note here is that the nativist movement in Assam, even though chauvinistic,  was not targeted against a religious community but against a cultural-linguistic community of Bengali speaking people – irrespective of being Hindus or Muslims. It was a post-colonial, regional conflict, originating from the contradiction between capital and labor in the tea plantations of Assam, but expressing itself as a form of chauvinistic regionalism and reactionary nativism. After NRC was conducted in Assam, both Bengali speaking Hindus and Muslims were stripped of citizenship.

But now NRC is a means of pursuing the theocratic Hindutva ideology of the government. Hindutva views India as exclusively a nation for the Hindus, while taking inspiration and modeling itself from German and Italian fascism of the 1930s. Hindutva ideology rejects the Marxist notion of class struggle – it claims the associations or loyalties people have are either civilizational, cultural or religious. In such a construct there is no class struggle between a Hindu capitalist and a Hindu worker – they rather work together in symbiosis for a common goal in the service of a Hindu nation.

Basing on that ideological project the ruling party proposed CAA to filter out Muslims and allow Hindus to be the citizens. BJP does this rhetorically with the dog whistling language of “infiltrators” vs “refugees.” In the election that was held in early 2019, BJP claimed that it would institute an all-India NRC if it comes to power. An all-India NRC combined with CAA would strip a Muslim person residing in India of citizenship who cannot produce an ancestry document – a document that will be arbitrarily decided by the government.

It is not only Muslims; poor people of any community would be targeted as now they will have to produce an extra document to prove their Indian citizenship. The fascistic nature of this law has led several people to identify it with the Nazi-era Nuremberg Laws that determined citizenship in Germany.

Why are protests breaking out now?

The protests have surprised a lot of people, including the regime in power. This is not the first attack of its kind — Muslim youths have been lynched in fascistic violence by the foot soldiers of Hindutva, and the constitutionally guaranteed autonomy of Kashmir was made null and void while putting all of Kashmir under shutdown, for instance. And it was only 8 months ago that Modi came back to power as the Prime Minister with a greater BJP majority than before.

India’s economic growth has recently been slowing considerably, mostly due to Modi’s own economic policies and missteps. Unemployment has increased alarmingly during Modi’s rule. Industrial output has severely declined with the index of industrial production actually showing negative growth for three consecutive month. Energy demand and generation declined for the fourth quarter in a row in the country, indicating a severe slowdown in the economy. Added to that, a botched implementation of a centralized tax system under Modi has led to a huge revenue shortfall blowing a massive hole in budgets across states leading to curtailment of welfare projects. The price of food is rapidly rising.

Some economists have started calling this situation a classic case of stagflation. According to Marxist and anti-imperialist economist Prabhat Patnaik, “The current rise in food prices, coming on top of this decline that had already occurred in real food consumption, would push people into even greater destitution and undernourishment.” With that back drop, the ultra-right government will have a harder time retaining the popularity it needs to keep on pushing a divisive agenda. Hindutva’s Islamophiobic talking points, many times parroted from Euro-American Islamophobia, has indeed limited shelf life.

With CAA a lot of Indians suddenly realized the extreme threat to Indian nationhood as the law strikes at the heart of India’s idea of secularism. India historian and Marxist commentator Vijay Prashad described this situation as India’s democracy facing an existential threat, elaborating that the Indian form of secularism has not meant “that the state should drive a policy for the secularization of society” but it has meant that the “state should respect and tolerate all religions … Even the weak form of Indian secularism is in dispute now with the BJP pushing for the Indian State and Indian society to be dominated by their own rigid and narrow view of Hinduism.” During decolonization, this question of nation and religion was the major faultline that led to the partition of the Indian subcontinent into India and Pakistan, with mass migration, violence and widespread killings.

This current protest movement started by students has become a countrywide phenomenon now. It is not only Muslims but Hindus, Sikhs Christians, Dalits, left wing parties and unions are also on the streets together. The BJP and those who support all its unwarranted moves had presumed that only Muslims would protest against the CAA and the NRC. This presumption was based on the previous inertia and lack of mobilization many people of India showed when BJP had earlier carried out attacks against Muslims. It turned out that the protests have all-round participation by students, all religious communities and denominations, and most political opposition parties. In the communist-governed state of Kerala, the communists and the bourgeois liberal Congress Party came together in one platform to oppose CAA and NRC. On Dec 31, 2019, Kerala became the first state in India to pass a resolution against CAA with the Chief Minister Pinarayi Vijayan saying that the law violates the fundamental principles of the constitution.

Regional political parties which had earlier supported the CAA under fear of strong arm tactics by the BJP have openly come out against a nationwide NRC. Even though there is no clear leadership in this movement at the moment, and there are still a lot of elements of spontaneity, it is as if several contradictions have finally coalesced in a unified fight against the ultra-right government in power. 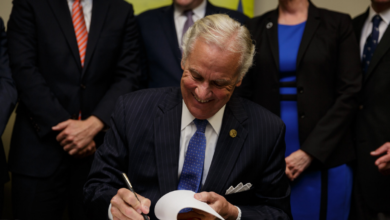