As of Aug. 24, 650 wildfires are raging across California, with over one million acres burned in just the last nine days. Over 367 fires were sparked in the greater San Francisco Bay Area by more than 11,000 dry lightning strikes that occurred within 72 hours beginning on the night of Aug. 15. Lightning is very rare in this region. A tropical storm over the Pacific collided with a prolonged heatwave causing an unstable atmosphere and the subsequent dry lightning anomaly  — all during a drought year when vegetation was prime to ignite.

Increasing numbers of tropical storms, heatwaves and droughts are fueling more intense and frequent wildfires across the globe as climate change unfolds, yet the government has does little to prepare and protect the population for such catastrophic events.

Millions have been forced to breathe polluted air, raising their vulnerability to COVID-19. Around 250,000 people have either been evacuated or are under an evacuation warning. With 350,000 acres burned, the LNU Complex fire spanning Napa and Lake Counties is now the largest active fire in California, with the SNU Complex fire just east of San Jose a close second at over 347,000 acres.

Cal Fire (California Department of Forestry & Fire Protection) has deployed more than 14,000 firefighters, many of whom are just now coming off 72-hour shifts across the state. However, the agency says it needs many more to properly fight the fires.

Relying on prisoners to fight fires

Normally, California relies on hundreds of prisoners to fight fires alongside Cal Fire personnel. These incarcerated workers make less than $6 a day risking their lives on the front lines, but cannot get a job fighting fires when their sentences end. Currently, the majority of these inmate crews have been given early release from prison due to COVID-19 and are no longer employable as firefighters due to felony convictions despite their extensive training. The ongoing punishment of formerly incarcerated people that blocks them from getting even a job in a field that they are highly skilled in is one of many cruel contradictions of the system. This reliance on cheap inmate labor illustrates the nature of capitalism that purposely underfunds vital life-saving public resources like Cal Fire because it does not directly serve the market.

Despite facing fires each year, there has not been a focus on how to properly manage temporarily displaced people in years past. One can only imagine the potential spread of COVID in evacuation centers across California. There is little support given by state and local governments besides providing a physical space — fairgrounds, schools, and so on. During last year’s Kincaid fire, evacuation centers across Sonoma County relied on local businesses and charities to donate food, clothes and toiletries.

While it is heartening to see spontaneous mutual aid given by the community, such relief should be provided by the state, especially given the near certainty of wildfires every year. Because such relief is not profitable, it is very low on the list of budgetary priorities. Neoliberal capitalism has driven political priorities away from public programs. And while charities provide some help, they divert focus away from collective political solutions for issues like poverty, climate change and disaster relief. They provide ideological cover for a society that has become utterly incapable of solving such issues.

Given the loss of jobs due to the current pandemic, people’s ability to pay rent is already under threat. According to a recent U.S. Census survey, about half of California households have had their incomes affected by the pandemic, and about 25 percent have little or no confidence in their ability to keep up with their rent or mortgage. Tens of thousands of structures are threatened by the current fires. Given their precarious position, many working-class people are at huge risk of losing what little they have left.

Each year, the chaos of wildfires exacerbates the housing crisis, and homelessness is a real possibility for many.  In the 2017 Tubbs fire in Santa Rosa, 5 percent of the city’s already scarce housing stock was destroyed. According to a 2018 county survey of the Santa Rosa homeless population, 38 percent of them said that the fires had affected their homes or sleeping area, and 5 percent cited the fires as the primary cause of their homelessness. The most organized response from the city was in the form of police raids, scattering encampments and driving unhoused people out of town.

In California, vacant housing units outnumber the homeless population by thousands. Millions of pounds of food are thrown away while 20 percent of the population is food insecure. Instead of putting more funding into wildfire prevention and halting development of fire-prone wildland areas that puts people at great risk, the state instead scrambles to react to catastrophe every year. If the state of California was its own country, it would be the 5th largest economy in the world, but when it comes to actually preventing destruction and misery resources disappear. This is the nature of capitalism, and this is why capitalism must end. 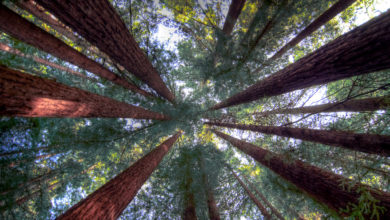 We can solve the climate crisis! 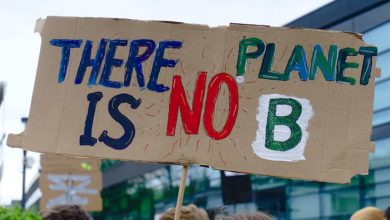 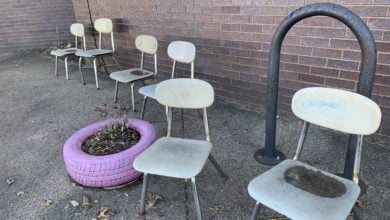 After a year of struggle, Boston teachers prepare for return to school