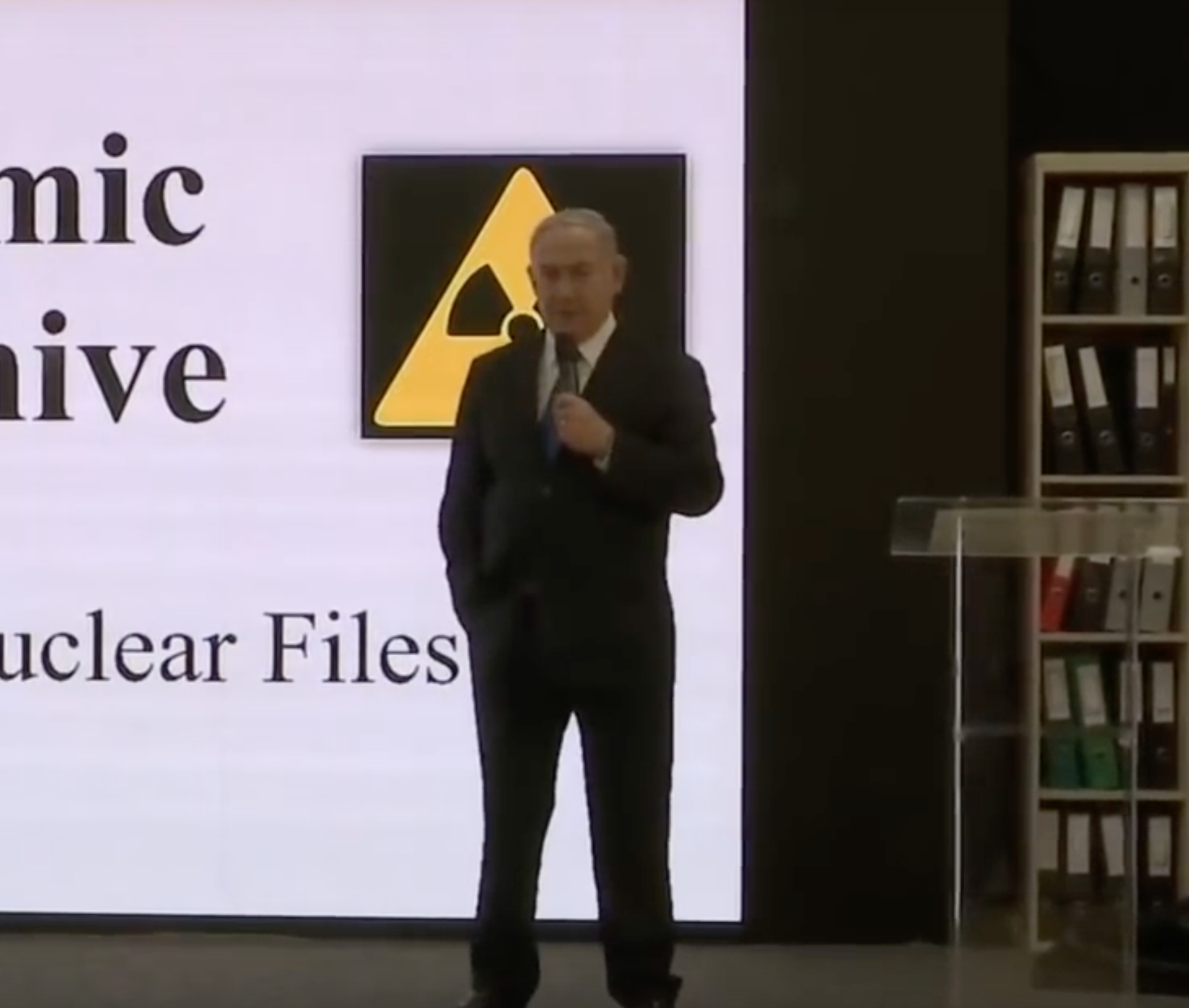 In a not unusual display of utter hypocrisy in a televised appearance, Israeli Prime Minister Benjamin Netanyahu argued on April 30 that Iran is a “danger” and is violating the nuclear deal formally known as the Joint Comprehensive Plan of Action.

Iran has no nuclear weapons.

Immediately following Netanyahu theatrical performance the International Atomic Energy Agency released a statement saying “that the Agency had no credible indications of activities in Iran relevant to the development of a nuclear explosive device after 2009.”

Because of the JCPOA, Iran is a highly inspected country. The IAEA has a presence in that country at 18 nuclear sites and nine other locations.  From 2013 to 2017 they increased surveillance activities by 152 percent and inspectors spend 3, 000 days in the field each year.

In fact, Israel is the real nuclear danger.

In 2017, it was estimated that Israel possessed 80 nuclear warheads. It has never signed the Treaty on the Non-Proliferation of Nuclear Weapons, and has indicated that it has no intention of doing so.

Not only is Israel armed with nuclear weapons and an entire military primarily funded by U.S. tax dollars, but it has consistently attacked its neighbors in the Middle East. Israel maintains a blockade and constant aggression against the Palestinians. It has bombed or invaded Iraq, Jordan  Lebanon and Syria and Egypt without provocation. It consistently threatens Iran today.

As if being a nuclear aggressor was not sufficient, the state of Israel itself is an apartheid state, reserved for Jewish people and none other. Its existence is integrated with the continued genocide of the Palestinian people.

And then there’s the United States, which has 6,550 nuclear warheads, and the capacity to deploy them quickly around the world. It is the only country that has ever used nuclear weapons-on the Japanese cities of Hiroshima and Nagasaki.  It has used dangerous depleted uranium weapons in Iraq, and Syria and has provided such weapons to Saudi Arabia to use in Yemen.

The U.S. and Israel are the nuclear danger, and should be the ones to disarm.

But there’s a greater political context for Netanyahu’s speechifying.

The United States government has targeted Iran for decades, building a case against Iran’s nuclear program while expanding its own. They have no concern for nuclear proliferation but instead have an interest in the expansion of their own political domination of the region. The Iran people’s  1978 deposing of the U.S.-imposed Shah, and building of an independent nation state since, is a direct affront to imperialist dominance.

Israel, for its part, owes its existence to support from imperialists, top amongst them the United States government. In return, it serves as a watchdog against the rebellion of its neighbors in the Middle East.

U.S. and Israeli warmongers and their supporters amongst the capitalist media continually try to turn reality upside down. Their story rings very hollow when one looks at the real numbers of nuclear warheads and who really has a history of aggression.

In reality, Iran is an oppressed nation building an independent state, not free from its own problems and contradictions of course, but always confronting the military and political aggression of the greatest military power in the world and its watchdog in the Middle East.