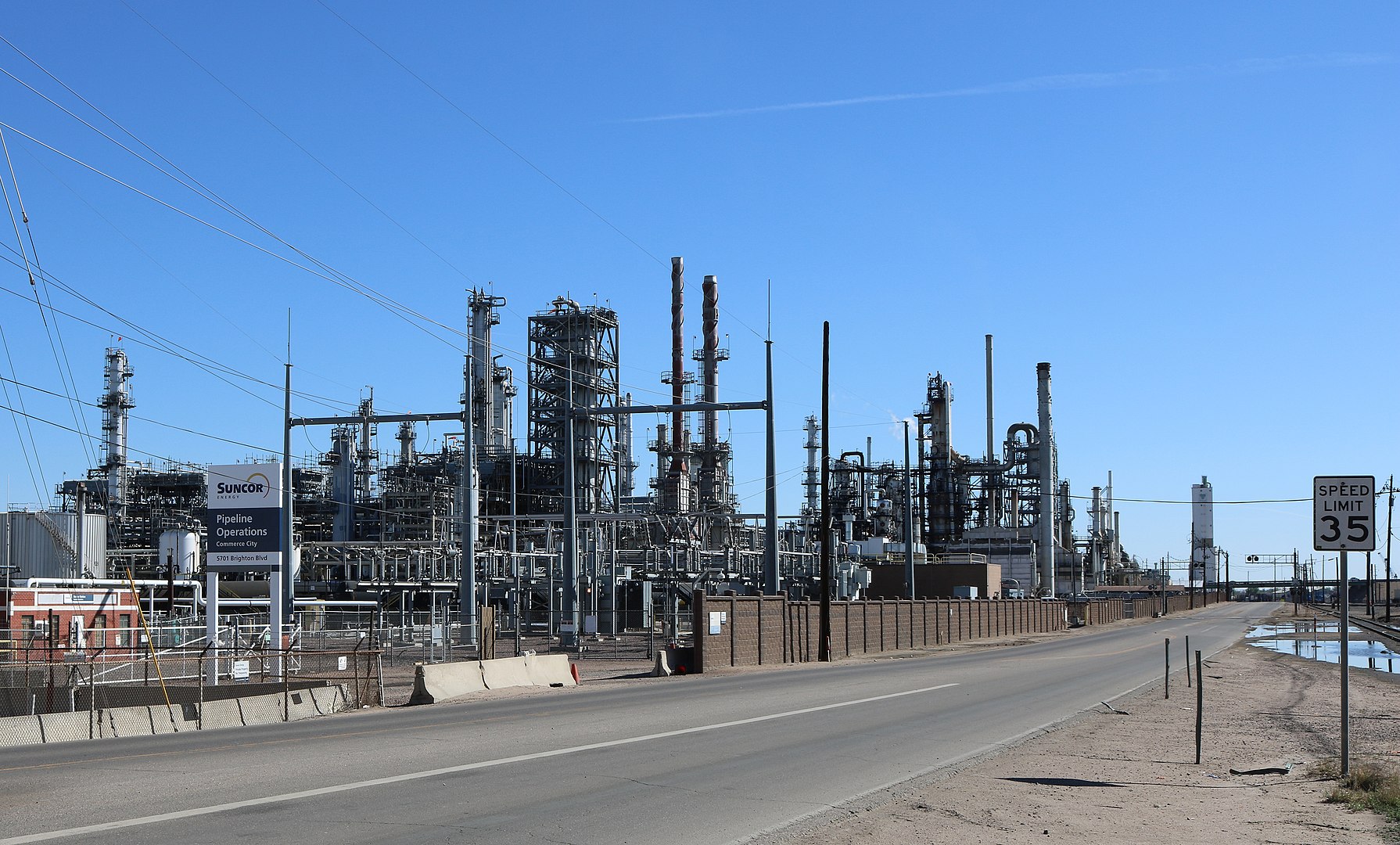 On the morning of Dec. 11, yellow material rained down from the sky in Commerce City, Colorado, covering cars and prompting two schools to go on brief lockdown.

The nearby Suncor Energy oil refinery took responsibility, calling the incident an “operational upset” causing an “opacity event.” In a statement posted to their Facebook page, the company assured the public that the material was “classified as non-hazardous,” yet they still haven’t revealed what chemical substance was released. Suncor offered free car washes to residents to clean off any residue.

A similar incident occurred in 2016 at Suncor, when another “operational upset” — this time a power outage — sent a billowing yellow-orange plume of gas and dust out over the city. Area schools went on lockdown, sections of the nearby highway were closed, and residents within a two-mile radius of the refinery were briefly advised to shelter in place. Just as in the recent incident, the community was quickly assured that the material was “non-hazardous,” but it wasn’t for weeks that the identity and scale of the release became clear.

The material turned out to be sulfur dioxide, a greenhouse gas that, when inhaled, can cause increased respiratory symptoms and disease, difficulty breathing, and premature death. Suncor spokeswoman Lisha Burnett told reporters shortly after the 2016 event that no sulfur dioxide had been detected near the refinery, but a company letter later revealed otherwise. The incident had sent 75,600 pounds of the chemical into the air, 150 times beyond the 500 pound 24-hour limit that triggers an investigation. Still, the company and state officials maintained that the release did not pose health risks.

Located just a few miles from central Denver, Suncor’s refinery is one of the largest sources of air pollution in the state. The refinery releases more than 800,000 tons of air pollutants over low-income north Denver neighborhoods every year.

This past July, the refinery was caught exceeding the limit for hydrogen cyanide emissions set by its state-issued permit. Hydrogen cyanide, an invisible gas emitted as a byproduct of crude oil processing, is poisonous even at low levels and can be deadly. The Organization for the Prohibition of Chemical Weapons classifies hydrogen cyanide as a chemical weapon. In its concentrated form, hydrogen cyanide was used by the Nazis during World War II as the execution agent in gas chambers, and it has also been used in the United States for death-penalty executions. Even low-level exposure can cause eye irritation, headaches, confusion, nausea, vomiting and even coma and death.

Despite the findings that Suncor was violating its permit, emitting levels of this toxic gas nearly double its output in previous years, neither Suncor nor state health officials alerted nearby residents or county emergency managers. Instead of penalizing Suncor, Colorado health officials are considering the company’s request to raise its permitted level of hydrogen cyanide emissions. The Colorado Department of Public Health & Environment has allowed Suncor to recommend its own permit limits based on the levels they are already emitting with an additional buffer added, which additionally lets Suncor take advantage of a legal loophole allowing companies within permitted limits to avoid disclosing their emissions.

The people living around the Suncor refinery have no voice in this discussion, even though they are paying the most immediate consequences for Suncor’s emissions. A 2017 study ranked the 80216 zip code just south of the Suncor plant, comprising the low-income and majority Latino neighborhoods of Globeville, Elyria, and Swansea, as the most polluted in the country. Residents suffer elevated rates of asthma, cancer and heart-lung ailments and have significantly lower life expectancies — the average life expectancy in Elyria and Swansea in 78; for Globeville it is 73. Down the road just 15 minutes in the wealthier neighborhood of Stapleton, the average life expectancy is 84.

This same dynamic exists across the country — poor communities are systematically targeted as easy dumping grounds for corporate pollution, as they have the least resources to fight back and defend themselves. Corporations’ drive to maximize profits incentivizes cutting corners, minimizing health and environmental protections, and covering up safety breaches. While the stated role of government regulators is to enforce limits on corporate activity to protect the well-being of the people and the environment, the government’s real role is to facilitate the functioning of the profit-making system. To do so requires keeping a lid on runaway corruption and destruction, but their regulations are not to disrupt a corporation’s ability to make profits.

The government is just as willing to trample the poor for its own reasons, as the people living in the north Denver-Commerce City area well know. The area neighboring the Suncor refinery has been the site of a heated battle over a major highway expansion proposed by the city of Denver. Despite vehement community opposition, the city is moving forward with the project, forcing many residents out of their homes and preparing to break ground for the new highway. Beyond the heavy machinery, and eventually heavy traffic, brought into the area, the digging involved in constructing the 14-lane sunken freeway will unearth decades of pollution encased in the soil, further endangering workers and the area’s residents.

The only force capable of taking on this united front between the state and corporations is a united front of the working class. All poor and oppressed people have a common interest in fighting together to secure a safe future for our communities and the planet. While it is the poorest people on the front lines, the devastation of our air, earth and water is rapidly threatening the lives of all people. The current ruling class of corporate stakeholders and their paid statesmen have proven beyond a doubt that they cannot be entrusted to run society. We must build the movement to wrest control out of their hands and put society under the collective control of the working people.