Renewing socialism after the Cold War 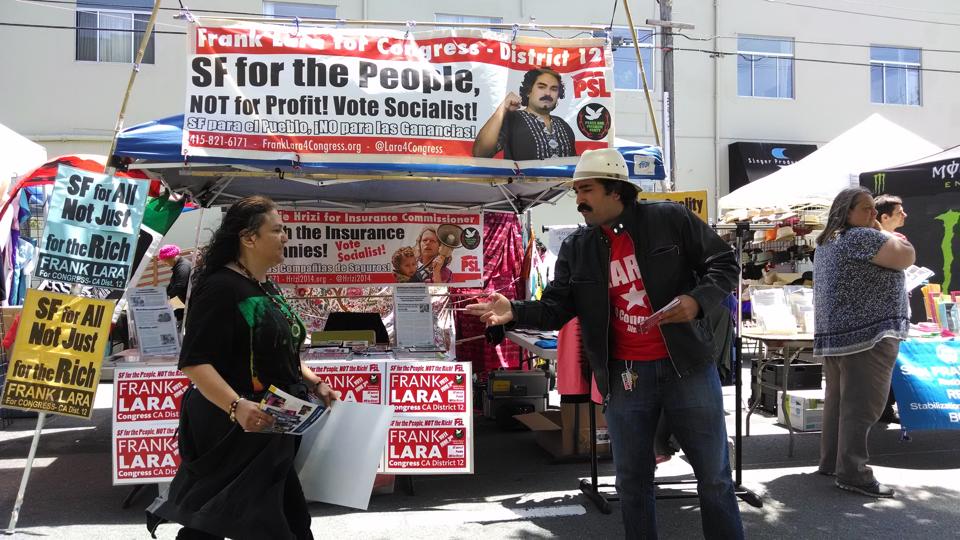 With our own media, electoral campaigns, forums, classes — and a lot of street outreach — the PSL has been hard at work to popularize socialism in the United States.

Why the PSL was formed

The PSL is one of the few socialist organizations that has formed in the period after the fall of the Soviet Union and the end of what was known as the “Cold War.” Understanding the impact of that war, as well as the opening of a new post-Cold War stage, is a fundamental part of why the PSL was formed and its perspective into the future.

Decades of attacking the Left

For most of the twentieth century, the U.S. capitalist class was the dominant power in the world, and its top political priority was to defeat the Left.

Regardless of whether they were Democratic or Republican politicians, liberals or conservatives, whether they worked for one or another corporation, no matter what other things they disagreed on, for this objective the imperialist leaders united. They understood that the Left presented the only real alternative to their rule, a world order based on a radically different economic system and class power. In the period known as the Cold War, they were single-mindedly obsessed in their attempts to destroy this alternative, both in the United States and around the world.

They attacked movements, as well as states. They carried out assassinations and wars. They enforced economic blockades and trade wars to isolate left-leaning states. They funneled money to anti-communist parties. They bought journalists worldwide and created news stations altogether to spread misinformation. They made anti-communism a required part of every schoolchild’s education. They selected art, literature and movies that best carried out their propaganda. They conducted witch-hunts to fire, imprison, deport and diminish the influence of communists in every field — from teachers to industrial workers, actors, and musicians. They sponsored murderous regimes across the globe all to prevent “another Cuba,” “another China” or “another Vietnam.”

This was a war for which the U.S. ruling class enlisted all its available human and financial resources. Its entire sprawling bureaucracy, police forces, intelligence agencies, and expansive military were all mobilized for this task. Beyond this “hard power,” the official opinion-makers in the universities, political offices, news media and popular culture did their best to discredit and malign Marxism.

From revolution to counter-revolution

Ultimately, these efforts had their desired impact. Mass socialist parties and movements were repressed and broken up, while others adopted conciliation and cooperation with the capitalist class. Where revolutions succeeded — and this appeared to be an unstoppable trend in the 1950s, 1960s and 1970s — the new governments were bombarded, isolated and weakened. The imperialists exploited contradictions inside the communist world movement, most notably between the Soviet Union and China, to their decisive advantage. The final victory, capping off this global trend of counter-revolution and anti-communism, came when the Soviet Union was broken up and capitalism reintroduced there.

The Cold War was over. Capitalism was triumphant. Communism was dead. This was the “conventional wisdom” broadcast in every way throughout the world.

Formation of the PSL 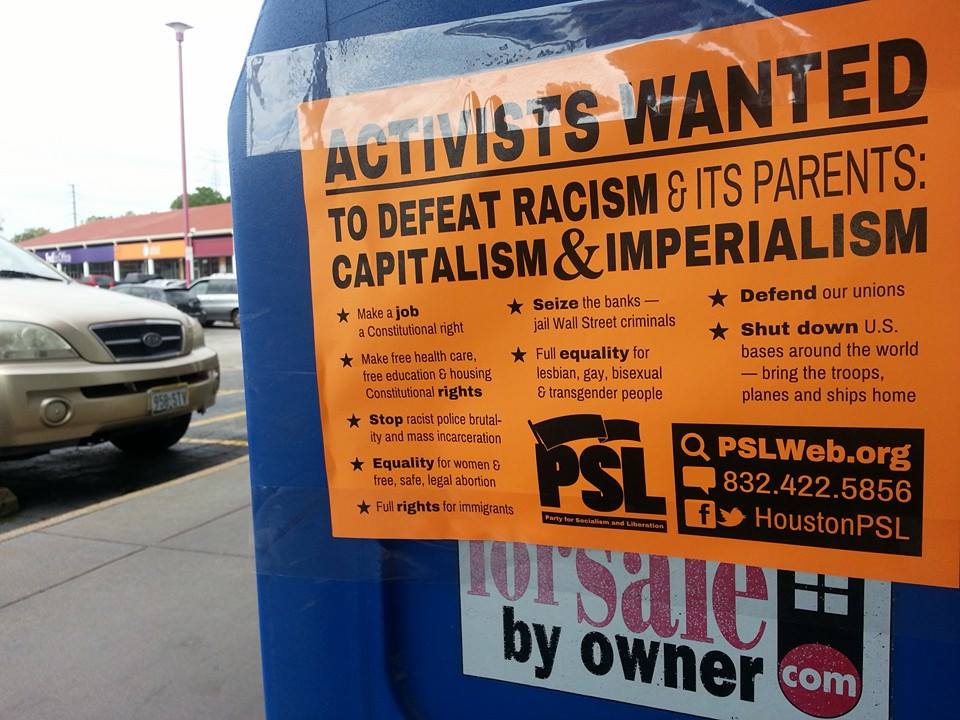 A flyer promoting the PSL in Houston, Tex.

The PSL was formed in 2004. The broader climate of politics was only just emerging from the shadow of the Cold War, and there was no sudden mass interest in socialism and communism prompting the formation of the PSL.

There were no great socialist powers that would inspire the world with their example. Although there were ongoing socialist revolutions in several countries, their lessons and experiences were not resonating as powerfully in global consciousness the way that the Soviet Union — together with Cuba, China and Vietnam — had for previous generations.

So why were we formed? Those who came together to create the PSL ten years ago recognized that regardless of the circumstances, the objective potential remained for the revival of revolutionary socialism. Despite all the triumphalism, capitalism would only be able to create a world of imperialist war, growing hunger, economic crises, deepening poverty, racism, sexism, and oppression.

In the next wave of struggles — now taking place outside of a Cold War context — there would be potential to reintroduce socialism and Marxism on a mass scale because only they could speak to, explain and resolve society’s growing contradictions. It would have to be reborn, just as it was initially born, in the people’s struggles. It would have to be reborn not in isolation from bourgeois ideology, but in direct combat with it, as a living polemic against the ruling class.

To carry out this principal task — the popular explanation and reintroduction of socialism — requires organization. Without organization, revolutionaries have no way to train and recruit, to broadly synthesize the many experiences of the class struggle, to quickly respond to politics in the moment, and to defend the movement.

That has been the PSL’s focus for the last ten years — to boldly popularize socialism, readily recruit revolutionary-minded people to the socialist outlook, and build organization — and this has been adopted as the organization’s strategic priorities going forward. The PSL membership and leadership have many exciting projects in the works to advance these goals, including the re-launch of Liberation News, as a highly interactive and participatory website that integrates on-the-ground militant journalism, investigative reporting and socialist blogs that tackle current events.

Our founding members knew from the beginning that this would not be an easy task. Counter-revolution remains the dominant global trend, and socialism can only be truly reborn in connection with a global movement. Whereas previous generations of working-class fighters could study, follow and be inspired by the simultaneous revolutionary processes in various countries, today’s young revolutionaries do not enjoy a similar political climate. Therefore, while the goal is to open a new and exciting chapter of socialist renewal, this must be tied to a thorough study of the previous chapters, learning from their positive and negative lessons.

The ruling class still hates and fears socialism, but there is new space and opportunity to rebuild revolutionary socialism right under their noses.

If you agree, join us!