In response to an emergency call to action from the Embassy Protection Collective — a group of anti-war activists including members of Popular Resistance, the ANSWER Coalition and Code Pink — people from across the East Coast gathered in Washington, D.C. on May 4 to counter the increasingly abusive right-wing mob that had massed outside the Venezuelan Embassy in an attempt to illegally seize the building on behalf of U.S.-backed coup leader Juan Guaidó.

The collective is inside the embassy as invited guests and tenants of the legitimate government of Venezuela led by President Nicolás Maduro. After the latest military push began on April 30, Guaidó supporters had hoped to walk into the embassy unopposed. However, their leader, the so-called “ambassador” Carlos Vecchio, had to literally flee the scene on May 1 when it became clear that this would be impossible. In response, the coup supporters were given a green light by police to impose a siege on the embassy protectors — blocking all entrances and preventing food and other essential supplies from coming inside.

The May 4 demonstration was a major success and showed the growing momentum behind the struggle to defend the embassy. The right-wing Venezuelan opposition members, coming largely from the country’s wealthy elite, has vast resources at its disposal unavailable to the grassroots organizers and used this advantage to outnumber the embassy protectors nearly every day earlier that week. However, on Saturday the progressive rally standing in solidarity with the Venezuelan people’s right to determine their own destine countered the opposing side in large numbers. This visibly demoralized the crowd of coup supporters, who had grown accustomed to being able to harass anti-war activists with impunity.

While the far-right opposition attempted to silence their voices with megaphone sirens, air horns and clanging on pots and pans, supporters of the Embassy Protection Collective stood their ground. ANSWER Coalition volunteers formed a highly effective security team that kept the crowd safe from provocations, and tirelessly led chants for hours to keep the energy high.

The coup supporters found a band to play music outside of the embassy, but 40 minutes later they were forced to leave as the anti-war, anti-intervention crowd was drowning them out.

Looks like the band is packing up after just 40 mins or so because they were drowned out by embassy protectors playing music on louder speakers pic.twitter.com/tcOgUZwDbP

The anti-coup rally also expressed outrage at the behavior of the Secret Service since the situation at the embassy began. In addition to carrying out unjustified arrests of embassy protectors, through their willful inaction the police have effectively given the right wingers a blank check to behave in ways that would not be tolerated for one second at a progressive demonstration.

The night before the rally was a restless one for the activists in the embassy besieged by the right-wing opposition, who were blaring strobe lights into the building, carrying out acts of vandalism and hurling racist and sexist slurs. Emergency action had to be taken to prevent an outright break-in.

A violent right wing mob is about to break into the embassy and assault peace activists there. Law enforcement is standing aside, authorizing it. Read letter below, pls share w/ media & elected reps!

The activists woke up on the morning of the rally to even more chaos as one member of the Embassy Protection Collective was being arrested by the Secret Service. Two individuals were arrested outside of the building after attempting to simply set up a tent outside of the embassy, something that the coup supporters were allowed to do multiple times.

Medea Benjamin of Code Pink recounts what happened to the member who got arrested.

None of these acts of harassment or false arrest have dampened the spirits of the embassy protectors inside or outside the building. The strong showing of support on Saturday provided renewed energy in their fight to withstand the right-wing’s siege and deny a victory to the puppets of U.S. imperialism who seek to end the Bolivarian Revolution that has done so much to empower the poor and oppressed of Venezuela. 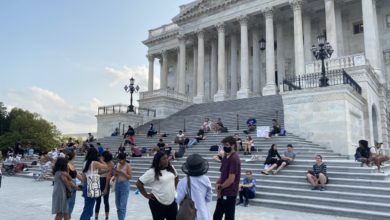 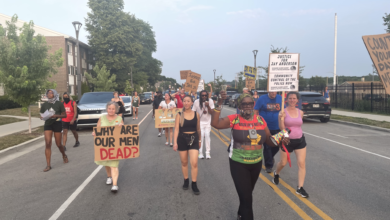 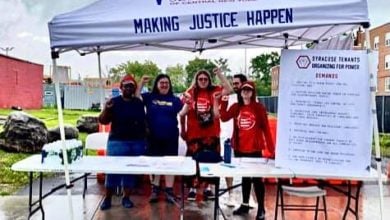 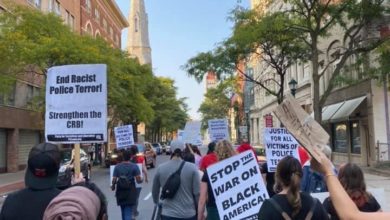