Since the appointment, every mainstream media headline has boasted non-stop about Mueller’s impeccable credentials and impartiality. A closer look however reveals that Mueller’s record is anything but progressive from the perspective of working people.

The rise of America’s Top Cop

Mueller was a soldier in the U.S. army during the genocidal war against the people of Vietnam and Southeast Asia. A graduate of University of Virginia, Mueller made a career as a corporate and government lawyer.

A reliable Yes Man, he proved from early on his allegiance to the rich and powerful.

When Mueller prosecuted Manuel Noriega, he made sure that any mention of Noriega’s role as a CIA agent was inadmissible in court. He was formerly a litigator as WilmerHale, a law firm which has represented Jared Kushner and Paul Maniford, among other members of the 1 percent. When Muller was tasked with investigating the Bank of Credit and Commerce International, he ignored their money laundering and connections to the Bin Ladin family, the Bushes or anyone else deemed inconvenient.

After J. Edgar Hoover, Mueller was the longest serving FBI Director. He was the agency’s head, from 2001 to 2013, under both the Bush and Obama administrations.

Originally appointed by George Bush, Mueller oversaw an anti-Muslim campaign that violated the civil rights of tens of thousands of Muslims. The FBI and police departments across the U.S. spied on and infiltrated peaceful Muslim religious and student organizations. Part of the agents’ training included manuals that described the prophet Mohammed as “a violent cult leader” and Islamic charities as “terrorist organizations.” Along with Attorney General John Ashcroft, Mueller was responsible for the persecution and rounding up of 1,200 innocent people. Those who were illegally detained are currently suing Mueller in federal courts.

Mueller’s FBI also assigned undercover agents to find vulnerable individuals who could be manipulated into uncritically latching on to elaborate terrorist ideas or plans the FBI agents themselves introduced. These entrapment techniques landed many unsuspecting individuals in prison.

Though it was U.S. bombs exploding over Iraq, Afghanistan and throughout the Muslim world, the entrapment strategy gave the U.S. war-makers what they wanted: catchy headlines that inverted the victims and aggressors.

The FBI: A sordid history

The media’s “Mr. Clean” is anything but. Mueller consistently trampled on the Constitution in his 12 years as FBI Director.

The Occupy movement was another one of Mueller’s targets. Working with Homeland Security, Mueller oversaw the surveillance of peaceful protesters involved in Occupy encampments across the country.

It is worth remembering the FBI’s very reason for existence is to immobilize social movements that pose any threat or perceived threat to those in power.

The FBI played a role in the assassination of Martin Luther King and Malcolm X. They orchestrated the murder of Black Panther Party (BPP) leaders; just in 1969, 26 Panthers were gunned down. Ward Churchill’s Agents of Repression: The FBI’s Secret Wars against the BPP and the American Indian Movement is an insightful expose of the agency’s sordid history.

Mueller more than earned his place alongside his FBI director predecessors, including J. Edgar Hoover, in the pantheon of arch-defenders of the rich and enemies of working people.

Russia is not the enemy — our own ruling class is

Mueller’s investigation could take years to conduct. While it is difficult to predict the outcome, the accusations themselves, without any hard evidence, play a particularly useful role for the ruling class. It has the effect of pinning the Trump administration into an anti-Russia position.

It is important to clarify that our party, the PSL, has long been organizing against Trump, not because of any fear of Russia, but because Trump represents racism, misogyny and unrestrained capitalism. The fact that the Democrats oppose Trump primarily on the basis of Russophobia, while proposing no alternative program of their own, proves just how little interest they have in a real fight-back.

Russia-gate’s function is to distract the U.S. people from the real issues at hand.

In Robert Mueller, the intelligence community has found their faithful servant who is sure to uphold their “justice,” the justice of the 1 percent. It is only a people’s fightback movement that can topple Trump and the entire wretched system that produced him. 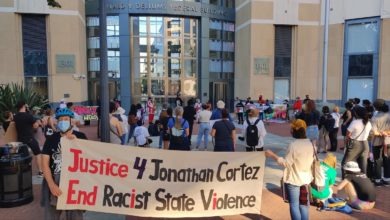 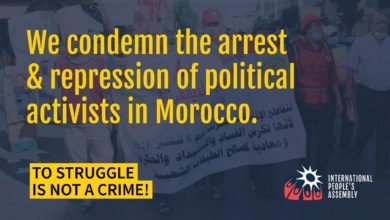 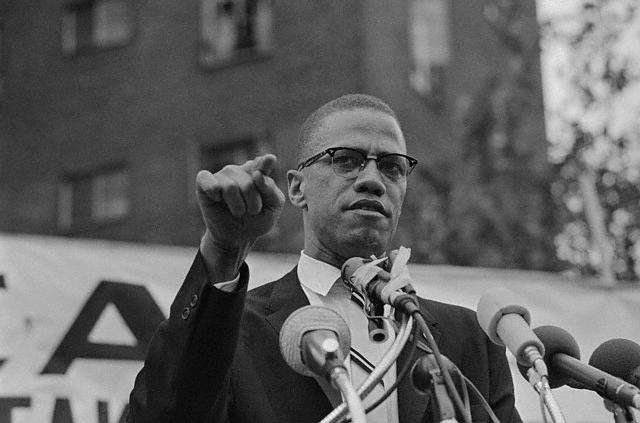