On June 22, the community of Barrio Logan, San Diego gathered for its Chicano Park Community Day, a day of family fun, barbecue and children’s activities. There were games, music, and food all provided for free for families to come and enjoy the park, and learn about the different organizations working in their community. The Party for Socialism and Liberation helped to organize this event with other groups such as the Brown Berets de Atzlan and Union del Barrio. 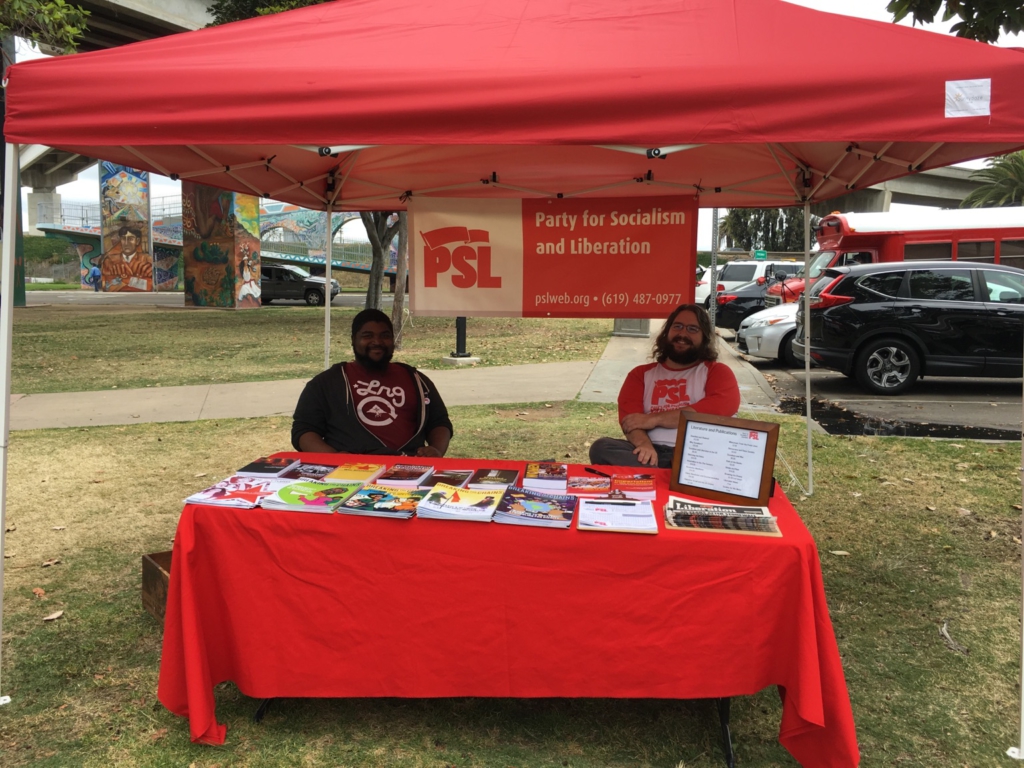 During this idyllic family day in the park, a group of onlookers were spotted right outside the main park, at a bench where far-right organizations have previously rallied, recording people. Once the rest of the park was notified of their presence, a large contingent of those present stood up and escorted the would-be police out of the park completely. But after they were gone, police in squad cars began arriving in droves, blocking traffic as they formed up in the street on the threshold of the park. Despite this obvious attempt at intimidation, the parkgoers stood together and demanded that the police leave, which they eventually did.

Chicano Park is a shining gem of people’s struggle in San Diego’s history. Originally planned as a California Highway Patrol station parking lot, the people of Barrio Logan, a Latino working-class community, took militant action to forcibly stop the construction of the station. They blocked and commandeered the construction equipment to instead use them to build a park.

In light of the Trump administration’s recent declaration of increased ICE activity it is no coincidence that police were caught this day recording and observing families in Chicano Park. True to its strong history of resistance, the parkgoers were able to deflect this prelude to further police aggression, and keep families that much safer from being targeted. Now is a critical time to defend Chicano Park and the greater Barrio Logan community.