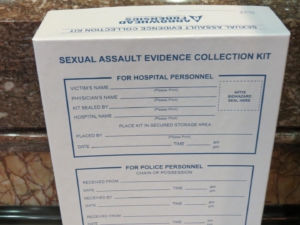 Six months ago Liberation News reported that New Mexico had the greatest number of untested rape kits in the country.

Since then despite a statewide audit, the crisis has worsened not improved. With over 6,000 kits left untested over the course of 30+ years, justice for victims of sexual assault continues to be blatantly disregarded by state officials.

Despite the so-called efforts made to decrease the number of untested kits, the problem is worsening. Tim Keller, state auditor, reported that the backlog of untested kits is growing bigger—some decades old, while new ones are added each day. Over 20 new kits are admitted to the Albuquerque Police Department each month with only four being processed every 30 days. This means 16 new kits are being added to the backlog monthly. State officials have failed to account for the tragic rape kit crisis in New Mexico—some implying that the urgency for accountability is overdramatic.

Albuquerque Police Department has only two fully trained DNA analysts capable of processing kits. Additionally, there are only two crime labs in the state for processing. Since the public announcement of the state’s egregious epidemic, hard-hitting solutions have only been proposed, while concrete changes remain unseen.

The lack of priority given to funding testing for the backlog of rape kits is especially disgusting when we consider that Albuquerque residents have been forced to dole out $30 million for civil law suits since 2010 because of routine police violence: Albuquerque Police shot and kill people, per capita,  at twice the rate of Chicago Police.

Outrageously, state auditors found that one-fifth of the kits were left untested because of a perceived lack of credibility on the part of the victim. This fact exemplifies how this crisis denies justice to victims of sexual assault and reinforces rape culture.

Victims that courageously report rape and abuse are put through further traumatizing and humiliating processes just for evidence to collect dust for up to decades. Some older rape kits will never be able to be tested or used in court cases leaving rapists and perpetrators free to harm more women in the future. Leaving kits untested discourages victims from reporting instances of sexual assault.

The New Mexico rape kit crisis represents how violence against women is disseminated by the U.S. justice system and how this violence is a symptom of women’s continued subordinate status in capitalist society.

Sexual assault is only one symptom of the violence women face under capitalism. Women lack access to basic services like healthcare, affordable housing and education, and face higher rates of poverty than men.

We need a new system that ends all violence against women—one that protects the people and not rapists.