Speak-out in San Francisco demands no war on Iran 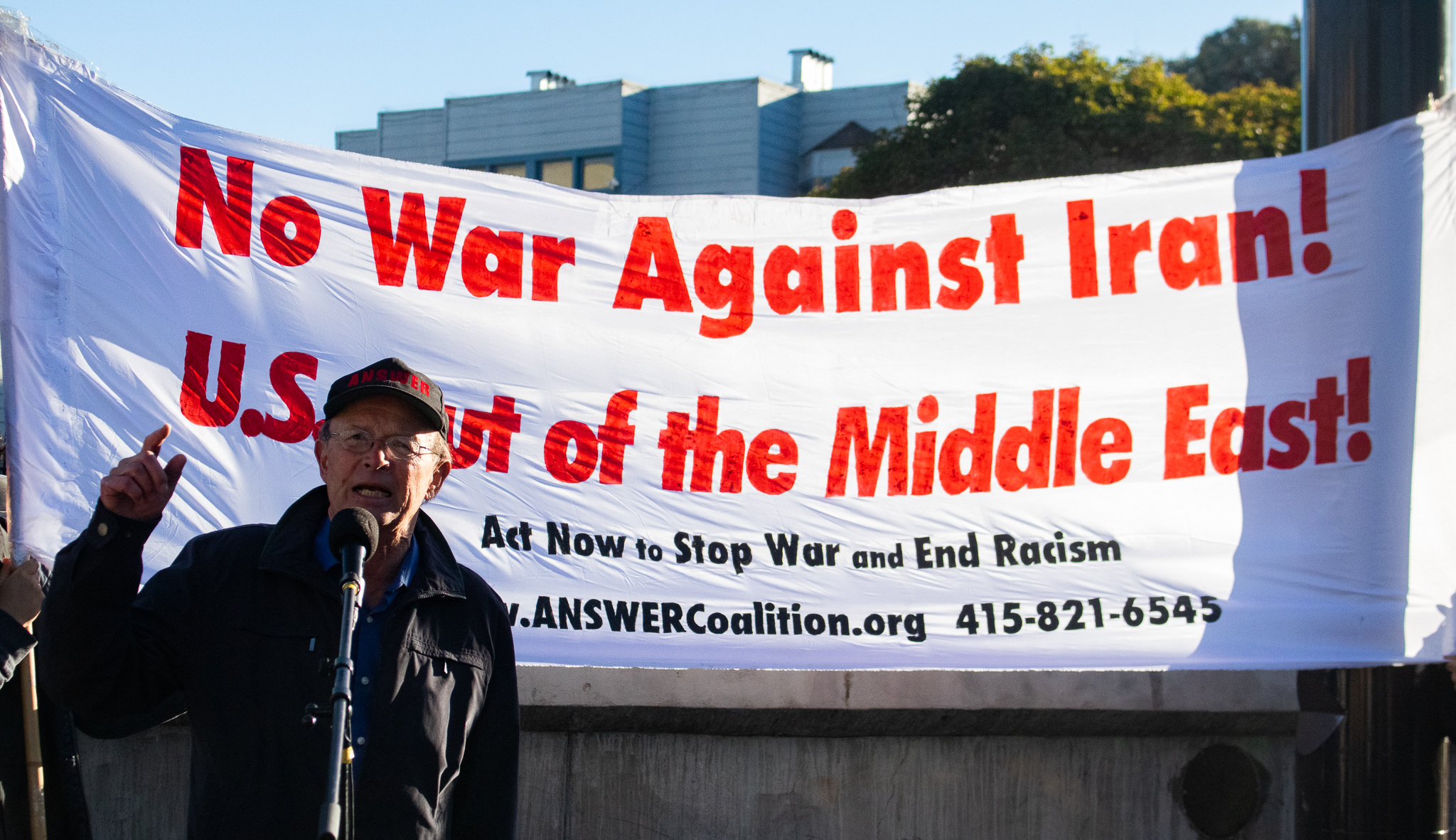 More than 125 concerned community members rallied to a call from the ANSWER Coalition at the corner of 24th and Mission Streets on June 26 opposing the United States government’s recent escalations against Iran. The focus was to condemn the actions of the U.S. government and to rally in favor of the independence of Iran.

Speakers from several organizations, including Iranian Americans exposed the lies of the Trump administration in seeking to blame the current crisis on the Iranian government. To add insult to injury, Trump has proclaimed that the escalated sanctions against and possible air strikes were all part of his interest in “making Iran great again.”

Demonstration participants highlighted their ideas of what would truly make Iran great by marching with signs reading “End sanctions NOW” and “Peace with Iran.” 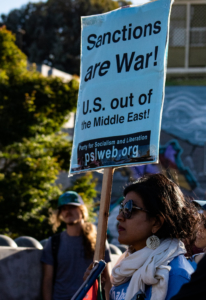 Iranian activist and member of the National Lawyers Guild Nina Farnia emphasized the devastating effects of U.S. sanctions on Iran, reinstated in November of 2018: “Prior to the sanctions, Iran had an excellent medical system. Access to radiation and other forms of cancer therapy is declining. Vital medical equipment is not being replaced like it used to be. People are dying as a result … this is economic war.”

Farnia also pointed out: “Iranians are not new to American violence. Iran was the victim of the first CIA -sponsored coup in 1953, removing widely loved and democratically elected Prime Minister Mohammad Mosaddegh.” Also, a peer-reviewed study conducted by Fatemeh Kokabisaghi, reported that sanctions implemented in 2012 caused “the import of medicines and raw medical materials to fall by 30-55 percent,” which “violates the Iranians’ rights to health.”

U.S. leaders have tried to justify intervening in a sovereign nation by claiming to be concerned for the well-being of Iranian nationals. On June 25, Trump tweeted, “The wonderful Iranian people are suffering, and for no reason at all,” outrageously feigning empathy for working-class Iranians. 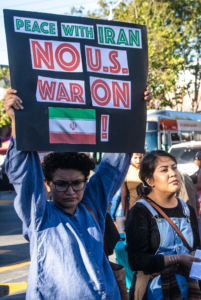 Jael, a San Francisco public school teacher and activist, used her rally platform to prove this notion to be not only irrational but entirely laughable: “This government tells us that they go to war to bring peace and freedom … war to maintain our peace and freedom. But, as a teacher in the Mission, I see that peace and freedom is very limited here.”

Jael touched upon the unlivable conditions that exist within her classroom like rodent infestations and leaky pipes, all of which are funded by the U.S. government, and drew attention to the hypocrisy of a country calling for peace by waging a war.

ANSWER organizers and speakers Patricia Gorky and Richard Becker emphasized that the struggle against intervention in Iran coincides with the Hands Off Venezuela and Cuba movements and the struggle for a free Palestine. Recounting the genocidal impact of the sanctions/blockade on Iraq from 1990 to 2003, Becker stated that sanctions should be considered a war crime.

In a statement by the ANSWER Coalition read by Party for Socialism and Liberation member Michelle Schudel, the group vowed to stand in solidarity with Iran and other oppressed nations against the relentless attack by the imperialist United States: “It is imperative that anti-war forces around the world demand that the Trump administration end the sanctions, military exercises, threats and other provocations against Iran. NO WAR ON IRAN!”