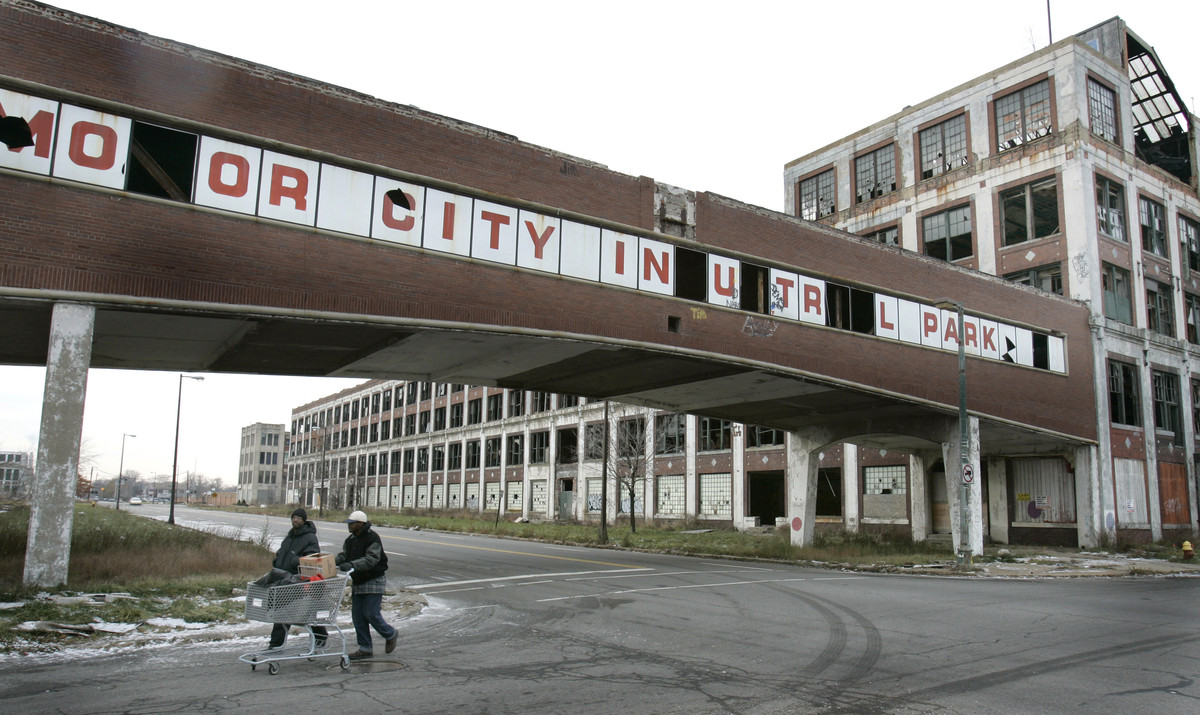 The old engines of capitalist growth are in decay.

Above, abandoned auto factory in Detroit.

How can young people avoid joining the growing ranks of the permanently unemployed or underemployed? Apologists for the system, especially in the educational field, talk all the time about the virtues of STEM – Science, Technology, Engineering and Mathematics. If young people tailor their studies to prepare themselves for a career in these fields, the story goes, they will almost always be able to find well-paying work.

But if this is the case, why did Microsoft just announce that they would be laying off 18,000 workers – the biggest mass firing in the company’s history?

It might seem as if Microsoft had an exceptionally bad quarter, was embroiled in a scandal or experienced some other sort of catastrophic event. But in fact, they laid off those workers because the company became stronger and more profitable. Advances in STEM may be new and exciting, but they are still subject to the insane logic of capitalism.

Microsoft is a monopoly – not in the sense that it is the only company that makes computers but because it can more or less control the basic features of the industry through economies of scale that create huge barriers to entry for would-be competitors. “Price leadership” and other mechanisms ensure that big monopolistic firms cooperate more often than they compete.

Most of the laid-off workers used to be employed by Nokia, an enormous European corporation that was bought by Microsoft in April. Nokia was big, but not big enough to resist being swallowed by Microsoft. Many of the former Nokia employees’ jobs became redundant once they become part of Microsoft – production became more efficient, so fewer workers were needed.

Proponents of STEM, who are often associated with the education “reform” movement that seeks to privatize public schools, advance a pretty straight-forward argument: we are living in an era of unprecedented technological advancement; as new technologies are developed new firms will be created and/or expand and need to hire more workers.

There is an element of truth to this. The constant development of the means of production has been a main engine of growth and change throughout human history. This observation is the basis of both bourgeois and revolutionary understandings of society (it’s the foundation of
Karl Marx’s argument in the Communist Manifesto).

However, over the history of capitalism there is a tendency for the new means of production to employ fewer and fewer workers. As technology becomes more advanced, many of the tasks formerly done by workers become automated. To illustrate this point, we can compare the current STEM revolution to a previous development of society’s production capacity – the explosion of automobile ownership in the 1950s, sometimes called the “second great wave of automobilization.” John Bellamy Foster and Robert McChesney use this example in their extremely useful book “The Endless Crisis.”

In the post-World War Two economic boom, U.S. capitalism could afford to significantly expand the purchasing power of most workers, which allowed the domestic market to absorb more consumer goods. This relatively brief period of prosperity was made possible by the incineration of vast swathes of Asia, Africa and Europe in the most deadly conflict in human history, leaving U.S. businesses to dominate the world market.

One of the pillars of this new economic arrangement was near-universal car ownership. Millions of automobiles were sold, and a national highway system was constructed by the government to stimulate this market – one of many examples of how monopoly capital is dependent on massive state intervention. In 1955, General Motors employed 624,000 people in the United States.

Google, on the other hand, had just 20,000 employees in 2011. Today’s great monopolies employ a tiny fraction of their predecessors  workforce. Capitalism may continue to revolutionize the means of production, but it needs fewer and fewer workers to do this.

The point is that as capitalism develops, the process of production relies more and more on advanced tools and infrastructure, sometimes referred to as “constant capital,” and less on human labor (called “variable capital”). It’s a total fantasy to think that the emerging monopolies in the STEM industries can absorb enough workers to significantly reduce unemployment.

Science is, of course, good. STEM is responsible for huge improvements in everyday life, and it’s great if young people are interested in studying these fields. But it’s no substitute for socialism.