In a 5-4 decision on Monday, the Supreme Court dealt a significant blow to voting rights in Alabama by preserving a map of the state’s congressional districts designed to minimize the influence of Black voters, and set the stage for another ruling that could potentially have national consequences. In the immediate sense, Monday’s decision overturned a lower court ruling that imposed a new map with two majority Black districts instead of one. That lower court decision was based on a finding that the existing map was in violation of the landmark Voting Rights Act of 1965.

As is the case every ten years when a new census is released, the Republican-controlled Alabama legislature recently redrew the districts that elect members of the House of Representatives. Several voting rights groups sued, arguing that the maps diluted the voting power of Black residents by packing them into a single district. Even though 27 percent of Alabama’s population is Black, only one of the state’s seven Congressional seats would elect a Black representative.

The Supreme Court decision, however, restored the racially discriminatory map at least for 2022 on the basis that the lower court’s intervention came too close to the date of the next election. They agreed to hold a full hearing later in the year, which would take up the issue of whether or not the map could be used in future elections.

When the Supreme Court hears the broader argument about the constitutionality of the map, it will bring a key provision of the Voting Rights Act, Section 2, into question. Section 2 prohibits racially discriminatory practices specifically in the context of voting district maps. With an overwhelming right-wing majority, it is possible that this provision will be completely overturned.

Both these decisions continue the erosion of voting rights in the United States as right-wing state governments adopt more restrictive rules governing elections every year. With the failure of Congress to pass federal legislation protecting voting rights, this problem continues to get worse and worse. The dissenting opinion from a minority of Supreme Court judges described the Supreme Court decision as a “disservice to the District Court. … And most of all, it does a disservice to Black Alabamians who under that precedent have had their electoral power diminished — in violation of a law this Court once knew to buttress all of American democracy.”

With a slew of high-profile cases the Supreme Court is slated to hear this year, it is increasingly clear that the right-wing justices will use every opportunity to take away key rights won by mass movements and move us backwards to greater inequality. In the spirit of the struggles that won the right to vote in the first place, a people’s movement is needed to force the right wing-dominated Supreme Court to back down. 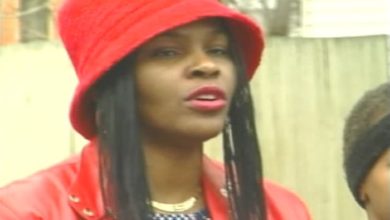