The boxing world and workers everywhere have lost one of their giants with the passing of Cuban heavyweight champion Teófilo Stevenson June 11.

The 6 foot 3 inch, 209 lb. boxer is one of only three fighters to win three Olympic Gold medals alongside Hungarian László Papp and fellow Cuban Félix Savón. He was on track to achieve a fourth gold medal in the 1984 Olympic Games in Los Angeles but Cuba and 12 other socialist countries joined in solidarity with the Soviet Union’s decision to boycott the games that year.

Fidel Castro summed up Stevenson’s selflessness in a tribute stating: “He could have achieved another two Olympic titles hadn’t it been for certain duties that the principles of internationalism imposed on the Revolution.”

What stood out about “el caballero del ring,”—the gentleman of the ring as he was popularly known—was not just his agility as a heavyweight, his jab which kept his opponents at a distance or his punishing right hand, but his integrity as a human being and boxing champion. In a conversation with Cuban youth, he stated “Sports is not about feeling superior to anyone else. Sports is about harmony.  It’s about our health. It’s not to mistreat anyone else. Sports is one of the healthiest things we have in society.”

Stevenson recorded 302 fights—losing only 22—an unheard-of number in this day and age. He never entered the ring with any intention of gaining money or fame, onlyfor the love of boxing, sports and competition in general. If some fighters could be considered one dimensional, Stevenson represented the very best of human qualities.

In an age where championship boxing fosters show-boating, arrogance and multi-million dollar fights, Stevenson offers us another model to follow. In the words of one of the Cuban Five, René González, “Stevenson was so modest he appeared to reject the very idea of his own greatness. As an athlete he made millions of his countrymen and women quiver; as a human being he merged with all of us; and despite his impressive physical stature, he was just another one of us.”

Imperialism —with its constant cliches in the media about “defectors” from communist countries— could never buy Stevenson. Even though he was offered $5 million dollars to fight Muhammad Ali for the world title in 1976, he declined, stating “What is one million dollars compared to the love of eight million Cubans? I wouldn’t change a piece of Cuban soil for all the money they could give me.”

Teófilo Stevenson will forever be a shining example of hard work, humility and grace for young boxers and athletes the world over. Along with revolutionaries and boxing fans the world over, we offer our condolences to Stevenson’s family and to Cuba for this loss. ¡Hasta Siempre Campeón!

VIDEO: Messages of solidarity and Cuba’s statement marking 60 years of the U.S. blockade 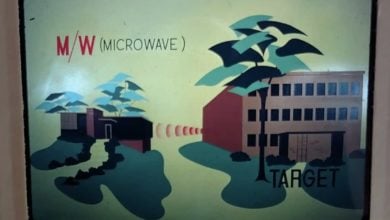