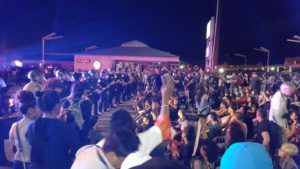 On September 27, in El Cajon, Ca., San Diego County police gunned down another unarmed Black person. Alfred Olango’s sister called 911, because he was having a seizure and needed immediate medical attention. The police responded and shot the man five times. Olango’s sister wailed in grief to the police: “I called you for help, and you killed my brother.” 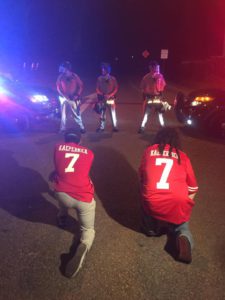 What’s happened here is yet another murder of a Black man in the U.S. by the government. Instead of an ambulance showing up, after 911 was called for a medical emergency, the militarized police showed up and murdered an innocent, unarmed person of color. In essence, Alfred Olango was murdered twice over, once by never receiving the medical attention he deserved, and twice by the racist police. 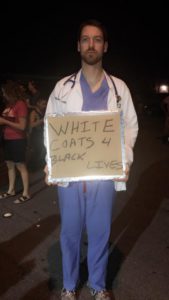 People have gathered in protest over the past two days to demand police accountability and justice for Olango and Liberation News was there with the people. Furious members of the community chanted “Black Lives Matter,” and “5678, America was never great,” as they took to the streets, blocking traffic with a march.

Many people shared their ideas on how our community can fight back terrorist police. Some advocated for revolutionary action and the necessity for organizing. Protesters were met with police in riot gear as well as Trump-supporting counter-demonstrators; however, the latter were swiftly removed from the area by the people standing strong against the continued racism that permeates our communities and countries. Protests are expected to continue over the weekend as more and more people pour into our community from San Diego County, Los Angeles, and even New York. 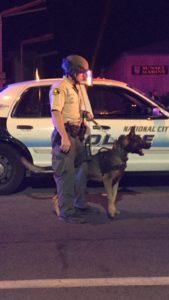 Over the past two nights, people took to the streets to demand that the video of Olango’s murder be released. People assembled peacefully for the past several days, yet last night (9/29) we were met with rubber bullets, flash bangs, and teargas. These attacks were unprovoked as the people were assembled in a peaceful protest in our demand for police transparency and accountability.

All revolutionary people should stand strongly with oppressed people struggling for justice and equality in the fight against systemic racism, and will continue to support the ongoing marches, protests and rallies held in the name of Alfred Olango.