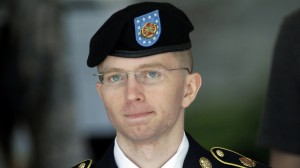 Chelsea Manning is a hero.

Just when the national obsession with Chris Kyle, the most lethal sniper in United States history, had seemingly reached its apex, Texas governor Greg Abbott piled more fuel upon the jingoistic fire. Recently he marked February 2 as a state-wide day of commemoration for the deceased veteran, a move sure to delight the conservatives that brought Abbott to power. But why has Kyle suddenly grown so popular, almost two years after his death?

Since the release of American Sniper, the cult of personality surrounding Kyle has swelled to considerable proportions. Bradley Cooper’s performance netted him an Academy Award nomination for Best Actor, and ticket sales have torn previous January records to pieces. The film portrays the Navy SEAL as a conflicted, good-hearted figure, who would hardly dream of pulling a trigger if not to safeguard his comrades’ lives. In addition, the geopolitical motives behind the Iraq invasion receive little attention, making this an excellent piece of context-free propaganda. Thus, Kyle has received praise throughout the country as a supposed hero, while the whitewashing of U.S. war crimes continues unabated.

But the movie goes beyond sanitizing Kyle’s blood-soaked, imperialist track record. By depicting him as a reluctant assailant, it ignores the shocking viewpoints he proclaimed in real life. In his best-selling autobiography, the sniper frequently referred to the Iraqi people as “savages,” and expressed outright pleasure in robbing them of their lives. Not a drop of remorse pervades those harrowing pages; instead, they feature sadism and racist contempt. This makes Kyle all the less deserving of glorification, and Abbott’s decision all the more appalling.

If Abbott declared a day of honor for, say, Chelsea Manning, that would be a real testament to the courage that can be found among the veterans of imperialist wars. Instead, he’s chosen to sanctify a cold-blooded killer, a move that should be denounced and resisted by all progressive-minded people in the state.