The Green New Deal: A real solution or political theater? 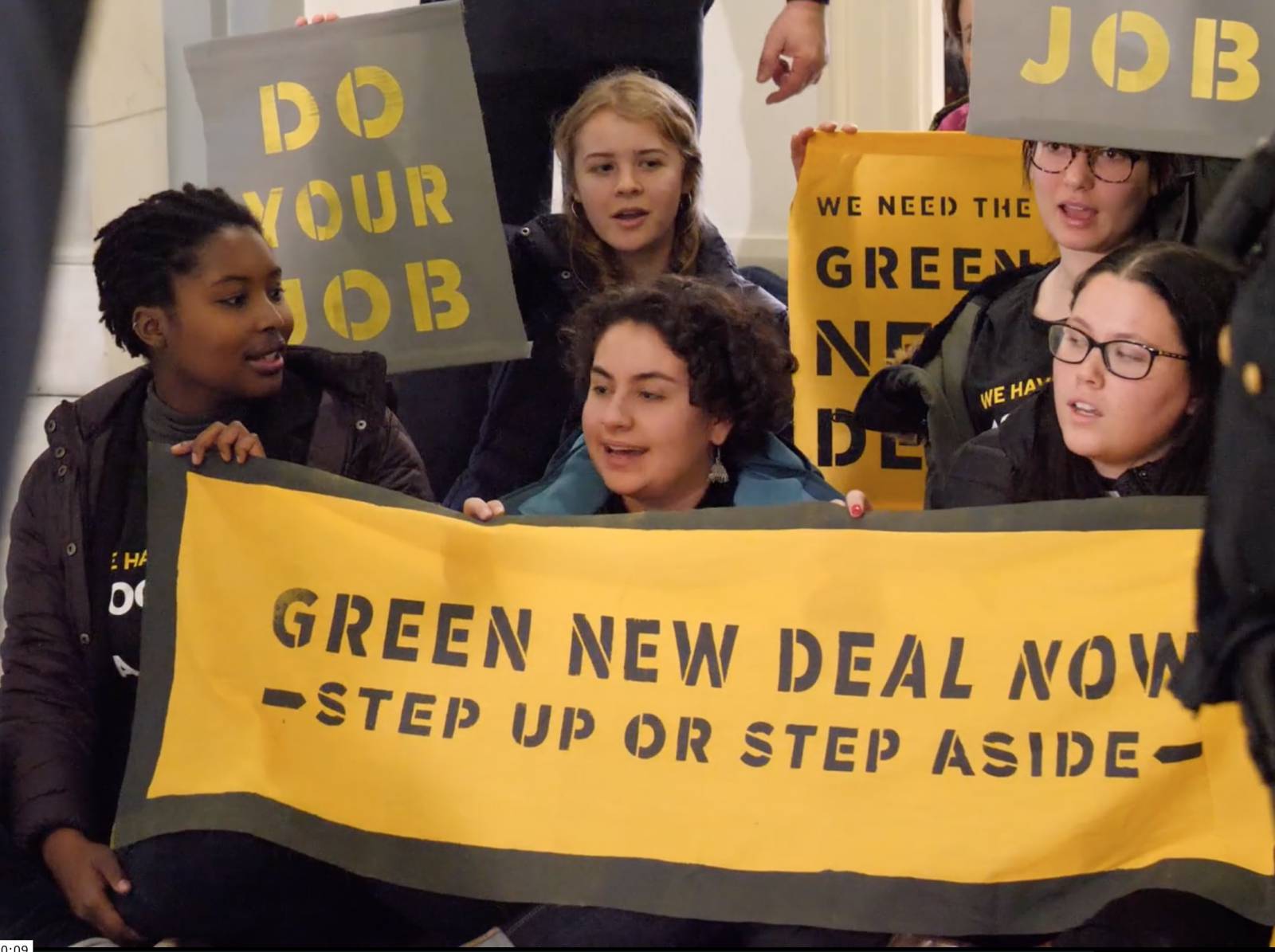 The Green New Deal, presented to Congress on Feb. 7, has been touted in the mainstream media as bold action on the climate crisis. But does the Deal have a chance of being implemented and does it even have any teeth to it? This is actually not the first Green New Deal. Presidential candidate Jill Stein first coined the term with the Green Party’s more left-leaning version in 2012.

The latest Green New Deal is a non-binding resolution calling for a Select Committee to be established with 15 members to be determined by Speaker of the House Nancy Pelosi and six by the Republican Minority Leader Kevin McCarthy. The Select Committee would then be tasked with drafting legislation to implement a “Green New Deal” that would aim to cut emissions by 40 to 60 percent from 2010 levels by 2030, and achieve net-zero global emissions by 2050.

Sponsored by House Democrat Alexandria Ocasio-Cortez and Democratic Senator Ed Markey, the resolution has the backing of 60 House Democrats — out of 235 — and only nine in the Senate, and so far lacks Pelosi’s endorsement. In an interview with Politico she dismissively referred to it as “the green dream or whatever they call it.”

Once again the Democrats are showing their true allegiance to Wall Street and Big Oil despite the urgency of the climate crisis as outlined in the 2018 National Climate Assessment — on top of decades of warnings from the scientific community — that stresses comprehensive action within the next 12 years in order to stave off climate catastrophe.

Republicans have been outright mocking of the resolution: “The socialist Democrats are off to a great start with the roll out of their ridiculous Green New Deal today!” said Bob Salera, a spokesman for the National Republican Congressional Committee. (New York Times)

Although the Deal lacks teeth, the silence from the majority in the House reflects their desire to continue with “business as usual.”

The goals outlined in Green New Deal are truly important. However, what has been introduced is more of a call to action than a piece of legislation. The resolution references “using a combination of the Federal Reserve, a new public bank or system of regional and specialized public banks, public venture funds and such other vehicles or structures that the select committee deems appropriate” and has no mention of diverting the bloated war budget or taxes on the rich.

The sponsors of the resolution seem to think that the very same interests that have caused the climate crisis will help solve it as they call for partnering with business, among others, to work out the details of implementation. But how can capitalist business interests be “partners” for the benefit of the people and planet when their top priority is quarterly returns to please their shareholders? Either the sponsors are naive about the inherent nature of capitalism or perhaps the underlying purpose is to open the door to further discussion on the issue within and outside the halls of Congress. Regardless of its purpose, Democratic Party hopefuls will likely be opportunistically using the Deal to win votes in their presidential campaigns — Senators Cory Booker, Kirsten Gillibrand, Kamala Harris, and Elizabeth Warren are all co-sponsors.

So if this Green New Deal is a dead end, what can be done? During the Great Depression, 15 million workers were unemployed. Lacking any social safety net, malnutrition and threat of starvation were the reality for many. Under growing pressure from the communist-led movement of organized labor, President Roosevelt implemented his “New Deal” through a series of reforms to create jobs and stabilize the economy.

The reason FDR implemented the New Deal,  much less extensive in scope than the “New Green” version, was not due to his concern for the starving unemployed workers, but essentially to keep revolution at bay as the mass labor movement threatened the very survival of the system itself. We must remember this was 1932, just 15 years after the success of the first socialist revolution in Russia where workers seized power from the czar.

We are currently in a very different place in regards to the political consciousness of the U.S. working class, but that can always shift — and shift quickly — as more workers recognize their power in united action and the urgent need to address the looming catastrophe. The recent successes of the teacher strikes nationwide as well as the airport worker actions that decisively ended the government shutdown bode well for a militant upsurge in worker mobilizations.

Based on Pelosi’s lack of support combined with a general lack of support in the House, it seems unlikely that the Green New Deal will get anywhere. Regardless, we need to continue educating ourselves and building a militant mass movement to build pressure from below demanding comprehensive action on the climate crisis. And if the government refuses to serve the people, we will transform the system into one that serves to benefit of all of society and the planet rather than to uphold the rule of a tiny clique of billionaires. We collectively have the power and knowledge to make the change that is needed and the time to act is now. To quote the final lines of Marx and Engels’ Communist Manifesto: “[We] have nothing to lose but our chains. [We] have a world to win.”