At least six bills have been proposed in South Carolina which all aim to ban teaching an accurate account of the role that racism has played in the history of the United States. The clear goal of this legislation is to deny the racist reality of present-day U.S. society by distorting the history that students learn in the state’s public schools and banning curriculum that seeks to explain how racism has shaped U.S. society since its inception. Some of the legislation even goes so far as to mandate the teaching of outright falsehoods.

Despite all the scare tactics and buzzwords used by right-wing politicians in South Carolina about “Critical Race Theory,” State Superintendent of Education Molly Spearman herself even admitted that: “The South Carolina Department of Education has no current or proposed standards that include CRT concepts …” It is obvious, then, that the bills are part of a wider campaign currently being waged by far-right politicians across the country — a sweeping racist attack against public education, academic freedom, and freedom of speech.

However, educators and students in the state are fighting back to demand the right to teach and learn the truth.

H 4325: Described as a bill for the “prohibition” of “critical race theory instruction,” this short amendment vaguely and inaccurately defines “critical race theory.” The insidious misrepresentation of CRT sets a disturbing precedent for politicians and the wealthy elite that controls them to determine what ideas are deemed acceptable.

H 4343: Named the “South Carolina Academic Integrity Act,” this bill explicitly seeks to ban the use of the New York Times’ 1619 Project in the classroom.

H 4392: The so-called “Keep Partisanship Out of Civics Act” seeks to suppress in-class discussion of “currently controversial issues of public policy or social affairs,” and would prohibit teaching that “slavery and racism are anything other than deviations from, betrayals of, or failures to live up to, the authentic founding principles of the United States, which include liberty and equality.”

In reality, one cannot accurately and truthfully teach the history of the United States, or seek to explain U.S. society today, without first understanding that the country was largely built by the labor of enslaved Africans on the stolen land of Indigenous peoples. Throughout the country’s entire history, the maintenance of a white supremacist social order was a dominating theme in politics — as was resistance to this order. Any idea to the contrary amounts to denial of historical fact.

H 4605: In the name of protecting children from “ideological coercion and indoctrination,” this bill would do just the opposite. This bill is a hideous piece of censorship which, like the others, seeks to shroud its bigoted intentions in deceitful language.

S 534: Where H 4343 would ban the use of the 1619 Project materials in the state’s schools, the ominously named “Restore America’s Foundation Act” seeks to mandate the use of materials from Trump’s 1776 Commission, which present an outrageously distorted view of the United States as a near infallible force for good.

It is shameful, almost laughable, the fantastic superstitions and mythic legends surrounding the country’s founding that this bill proposes to be taught to students. The bill would force teaching of, for example, “the life of young George Washington, including the Native American legend of his divine protection,” as well as a particular telling of the first Thanksgiving from the Pilgrims’ perspective. Of course, the language of the bill omits that Washington owned thousands of enslaved Africans and was referred to by a leader of the Seneca Nation as “Burner of Towns” or “Devourer of Villages.” Unsurprisingly, the bill does not require education about the history of Indigenous peoples before colonization.

H 4799: The most recent piece of legislation, this bill brings together the worst components of the earlier bills, including the intentionally erroneous definition of Critical Race Theory, the banning of the 1619 Project, and the withholding of funds from public schools, which deviate from the warped history prescribed in these pieces of legislation. Additionally, H 4799 is a major attack on public education in particular, as it would allow for the state funds denied to public schools to be reappropriated to private schools, and would prevent the public institution from receiving public funds for years.

Educators, students and parents are fighting back through their unions and community organizations.

William Maclane, a history PhD student, teaching assistant, and member of the United Campus Workers union at the University of South Carolina said: “As both a student and teacher of American History, I am strongly opposed to the swath of bills in the House.” Kate Kuisel, an undergraduate student of history at the university, is also a member of the United Campus Workers and history honor society Phi Alpha Theta. She plans to speak out against the legislation at the State House next week when the legislature will hold hearings on the bills. When asked for comment, she said, “These bills seek to create a false historical narrative that portrays American history nationalistically. In a state with a reputation for poor education, the children of South Carolina should not be forced farther behind the rest of the nation due to the political beliefs of entrenched prejudiced politicians.”

The NAACP Legal Defense Fund, ACLU, E3 Foundation, and Lowcountry Black Parents association have formed the SC Pro-Truth Coalition in opposition to the flurry of anti-truth bills. The organization is calling for community members to take action by submitting written testimony to state legislators, or by attending and speaking out at committee hearings, which are scheduled for Wednesday, Feb. 16. 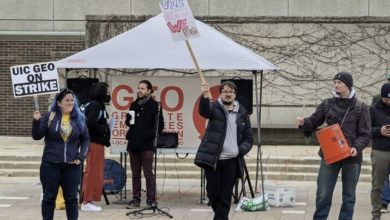