Nationwide protests happening now against the outrageous bombing of Syria 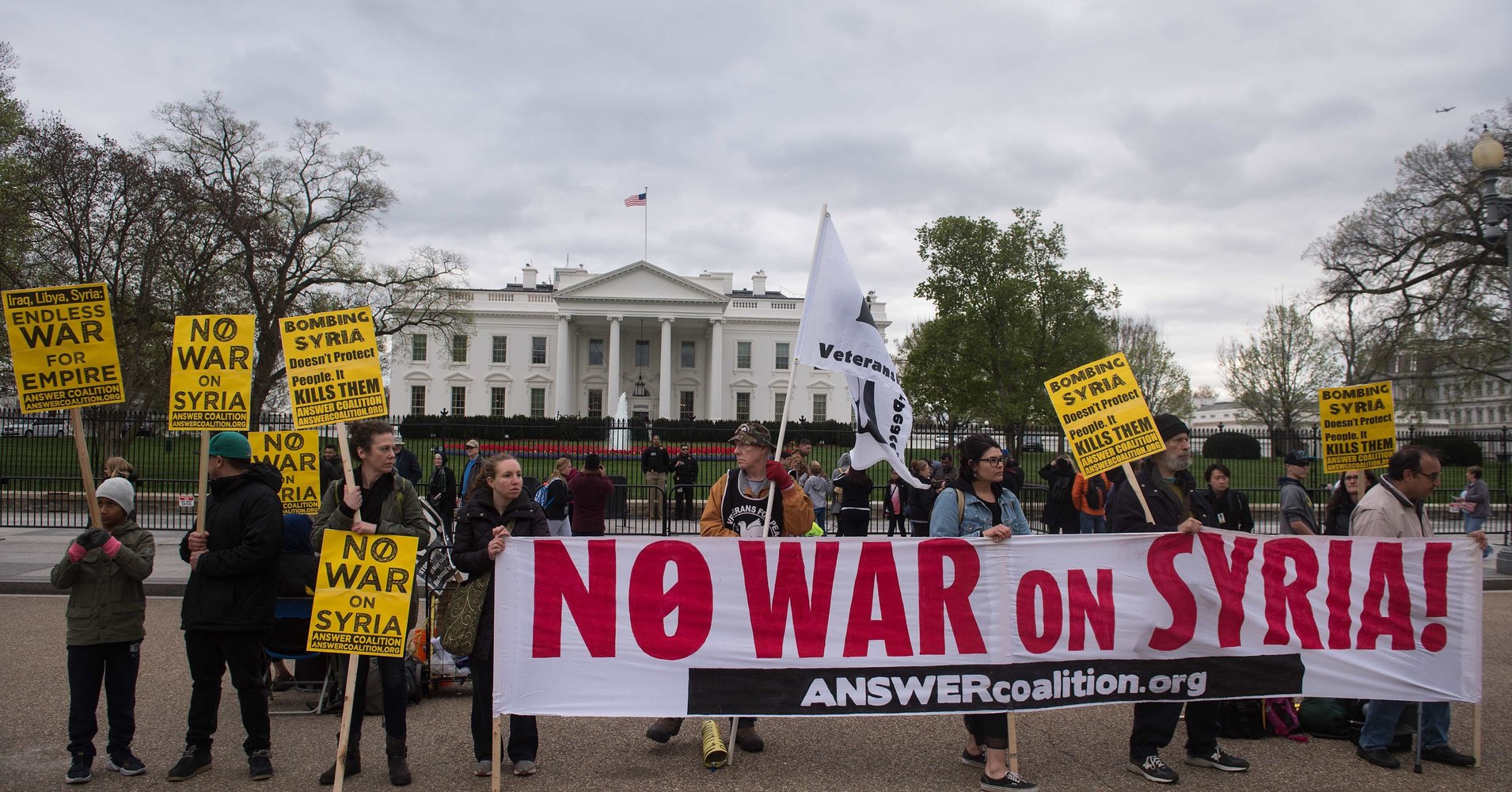 Take to the streets! For the third time in 15 years, the United States government has started a criminal war of aggression against a country and the peoples of the Middle East. Each imperial war is conducted under the pretext of a noble cause. The destruction of Iraq and Libya was conducted on the basis of false, lying propaganda. The illegal aggression against Syria likewise borrows from the George W. Bush playbook by insisting that this is all about chemical weapons.

Just as George W. Bush raced to go to war in Iraq in March 2003 to prevent weapons inspectors from verifying that Iraq did not possess weapons of mass destruction, Trump and the Pentagon raced to bomb Damascus before independent investigators could assess the facts about the alleged chemical attack. Just yesterday, Secretary of Defense Mattis said the United States has “no evidence” regarding the alleged chemical weapons attack.

As cruise missiles and bombs crashed into the Syrian capital of Damascus under the order of U.S. Commander in Chief Donald Trump, his critics in Congress and the corporate-owned media became his supporters. The great brotherhood of imperialism overcame domestic squabbles. Trump appears “presidential” once again.

We, the people of the United States, reject the notion of endless war, imperialism and militarism. We condemn Donald Trump and his rubber-stamp congress (including both parties) for conducting a criminal assault against the people of Syria.

Join us in the streets as we demonstrate in cities throughout the United States on Saturday, April 14 and Sunday, April 15.

This is a critical moment, please make an urgently needed donation to support the anti-war movement. We can do this work with you, but not without you.

Build the movement!
From all of us at the ANSWER Coalition