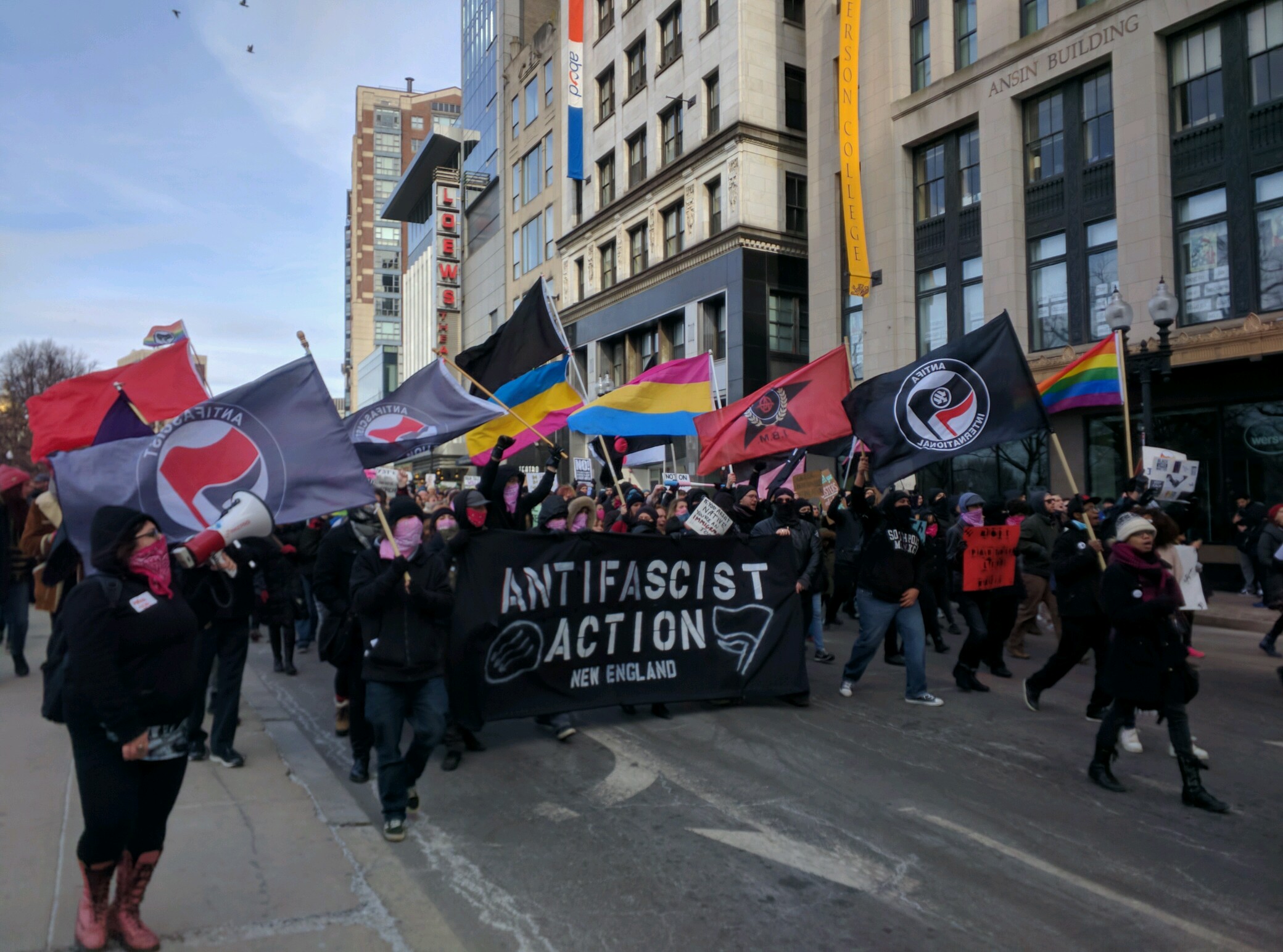 On February 5, hundreds gathered in front of Boston’s City Hall to declare solidarity with trans people and undocumented immigrants. Both of these communities face heightened repression by the new Trump administration’s ultra right reactionary measures.

In anticipation of a new executive order by Trump, Boston activists within the LBGTQ and immigrant communities, as well as supporters, mobilized in defense of their rights. In addition, the mobilization was specifically about building connections across various communities and single issue politics.

A statement released by the ad hoc coalition reads in part:

“The unconstitutional #MuslimBan impacts millions of people including Queer and Trans people; border walls and militarization means more deaths in the desert, including QT deaths; expanding raids and detention and deportations affects all of us and especially increases the violence that Undocuqueer folks experience; the return of the Global Gag Rule undermines reproductive justice; attacks on Native sovereignty through reopening #KeystoneXL and #NoDAPL are attacks on all Native people including Two-Spirit people; threats to implement voter ID laws in all 50 states because Trump lost the popular vote carrying the threat of disenfranchisement for marginalized voters; Trump’s promise to take Stop and Frisk nationwide will target Black and Brown people in every community, and we know that Queer, Trans, and Gender Non-Conforming Black and Brown people are among those MOST targeted by racist police violence; and, Trump is already reinvigorating and incentivizing a long-standing program that deputizes local authorities to enforce federal immigration law, regardless of Sanctuary City status.”

Liberation News was able to interview Diva, an activist and speaker at the rally on their thoughts on the Trump administration’s relationship with the trans and immigrant communities.

Liberation News: What was the point of today’s rally?

Diva: We came out to promote a message of intersectional solidarity, with special focus on queer and trans people of color. There is no such thing as a single issue person; we cannot thrive with a single issue movement.

Liberation News: What do you think about the resistance against Trump and his agenda?

Diva: Trump’s slew of executive orders are an attack to marginalized identities on every front. It is absolutely essential for us to stand with and for the most vulnerable among us. Taking the streets was the first step. Now we can connect and organize further action to protect marginalized people in a tangible way. From legal aid to emotional support, we will examine every aspect of our oppression and protect each others’ rights at any cost.

Liberation News: What do you think needs to happen to end the problems Trump is creating?

Diva: The overwhelming majority of Americans did not vote for Trump. If even half of us rise up, take a definitive stance against bigotry, and employ every strategy at our disposal, we can oust this illegitimate president and all of his ilk. Education is key. Most Trump voters cast their votes out of ignorance. Most people sitting on the fence can only be drawn to the right side with the truth. However, regardless of whose hearts and minds we manage to win, there is one fact we must establish. You don’t have to accept us, but you must respect our rights, you will not deny us the right to exist, and we will never be silenced.

Liberation News interviewed Anthony, one of the lead organizers about what Antifa is and why they had mobilized for this action.

Liberation News: So, what is Antifa?

Anthony: Antifascist action international is a globally occurring set of autonomous collectives that stand adamantly against oppression, fascist and otherwise.

Liberation News: Why are you a part of Antifa?

Anthony: I am a visible member because it is a way for me to use my white privilege to directly uplift and protect the voices of the marginalized/oppressed.

Liberation News: What is the importance of standing up for the LBGTQ community and immigrants today? What is Antifa doing locally around these issues?

Anthony: I myself am pansexual, I have a lof ot LBGTQiap+ friends and family, we are persecuted by the religious right. If allies do not stand up for us we will continue to be outed, bashed, murdered, sexually assaulted, or bullied into suicide. Antifa stands in solidarity with its LBGTQiap+ members as well as the entire community, as well as all marginalized communities and is willing to put our bodies and lives on the line in their defense. That said, today we mainly led chants and stood as a buffer between the pigs and the people.

During the demonstration people from the streets joined the march as they headed to Copley Square for a final speak out. Once there, activists denounced Governor Charlie Baker and his recent $98 million dollars in cuts to various social services which would disenfranchise thousands of Massachusetts residents. His cuts would see major cuts to anti-HIV/AIDS, elementary and secondary education, addiction disorder treatment programs, and youth programs.

Afterwards, a community meeting was held to discuss the purpose of the action. Various organizers from a diverse set of organizations were given the platform to speak about the work they do and how new activists can get involved.

As the Trump administration continues its reactionary course, it is pivotal that the masses take part in organized struggle and begin to build the relationships necessary to defeat Trump’s agenda and build a new world based on working class solidarity, socialism and liberation. 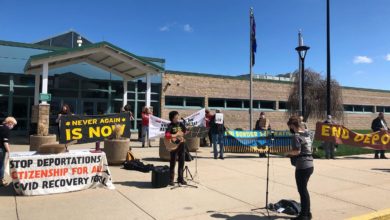 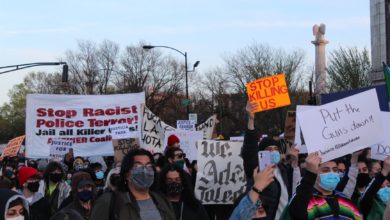 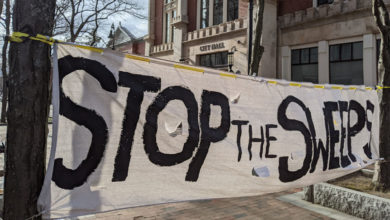 Homeless people in Manchester face yet another eviction; ‘Where are they supposed to go?’