Since the primary campaign began, the corporate media has been pushing two narratives: the Republican electorate will eventually come to their senses and reject Trump, and Bernie Sanders has no chance to win against the inevitable frontrunner Hillary Clinton. Both are false – wishful thinking from the mainstream of the ruling class – and the “Super Tuesday” results illustrate further their disconnect from reality.

Can anyone stop Trump?

Out of 11 states, the vicious racist Trump won seven, most of them by double digits. With the tremendous amount of free publicity he gets from major news outlets, Trump’s lack of a well-organized ground effort has proven to be no obstacle – every state that voted last night except Vermont broke its Republican turnout record. A strong fightback in society in general is developing, and an all-out war has been initiated by the Republican establishment, but Super Tuesday’s results were very promising for the Trump campaign as its message of hatred and militarism marches towards victory in the Republican race.

Trump came out on top among a broad cross-section of the Republican electorate. He is strongest among older voters and finds his key base of support among working and middle class whites feeling the bite of capitalist economic crisis, but there is no major demographic that any of his opponents can claim dominance of.

Ted Cruz, another far-right bigot, had as good a night as he could have hoped for, winning Texas, Oklahoma and Alaska, but has no realistic path to victory. His campaign strategy had always been to campaign hard and win big in the South on Super Tuesday, whose voters are disproportionately hard-right evangelical Christians. He did not achieve his goal.

Cruz convincingly won Texas, his home state which Trump forced him to actively contest. However, Cruz lost the rest of the South by a landslide, only coming close to another win in Arkansas. Rubio embarrassingly edged him out for second place in Georgia and came close in Alabama, and many exit polls have found Trump in the lead among evangelicals.

Ben Carson effectively dropped out of the race after a resounding and fully expected routing. His highly religious supporters will likely favor Cruz, but they are too few to swing the race.

Marco Rubio has been presented in recent weeks as the anti-Trump, the one candidate who can restore sanity to the Republican Party and lead it to victory in the general election. But under normal circumstances, a candidate in effectively a three-way race who has performed as poorly as Rubio would come under pressure to withdraw.

Rubio came in third place in all but three races on Super Tuesday. The Rubio campaign’s best hope for a serious sign of vitality was with a win in Virginia, but it was narrowly denied this by Trump. Instead, Rubio’s only victory – both of Super Tuesday and the entire primary – came in Minnesota.

John Kasich remains in the race, if for no other reason than to deny Trump a win in his home state of Ohio, and his supporters’ obvious second choice is Rubio. As is the case with Carson supporters and Cruz, Kasich voters would not be able to close the gap between Rubio and Trump.

The Republican establishment is not giving up without a fight, however. 2012 Republican nominee Mitt Romney gave a sharp speech March 3 denouncing Trump as a “fraud” and criticizing “bullying, the greed, the showing off, the misogyny, the absurd third-grade theatrics.” His comments were endorsed by John McCain, the 2008 nominee, and Romney called for a vote for any one of Trump’s rivals.

Meanwhile, a top Romney aide is running a new SuperPAC tasked with running anti-Trump attacks. If Trump survives and becomes the nominee, this will leave a gaping wound in the Republican Party as it attempts to contest (or abstain from contesting) the general election. The organizational unity of the party itself may even be called into question.

Sanders still has a fighting chance

Bernie Sanders remains a serious contender despite the obituaries that are being circulated in the media – a change of pace from the blackout they imposed on any substantive coverage of his campaign earlier in the race. He suffered some stinging defeats in the Deep South, but pulled off several impressive wins.

His victories over Clinton by 19 percent in Colorado and 23 percent in Minnesota were most significant. Inevitable frontrunners do not get crushed like this. Add to that an expected landslide in Vermont, a double-digit win in Oklahoma and a virtual tie in Massachusetts, and Sanders had a decent night on Super Tuesday. He continues to raise huge amounts of money in small donations, and has a massive lead among young people.

Throughout the South, Clinton racked up wins by a two-to-one margin, or more. Her dominance in this region is mostly due to the large proportion of Black voters in the Democratic electorate, among whom Sanders has very little support.

As Liberation noted after the South Carolina primary:

“Whenever the Clinton machine has occupied a position of power, it has waged unrelenting war on Black people. Hillary Clinton supported her husband’s successful efforts to gut the welfare system, justified in large part by the racist ‘welfare queen’ myth. She is a long-time supporter of mass incarceration and piled on to the hysteria about teenage ‘super predators’ at the zenith of the racist war on drugs – as Back Lives Matter protesters have pointed out in recent days. As Secretary of State, she was the main voice in the Obama administration for the U.S./NATO war that destroyed Libya, and committed massive violations of Haitian sovereignty. How could Clinton have such overwhelming support in this constituency?

Few things terrify the ruling class as much as independent Black political organization, and so it has been a top priority for the Democratic Party elite to co-opt organizations and leaders, including many that used to be enemies of white supremacy and capitalism. The party establishment has developed a stranglehold on the Black vote, and Clinton is their clear favorite. In addition, Clinton has opportunistically cast herself as a committed supporter of President Obama, defending him from the racist obstructionism of the Republican Party.”

As Sanders himself has stated, he cannot win without improving his standing among Black voters. But this early in the race, with Sanders’ campaign still well-financed and increasing attention being drawn to Clinton’s history of racism, it is far from a resolved question.

“Super delegates include Democratic governors, senators, representatives, and all 447 members of the leadership Democratic National Committee. There are 259 super delegates who have not committed their vote yet. Still, the overwhelming majority goes to Clinton [when the convention takes the final vote on the nominee], regardless of the primary votes. If the Clinton political machine steals the nomination from Sanders at the convention, we urge his supporters to reject such a blatant insult to democracy.”

Regardless of the election’s outcome, the social forces unleashed by the global crisis of capitalism, which have found a progressive expression in Sanders and a fascistic expression in Trump, will not quietly fade away. With organization and commitment, the millions of mostly young people who now identify as socialists, along with millions of other oppressed people disgusted by Wall Street and racism, can build a fighting movement to confront the bigots and defeat the system. 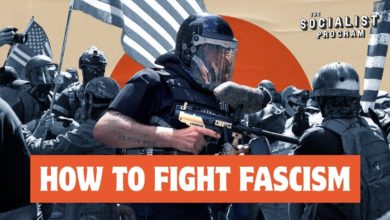 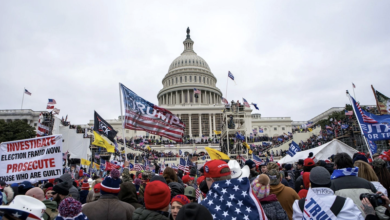