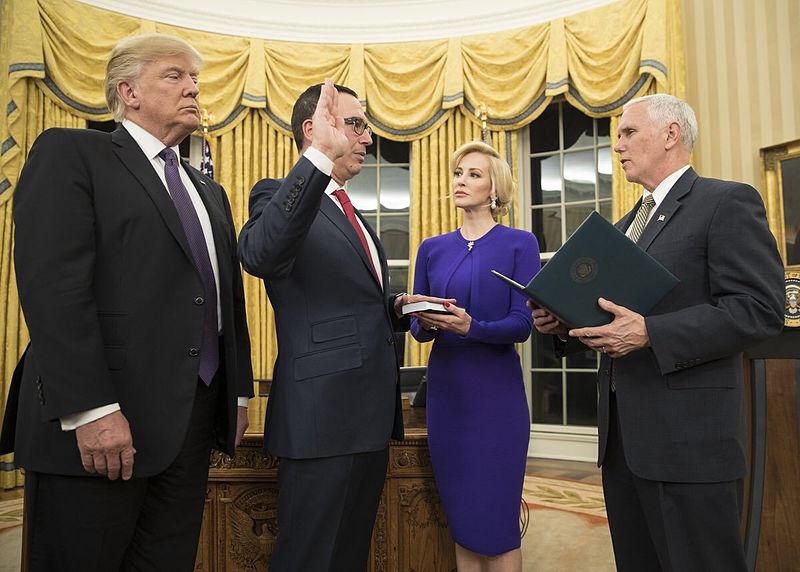 The conduct of the U.S. government since the beginning of the global Coronavirus pandemic has been nothing short of criminal. The Trump administration had plenty of advance warning that the virus was making its way to the United States before the first U.S. death was recorded on Feb. 29, and yet absolutely no national plan of any kind was formulated ahead of time.

Testing for Coronavirus infection was virtually non-existent, and no serious efforts were made to compel the mass production of these tests. Millions of workers continued to go to their jobs while they were sick because they could not afford to lose a paycheck. No considerations were made for those who were facing homelessness, incarceration in the prison system or detention in ICE facilities.

On March 11, Trump appeared on national TV to speak about emergency measures. But up to that point, he had downplayed the seriousness of the virus, claiming it was similar to the flu. The flu mortality average is 0.1 percent, while the coronavirus mortality rate is as high as 3 percent in many places.

No hesitation to bail out Wall Street

The pandemic triggered a stock market crash and raised fears of a long-lasting recession based on the already-existing weaknesses in the economy. Financial institutions went into a state of panic. But for the big banks, relief was massive and swiftly delivered.

Shortly after the pandemic reached the United States, the Trump administration along with Democrats and Republicans alike in Congress started preparing to bail out big corporations. While some plans included more concessions to workers who are bearing the brunt of the crisis, such as (very limited) paid sick leave and the expansion of food stamps, there is a clear ruling class consensus that hundreds of billions of dollars should be injected into the coffers of big business with virtually no strings attached.

On March 12, the Federal Reserve announced a $1.5 trillion bailout program in the form of short term loans. An additional $700 billion of aid in guaranteed asset purchases was announced on March 15. Interest rates were slashed to zero to facilitate free money flowing into the coffers of the Wall Street financial institutions.

When it comes to social programs like Medicare for all, wiping out student debt or combating climate change by transitioning from fossil fuels to renewable energy, the media and establishment politicians scoff and say it is impossible to pay for. But the ruling class had no problem finding literally trillions of dollars for the big banks and corporations as soon as assistance was needed.

Fight the virus, not the people!

While the Chinese people and their government battled the virus with remarkable success, a U.S.-led disinformation campaign fostered anti-Chinese racism. Stories proliferate print and electronic media of racist signs and verbal abuse of Chinese people and other Asian people perceived as Chinese.

In California, high school students assaulted a classmate, accusing him of being infected. College students have tweeted racist messages about dropping classes that have Asian students enrolled. In Los Angeles, a flyer with a World Health Organization logo was posted in an area neighborhood telling people to avoid Asian American establishments to avoid being exposed to Coronavirus.

Blaming a particular group of people for a medical crisis is not a new phenomenon in the United States. The history of the HIV/AIDS epidemic is a historically recent example of how the government and societal institutions were quick to first blame Africans, then Haitians, and then when the epidemic disproportionately hit the LGBTQ community gay men in particular.

The socialist plan: Lives over profit

Society does not have to be organized this way. The Party for Socialism and Liberation and the La Riva/Peltier presidential campaign are calling for a people’s program to fight the disease and the inequality that makes it so much worse.

Every worker regardless of immigration status or tax classification should be entitled to full sick pay and 100 percent unemployment insurance if they lose their job for any reason during the crisis. A nationwide moratorium should be declared ending evictions and foreclosures. War time emergency production measures should be implemented to compel the production of life-saving equipment and health system infrastructure.

Vacant housing owned by real estate speculators should be seized to house the homeless. Emergency networks for the distribution of high-quality food and supplies for free must be immediately created. All healthcare should be free, guaranteed as a human right and as an essential element of the fight against the coronavirus. Prisoners at particular risk should be freed, ICE raids should end and all detainees at detention centers released, and sanctions should be lifted on Iran, Cuba, Venezuela, North Korea and all other targeted nations.

The people of the United States and the people of the world can unite and defeat the virus. But that will require a struggle against the greed of Wall Street and the criminal negligence of the Trump administration.