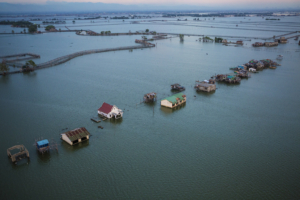 Recently, the Trump administration released a draft for the science funding component of the 2018 federal budget. It features nearly a 20 percent decrease in funding to many scientific departments including the National Institutes of Health, the Environmental Protection Agency, and the Department of Energy. A review of the proposed changes to funding, including complete elimination of some programs and departments shows a careful and specific science policy oriented around defunding programs addressing climate.

Details are scant in the proposed budget, with a more detailed proposal expected in May. What details there are include large cuts to environmental agencies and relatively smaller cuts to “pure” science, but those are coming with directives to eliminate specific programs. So, while National Aeronautics and Space Administration only sees a 1 percent overall reduction, that includes a 100 percent defunding for programs which measure ocean acidification and atmospheric carbon dioxide. The same story exists for National Oceanic and Atmospheric Administration’s sea change and the Advanced Research Projects Agency’s alternative energy programs, with a theme of climate change defunding becoming apparent.

Trump’s budget director Mick Mulvaney put it directly when he said “We consider [climate research] a waste of money.” This is not because the ruling class doesn’t believe climate change is real. They are simply frightened less of the existential crisis of global climate change and more of the risk that public knowledge and understanding pose to their ability to continue to make profits. They would like to sweep this issue under a rug rather than inform and likely anger the people who will suffer most from the damage done to our ecosystems. The enormous risk to our lives and to all life on Earth demands we not let them do this.

So far, the administration has made a series of belligerent threats to the rights of the working class, only to step them back after public outcry and even the resistance of other elements of the state. The drastic nature and obvious target of this latest development mean we should expect that the administration will stand behind this demand and for the next iteration to be an even stronger statement of anti-science, anti-people policy. Likely, the outlandish and unpopular NIH provision is a sacrificial item intended to appease opposition Democrats in order to gain the true goal of destroying climate change science in the United States.

We must continue to show that we will not stand for any policy that exposes poor and working people to an increasing food and water crisis. A people-focused budget must be demanded, with provisions for seriously tackling climate change and its effects, by developing sustainable energy and food production and funding medical research.