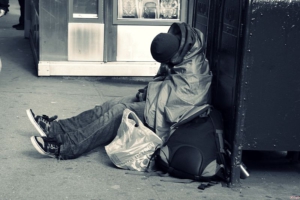 “There is no magic recipe for eliminating extreme poverty, and each government must make its own good faith decisions. But at the end of the day, particularly in a rich country like the USA, the persistence of extreme poverty is a political choice made by those in power. With political will, it could readily be eliminated.What is known, from long experience and in light of the government’s human rights obligations, is that there are indispensable ingredients for a set of policies designed to eliminate poverty. They include: democratic decision-making, full employment policies, social protection for the vulnerable, a fair and effective justice system, gender and racial equality and respect for human dignity, responsible fiscal policies, and environmental justice. Currently, the United States falls far short on each of these issues.”

These are the scathing words of Professor Philip Alston, Special Rapporteur to the United Nations on Extreme Poverty and Human Rights in a recent public statement on poverty in the United States. In a two week U.S. tour, which included Puerto Rico and major population centers on both coasts, the UN representative was shown a variety of examples of the abject poverty that is so common in the world’s wealthiest country.

Speaking on the conditions of environmental degradation in rural Alabama, Alston told Newsweek, “I think it’s very uncommon in the First World. This is not a sight that one normally sees. I have to say that I have not seen this …” Even the most fundamental necessities were neglected by local officials who claimed that such things as sewage treatment or ensuring satisfactory water quality were not their responsibility.

The report details the ways in which racist caricatures and popular myths about drug use are used to reinforce these measures once they are enacted. The pervasive myth within U.S. society that living wage jobs are prevalent and available regardless of education level contributes heavily to the discounting of poor people as being lazy or unwilling to “compete” in the job market. Interviews conducted across the U.S. revealed a pattern of misinformation that has led many of the most affected by the draconian cuts in public services to distance themselves from politics altogether. This only serves to strengthen the hand of the ruling class in whose interest it is to keep political consciousness low among the most exploited sectors of society.

The Special Rapporteur also identifies points of hope for the alleviation of poverty in these poverty-stricken areas of the United States. For Professor Alston, these are the grassroots organizations that have sprung up among the people themselves to organize their fight for decent living conditions. These community groups distribute food and water, medical supplies, and other services depending on their ability. Some local doctors and dentists have formed free clinics to serve the people in their area free of charge. These spontaneous formations show that ordinary people in all areas of the country respond to circumstances of extreme deprivation by organizing together with their neighbors to raise the quality of life for those lacking resources. In contrast to the dog-eat-dog portrayal of “human nature” as inherent to U.S. society, the work of these community organizations show a path of solidarity and sharing of resources rather than personal enrichment at the expense of the group.

As the report correctly points out, it is well within the means of the United States to provide these basic necessities to the people within its boundaries. All that is lacking is the “political will” to accomplish that task. The government has shown repeatedly throughout the years that it is not interested in the lives of working-class people anywhere in the world, not even of its own citizens.

Clearly, the Trump administration and the millionaires in Congress hold a complete disregard for the quality of life of anyone but themselves. The recently approved tax plan makes it clear that the agenda of the government is solely to advance the interested of the rich at the expense of the mass majority in this country. Far from presenting an opposition to this looting of the poor, the Democrats have shown themselves to be thoroughly reconciled to corporate handouts and have expressed only the bare minimum of token “resistance.”

In order to address the extremely pressing needs of the 46 million who officially live below the poverty line, the 23 million living in extreme poverty, or the over 13 million children who are officially poor, we must move beyond capitalism and beyond the ruling class duopoly that dominates and exploits us. To truly solve the crisis of poverty, we must have a true democracy, a socialist democracy, where the allocation of resources is determined by the working class for the benefit of all of society, instead of by a few influential parasites who control all of society’s wealth for their own enrichment.