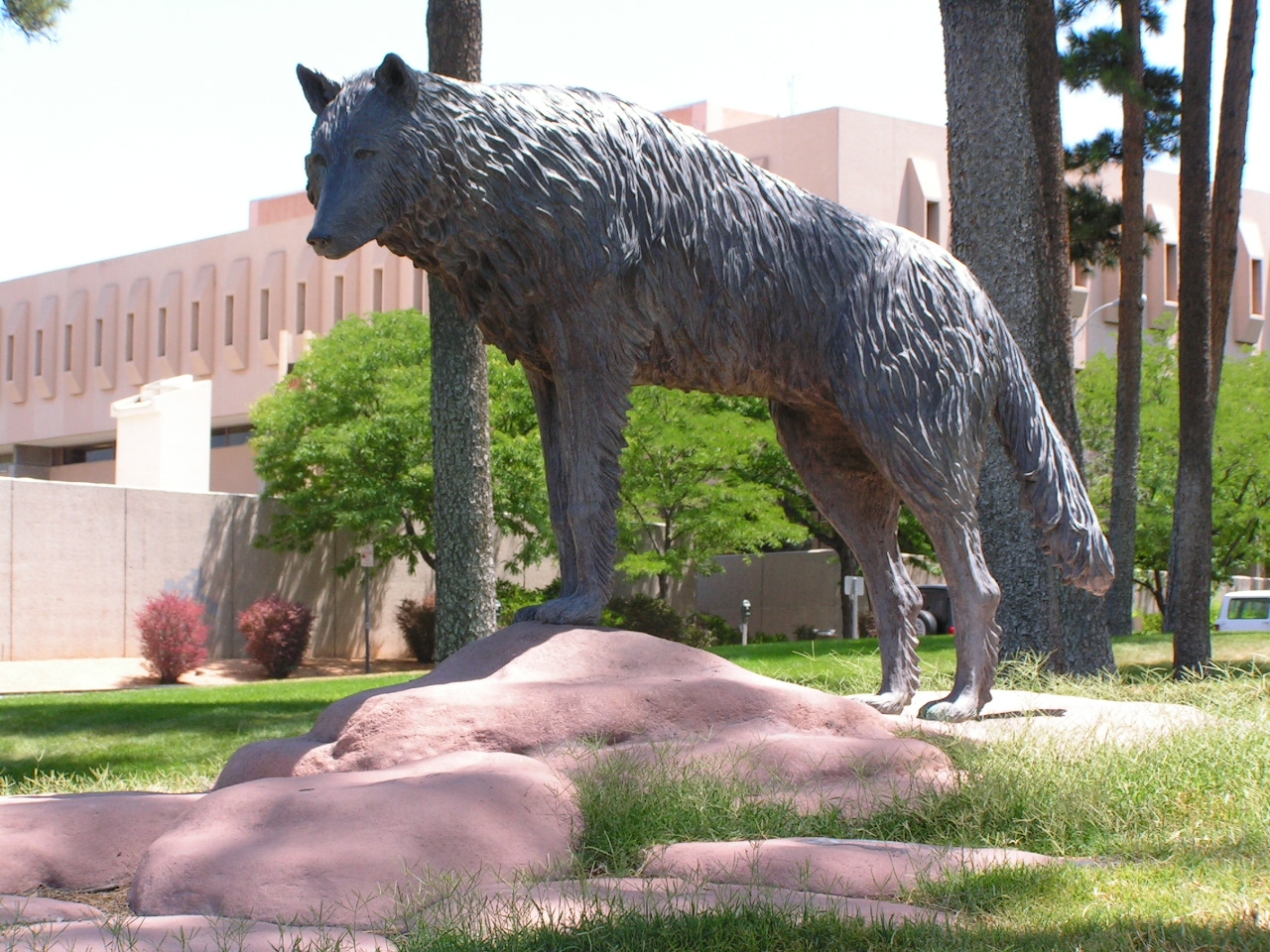 By Juan Fidel Larrañaga for the University of New Mexico

A major struggle for faculty rights has been taking place at the University of New Mexico in Albuquerque over the past several years. This contest is emblematic of what is taking place in other colleges and universities across the United States.

The nature and operation of U.S. colleges and universities has changed significantly over the past few decades. The number of people working in university administrations has grown substantially and so have their salaries. Leadership in higher education has begun to mirror a business culture. The cost of sports programs and coaches’ salaries take precedent over academic needs.

These developments have produced painful dilemmas for those who are charged with actually educating students.

In public universities, the decline in state financial support has led to major problems. Academic administrators have—by and large—reacted by reducing the number of full time tenure track faculty and relying instead on adjunct and part-time lecturers. By doing so, they are able to pay less in salaries and eliminate benefits.

In response to these developments, more and more faculty across the country are getting organized, getting in touch with such organizations as the American Association of University Professors, the American Federation of Teachers and the Service Employees International Union.  These organizations have been working with faculty to help organize collective bargaining units. A wide range of institutions such as the University of Oregon, the University of Connecticut, Wayne State University, Emerson College and several others have won the right for faculty to bargain with administration on essential issues.

These victories—and many others—have come only with long and very difficult processes.

These organizing drives reflect a clear sense of class struggle as faculties clash with business interests for greater control over decisions that affect their lives, professional development and student interests. An excellent example of this is taking place right now at the University of New Mexico in Albuquerque.

UNM faculty pushed to the limit

Faculty and staff at UNM have operated under a chaotic situation and a steady decline in state support for several years. In the last 17 years, seven different people have served as president. The problem was made worse by neoconservative Gov. Susana Martinez who appointed a board of regents which actively tried to run the university.  Under this same governor, financial support for the university declined significantly.

To make matters worse, few professors at any rank received a salary increase greater than the cost of living from 2008 to 2018. Overall university funding declined by $24 million over that period and the average faculty member’s real wages declined by 11.4 percent. A Democratic landslide in 2018 only improved matters slightly. The newly elected Gov. Lujan Grisham promised a 4 percent salary increase but only provided enough for a 2 percent increase. She told the university to raise the rest of the money on its own, which was accomplished by jacking up students’ tuition only to hand faculty a 3 percent increase.

This long term struggle has taken a toll on working conditions and morale. Faculty salaries have remained stagnant while costs for health insurance and retirement have risen, all of which is exacerbated by the fact that UNM salaries were already low across the board, and dramatically lower in comparison to similar universities.

The worse matters became for faculty the worse they became for students and learning conditions.  UNM has faced a decade-plus of steep cuts, undermining the academic mission and severely limiting the university’s ability to attract and retain faculty. Year after year, the state and administration have balanced the books on the backs of faculty, staff and students.

How it all started… five years of face-to-face conversations

Within this desperate situation and with a lack of administrative response, a handful of faculty came together five years ago to begin the process of developing interest among colleagues in forming a faculty union. It has been a long and painstaking process. The goal was to convince at least 30 percent of the total faculty (which includes the four branch campuses) to sign cards signifying that they supported the creation of a faculty bargaining unit.

Such activity on a university campus is difficult. Some faculty may initially believe unions are for “workers” not for “professionals,” or that campaigning for a union is demeaning to their professionalism. Nonetheless, a small group of dedicated faculty did the hard, grinding work of going from office to office to convince faculty colleagues to sign cards verifying their interest in starting a union. The response was largely positive, prompting organizers to contact the Association of University Professors and the American Federation of Teachers  to support the drive.

Both organizations responded positively. AAUP and AFT personnel travelled to Albuquerque and began to aid the organizing campaign. AFT organizers spread out over all five campuses and heard the same message: faculty want the concept of more faculty governance to become reality; they want to have a seat at the table as decisions are made; they want a voice in determining teaching loads, salaries, professional support, sabbaticals, working conditions, benefits and their costs. Organizers heard constant complaints about top down management and little recognition for the struggles that have developed over the last several years.

On February 13, United Academics of the University of New Mexico filed a petition to organize the faculty into a collective bargaining unit. Support is strong and widespread. Organizers submitted 1,000 signed cards out of 1,800 faculty. In other words, instead of the 30 percent needed, 60 percent of the faculty supported this step!

The administration’s strategy: buy time and litigate to death

University administration’s reaction was rapid and extreme. On February 28, the university announced that it had retained the law firm of Jackson Lewis to represent it in the negotiations with the union. This message of opposition from the administration could not have been clearer. Jackson Lewis is well known as the most aggressive union-busting law firms in the United States. It employes 900 lawyers across the country and has a union-busting track record in both the private and public sectors. It has been hired by several college and university administrations to stop unionizing movements and to break up existing unions. Even in the midst of difficult financial times, the UNM administration quickly coughed up a $60,000 retainer to Jackson Lewis—a clear message to the faculty.

Shortly thereafter, the university legal counsel filed a request to the UNM Labor-Management Relations Board to dismiss the union’s petition because “it includes so many different types of professors within the university,” a reference to full time, part time and adjunct faculty. She further claimed, “There are significant issues of scope and inclusion in the petitioned-for bargaining unit.”  By taking this step, the administration forced the issue to a hearing by the Board.

On the same day, March 18, the interim provost sent a letter to all faculty criticizing support for the union. He made it clear that over the next few months, several meetings would be held to force anti-union propaganda down the throats of faculty.

The UNM Labor-Management Relations Board hearing took place on April 29 at a hotel far removed from the main campus. The administration was represented by three attorneys from the university counsel’s office and two from Jackson Lewis. The union was represented by two lawyers retained by AFT from Yountz and Valdez law firm. Several faculty travelled from long distances, ready to testify for the necessity of the union. Testimony was not needed, however, because it was so clear that the union was on firm legal ground and there was no legal reason to stop the movement toward an election.

This result was a victory for the union. The university administration is now on record that the faculty has legal right to hold an election to determine whether the AFT will be their bargaining agent.

The organizing leaders wanted the election to take place before the end of the 2019 spring semester while momentum was strong, but the university is determined to delay for time and drag out the process and has forced the postponement of the election until  fall. Most likely, the election will take place in October. At that time 40 percent of the faculty must vote to make it a legitimate election, and a simple majority vote for the union will mean victory.

Gearing up for the fall unionization vote

When faculty return for fall semester the battle will begin anew. The campaign for positive votes will be renewed by the organizing committee and the AFT. Challenges will remain. The president and other top officials have made their continuing resistance clear. Jackson Lewis is still on retainer with significant financial support. The spirit of this year’s campaign to win strong faculty rights will need to be reasserted. Several new faculty will join the university and will need to be persuaded to support the drive.

The UNM experience is indicative of battle for employee rights across the country. The crusade to reaffirm faculty rights remains paramount. It is the only way the academic mission of UNM can be actualized.