The following is adapted from a speech given by PSL organizer Rachel Domond at an anti-war rally on January 4, 2020 in downtown Boston.

Peace, my name is Rachel and I am an organizer with the Party for Socialism and Liberation. We are one of the organizations that called this demonstration.

As we’ve heard today from many other speeches, for more than a century the region has become a stage for many forces contending for power. Millions have been killed, displaced and impoverished. Iraqis, Iranians, Syrians and Palestinians don’t want any country, foreign or regional, in their lands. The U.S. government installed this system in the first place, that allowed Iraq to become a playground for foreign powers. Working class, poor, oppressed and exploited people around the world don’t want war, but the big banks, oil companies and weapons manufacturers do! Top business people and high ranking U.S. officials are the people who stand to gain in any conflict. These entities will use U.S. troops as pawns for profit.

How many times have we been told the same lie?

How many times have our working class siblings been sent to die for the wealthy?

It is our duty as people living in the core of world imperialism to understand that war, violence and destruction keep the U.S. government running. We know that the United States government has an extensive history of intervention and war. Even the most progressive leaders in the U.S. have repeatedly supported war and death around the world. The empire has an interest, and that interest is not for democracy or oppressed people. Under capitalism, it will never be.

We know this system and both imperialist parties, Democrats and Republicans, support Trump’s war drive.

The United States Congress passed a $738 billion defense bill. That’s $20 billion more than last year, and $120 billion more than under Obama. Many Democrats voted for it, along with most of the Republicans. Congress has never authorized the use of military force against Iran, and in the initial House version of the 2020 National Defense Authorization Act, it was explicitly noted that there is no authorization for that war. We cannot rely on the Democratic Party “resistance” to move to halt this war drive. It has to be us, the working class of this country.

Thank you all again for coming out in defense of the right of people around the world to decide their own leaders, to determine how their communities will be run and by whom. The time is now to struggle collectively, take care of each other, and organize ourselves to take power away from the people who rule and run this country, the business people and so-called politicians who profit off the murder of people around the world.

No Justice, No Peace!
U.S. Out of the Middle East! 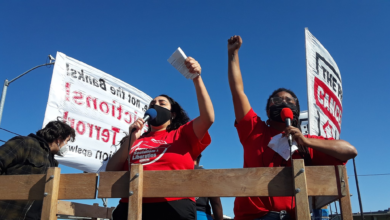 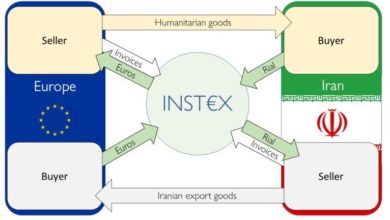 INSTEX: A way to get around US sanctions? 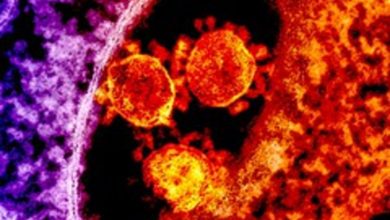