2021 has been a record setting year for space development, accompanied by relentless capitalist propaganda to shape how people relate to the increasing importance of the space industry worldwide. China has made great strides in developing its own space exploration capacity, launching its own space station and landing a rover on Mars over the summer. U.S. hostility toward China and Russia has created the conditions for a new space race with parallel plans for lunar bases, crewed Mars missions, and additional Earth orbital stations coming from the United States on one hand and Russia and China on the other. U.S. emphasis on private development and militarization adds another layer of complexity to an already unstable situation.

Bruce Gagnon is the coordinator of The Global Network Against Weapons and Nuclear Power in Space and sat down to discuss these crucial issues with Liberation News.

Privatization and militarization: Two sides of the same coin

Since 1969, the basis of international space law has been the Outer Space Treaty which provides that space, the Moon, and other celestial bodies be the “province of all mankind” and “not subject to national appropriation by claim of sovereignty, by means of use or occupation, or by any other means.” Additionally, the treaty stipulates that the deployment or testing of weapons of mass destruction in space is prohibited along with the creation of military bases or installations.

In recent decades, the limitations of this treaty and the related Moon Treaty have become apparent. Since 1981, the Prevention of an Arms Race in Outer Space Treaty has been forwarded by countries like Russia and China to expand the existing canon of international space law through the UN. This has been blocked by the United States repeatedly, and over the past decade in particular, the United States has also been moving rapidly to use it’s current dominant position in the space industry to set international norms on its own terms.

In 2015, President Obama signed the Commercial Space Launch Competitiveness Act which permits U.S. companies to “engage in the commercial exploration and exploitation of space resources.” The U.S. government claims that this is not an attempt to exert national sovereign or exclusive rights, which is tied to the increasingly privatized landscape in the U.S. space industry.

From the perspective of capital, President Trump took the next logical step in 2019 by establishing the U.S. Space Force as an independent branch of the military. The history of private property on Earth shows us that it always requires military might to ultimately back up the claim. As the United States seeks to allow private enclosure of the Solar System, militarization will inevitably develop apace. The risks of a space arms race is a terrifying prospect, but that is exactly what both the traditional NASA contractors and the new private launch companies want. SpaceX has already partnered with the Pentagon to provide rapid weapon delivery via rocket to any point on the planet in under an hour.

The record for most people simultaneously in space was broken twice in 2021. For a weekend in September, there were 14 people spread across the International Space Station, China’s Tiangong Station, and SpaceX’s Inspiration-4 mission. While exceedingly brief in duration, on December 11 Blue Origin’s New Shepard 19 flight brought six TV personalities and venture capitalists to the edge of space, briefly setting a new record of 19 people.

These “tourist” flights have been widely criticized even as the corporate-owned media breathlessly covers these short excursions of the ultra wealthy to the edge of space. In July, Forbes published a surprisingly critical column titled “Space Flight For Fun: Billionaire Egotism Trumps Sustainability.” Criticism from other large news outlets is along similar lines — the environmental cost of space launches, which is equivalent per flight to the lifetime emissions of billions of working people, cannot be justified.

Despite the private ownership, both SpaceX and Blue Origin are built on decades of publicly funded research and development, as well as heavily reliant on NASA and Pentagon contracts for their funding. “This stuff is funded by destroying the social safety net” and the ever ballooning military budget, Bruce Gagnon emphasized. The development of a space tourism industry is the tip of an iceberg.

China has had a strong year in space: the successful landing of a Mars rover on their first attempt, the launch and installation of Tianhe — the core module of a new space space station, Wang Yaping became the first Chinese woman to conduct a space walk, and China accounted for the most orbital launches of any country in 2021. Development of the next generation Long March 9 rocket, which will enable crewed lunar landings and more complex deep space missions, is nearing the end of its development stage.

The United States is attempting to use its current position to set international norms while it remains the dominant space power in the world. A recent paper in the journal Science describes in detail the ways in which U.S. policy is undermining international cooperation in space:

“Shortly after, NASA announced a plan for bilateral Artemis Accords, which, if accepted by many nations, could enable the U.S. interpretation of international space law to prevail and make the United States — as the licensing nation for most of the world’s space companies — the de facto gatekeeper to the Moon, asteroids, and other celestial bodies.”

It’s just this rapid pace of development combined with the anarchy of capitalist production that concerns the Global Network Against Weapons and Nuclear Power in Space. The prospect of using nuclear reactors for power generation and propulsion has been gaining traction within NASA posing a multitude of potentially catastrophic risks when launching radioactive material from Earth. A conflict in space could set off a chain reaction of debris, called Kessler Syndrome, that could take out hundreds or thousands of satellites and fill low Earth orbit with debris for decades.

While many of these concepts may still sound more like science fiction, the coming decade or two is the period where long lasting precedents for how humanity engages with the solar system will be set. The richest men on Earth are obsessed with establishing private space industries, whether Elon Musk’s longshot plan to colonize Mars or Jeff Bezos’ vision of moving industry to orbit, beginning with a private space station “business park.”

The propaganda offensive goes beyond fawning coverage of ultra-rich tourist flights and fear mongering about Russia and China. The vision propagated by Jeff Bezos of moving industry to space coincidentally resembles greatly the world of the TV show The Expanse produced by Bezos’ Amazon where generations of exploited workers mining the asteroid belt have become second class humans, subject to brutal corporate colonialism. Similar dystopian visions of the future are commonplace across all sorts of popular culture, but they are not inevitable.

“We have to get this right,” is the point Bruce Gagnon of the Global Network kept returning to. 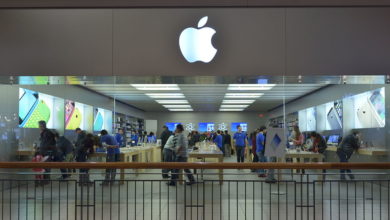