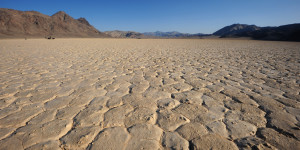 Originally published in Liberation Newspaper, May 2015

California Gov. Jerry Brown has imposed water rationing and restrictions to address an ongoing four-year drought that seems to have no end. The bulk of Brown’s restrictions are imposed on cities and towns, which are expected to meet a mandatory 25 percent decrease in water use. Rate hikes
and fines could be imposed on individuals for their consumption. These restrictions lead one to believe that washing dishes, long showers, car washes, watering lawns and filling swimming pools were mostly to blame for the problem.

Left out of Brown’s plan, however, are the banks, the oil companies, the bottling industry and the major farmers across the Central Valley region that are draining the groundwater. His plan has no long-term policies regarding devastating droughts and climate change in the future. A recent Science Advances study estimated that because of climate change the U.S. Southwest has a 50 percent risk of being struck this century with a “megadrought,” lasting longer than two decades. This would mean tens of millions of people in severe crisis. The ongoing battle over California’s water resources is a turning point for the whole country.

The biggest consumer of water in California is large agribusiness, gobbling up 80 percent of available surface water every year. The state produces half of the fresh produce in the United States and 90 percent of tomatoes, grapes, broccoli, lettuce, strawberries and wine. Practically all U.S. almonds, walnuts and pistachios are from California, as well as 20 percent of dairy products.

To put some of this production into perspective, it takes 700 gallons of water to produce enough alfalfa necessary for cows to produce a single gallon of milk and 425 gallons of water to produce just four ounces of beef. Producing a single almond requires at least one gallon of water. Last summer, several rural communities lost their source of water as aquifers and wells dried up. Many communities had to have tanker trucks pump water into their wells or have bottled water delivered.

So how has large agribusiness managed to keep overproducing during the longest drought in recent state history? They have simply drilled to tap groundwater reserves in what could only be called a “water rush.” This drilling is causing tremendous and irreparable damage to the environment.

The process of fracking, which involves the injection of water and chemicals deep into the ground, used about 70 million gallons of water in the past year. The total waste of water from oil and gas production was 42 billion gallons. This is enough water to provide for San Francisco for three years. Last summer the oil industry was found to have contaminated water wells across the Central Valley.

Meanwhile, Nestle Water has made news for extracting and transporting tens of millions of gallons of California groundwater without active permits. Its competitors like Pure Life, Arrowhead, Crystal Geyser, Aquafina and Dasani are also draining California’s water sources in over a dozen bottling facilities.

The corporate media narrative around the ongoing crisis in California has confused people in order to maintain the status quo. Most reports blame individual crops, or frame the problem as a struggle between rural and urban residents. The truth is this environmental crisis is of the capitalist system that pits a tiny handful of private owners against the masses of working people.

The political establishment is proposing new “water markets,” and the privatization of water infrastructure. The corporations interested in taking over the water distribution system are backed by large banks such as Goldman Sachs, JP Morgan Chase, Deutsche Bank and Barclay’s. These huge financial institutions have nearly doubled their investments in water, an attempt to profit from scarcity.

Other alternatives have been ruled out because they are “too costly.” The estimated cost to switch flood irrigation systems over to drip irrigation in agriculture is believed to be $1 million for each farm. A desalination plant built by the firm Poseidon Water is being constructed for $1 billion.

These costs, however, would be far lower were it not for the profits demanded by corporations and shareholders in the relevant technologies. Still, the price is a drop in the bucket compared to the tax breaks received by banks, agribusiness and oil companies in California alone. If the people seized the profits and operations of these industries, it could be used to drastically reform and reorganize agriculture, energy resources, and develop more efficient water technology.

The opponents of environmental regulations and bans on fracking say that they eliminate jobs. In fact, an enormous effort to build new and improved infrastructure, and create a sustainable economic plan, would vastly increase employment.

Such measures would prevent a massive social and economic crisis for a period of time. But they cannot on their own reverse the effects of climate change on a global scale. Only socialism, a society based on a centrally planned economy meant to meet people’s needs rather than maximize profit, can save the planet.