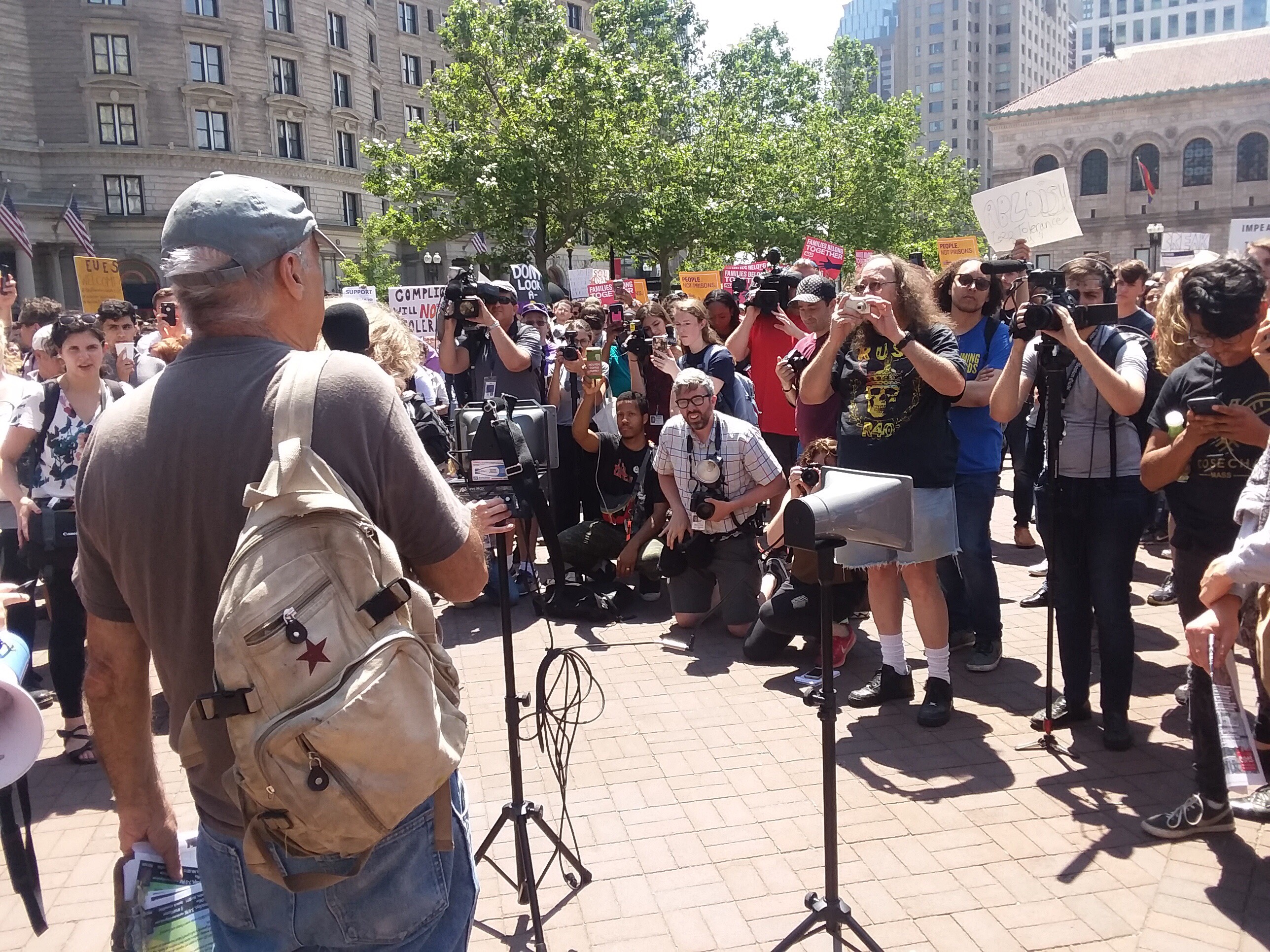 At 1:30 pm on June 26, hundreds of Wayfair workers walked out of their Copley Square office and gathered with community members from across the Boston area to speak out against the home goods company selling beds to furnish child detention centers at the U.S.-Mexico border. The particular sales in question were made to Baptist Child and Family Services, a private organization which operates multiple detention centers. Workers at Wayfair organized the walkout after first approaching company leadership with a petition — signed by 547 employees — condemning the sales, demanding the cessation of any future sales and calling for the creation of a code of ethics that would govern future business-to-business sales. They then held an internal town hall to discuss the issue. The company did not meet workers’ demands that the sale be halted nor, barring an end to the sale, that proceeds be donated to RAICES, the Refugee and Immigrant Center for Education and Legal Services. Instead, in the hours before the walkout, Wayfair announced that it will donate $100,000 to the Red Cross.

Workers and their supporters rallied at Copley Square, where Wayfair workers and representatives from organizations such as Mijente, Pride at Work, Cosecha, the Boston Teachers’ Union’s “Unafraid Educators” immigrant rights action committee, 32BJ SEIU, Boston Tech Workers for Justice and the Party for Socialism and Liberation addressed the enthusiastic crowd. At 2:30pm, the action ended with chants of “Donate the funds!”

In some of the first remarks, Wayfair worker Elizabeth Good decried the “concentration camps at our Southern border,” while Maddie Howard, another Wayfair worker and one of the organizers of the walkout, pointed out the contradiction between Wayfair’s slogan “Everyone deserves a home they love,” and the company’s willingness to profit from inhumane detention centers. Liberation News spoke with Howard more about why she and many other Wayfair workers walked out and where their power lies as workers. Howard told Liberation News: “It’s extremely important to make it impossible for these camps to function and for companies to conduct normal business with them. Our endgame is that the camps close, and we refuse to be complicit in making it possible for them to stay open or function. We have the power of withholding our labor and making a big impression on other companies who would consider doing similar business.”

In the middle of the action, an anonymous crowd member called out, “We got your back!” and was met with widespread cheering. Cries of “Hey hey, ho ho, ICE contracts have got to go!” rang out in the Square as members of HONK!, an activist street band, provided musical accompaniment.

Members of Pride at Work AFL/CIO Eastern Massachusetts were at the rally representing LGBTQ workers and allies. Gerry Scoppettuolo from Pride at Work addressed the rally: “We are here to support all the Wayfair workers in their organized condemnation of that company’s cooperation with Trump’s murderous policies on the border and elsewhere. Unemployed workers and peasants from Central America are fleeing their countries to come to the U.S. Why are they coming here to find work and survive? Because their governments, unions and economies have been undermined by the foreign policy of the U.S. going back to Reagan and before Reagan at the turn of the century. All for profits like the money Wayfair is pocketing off the incarceration of immigrant children.”

Some community members who attended the action spoke strongly about the importance of standing up for immigrant rights. Kathleen, an organizer with SEIU, got word of the rally and came out to support. Kathleen told Liberation News: “To blame immigrant workers, the people who are the most vulnerable and who are being exploited, is absolutely ridiculous. We should be blaming the people who are profiting off that exploitation and who want a system in place that exploits immigrant labor and all people for their labor.”

Other attendees connected the Wayfair walkout to the broader recent increase in organized labor militancy across the country. Nino Brown, an organizer with the Party for Socialism and Liberation, compared the Wayfair workers’ efforts to teachers unions that have gone on strike to fight for increased education funding, workers rights, immigrant rights and more across multiple states. Lena, an educator with the Boston Teachers’ Union’s immigrant rights committee, Unafraid Educators, echoed this sentiment: “Given that it is summer, and we can be here at 1:30 on a Wednesday, we will be here as bodies to support this movement and other workers in other industries and professions who are seeing this injustice and standing up to it.”