Several actions were organized over this past weekend across Pittsburgh to show solidarity with the uprising in Ferguson and connect it to the local fight for justice.

On the night of September 5, students organized a rally of about 50 people at University of Pittsburgh’s campus in the Oakland neighborhood. Students gathered at the busy intersection of Forbes and Bigelow and rallied for an hour with many drivers beeping in solidarity with the demonstrators.

Then a spontaneous march began that picked up people walking by and worked its way through the neighborhood chanting “I am Mike Brown,” the unarmed teenager murdered by Officer Darren Wilson in Ferguson.

Coming to an outdoor showing of a college football game, the students marched around the crowd and its police detail shouting “No justice no peace, no racist police!” Several Palestinian students were also part of the rally and led chants of international solidarity such as “From Ferguson to Palestine – racism is a crime” and “Occupation is a crime.”

The march came to an end in the still busy intersection of Forbes and Bigelow. Gathering in front of three full lanes of cars stopped at the red light, the students put their hands up and the lanes erupted with honking in solidarity.

At noon the next day a diverse rally of about 150 was held as part of the September 6 nationwide call to action. It was at the historic Freedom Corner where the gentrified community of the Hill District stopped a second wave of urban removal of the predominately Black community to expand around the Civic Arena (now Consol Energy Center) in the early 1960’s. The location of the rally symbolized that the struggle against police brutality today is just the latest stage in a much longer and deeper struggle against national oppression, and the mostly young crowd showed that a new generation were mobilized to carry on that fight.

Activists from organizations such as the Party for Socialism and Liberation, ANSWER Coalition, Families for Justice and Healing, New Voices Pittsburgh, and many others spoke about how racism and police brutality have affected their lives and how both are intimately tied to the system itself.

Essence Howze, who labelled herself a third generation Black Panther, courageously called on the crowd to start fighting back and defending themselves against the racist and murderous system.

Community leader Renee Gray told the crowd that they hold the economic power to shut this system down – she ended her speech by having the crowd raise their fists in the air and chant “Resist!” The overall message of the rally was clear: the time to act is now, and we will win by organizing our communities to fight back.

After the rally, ANSWER Coalition activists hosted a screening at the Hill District public library of the Liberation News documentary “No Justice No Peace: California’s Battle against Police Brutality and Racist Violence.”

After the film, Khalid Raheem of the New Afrikan Independence Party described one way to carry on the struggle against police impunity in Pittsburgh by proposing reforms to break the power of the Fraternal Order of Police.

Julia Johnson, an activist in Families for Justice and Healing and one of the organizers of the afternoon rally, tied the prevalence of police brutality in oppressed communities to the “War on Drugs” and shared her family’s experience with the state’s desire to lock people away and destroy families rather than give them the help they need and ask for.

The activities in Pittsburgh since the murder of Mike Brown show that the uprising in Ferguson has taken the struggle to a new level.

Pittsburgh residents are currently fighting for justice for Leon Ford Jr., a 21-year old Black man who was shot five times and left paralyzed after a cop jumped into his car at a traffic stop. Leon’s trial for allegedly assaulting the officer began on September 2, and he faces up to 20 years in prison.

A petition to drop the charges against him has nearly 23,000 signatures as of September 8. In the case of Ariel Lawther, the 19-year-old lesbian attacked by a cop on video for arguing with anti-LGTBQ bigots at PrideFest, city officials and an internal police department investigation cleared Officer Souroth Chatterji of using excessive force.

However, key evidence such as a nearby security camera that captured the whole incident was withheld from Ariel’s civil attorney by city officials, Pittsburgh police, and the citizens police review board. The fight for justice for both of these victims of police brutality has been fueled by the people’s struggle in Ferguson and will only continue to grow as the outrage from Ferguson keeps burning. 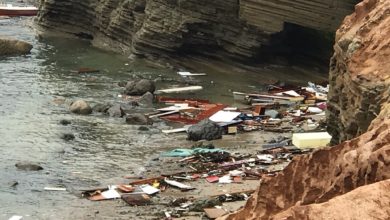 Boat carrying migrants capsizes off the coast of San Diego, killing at least 4 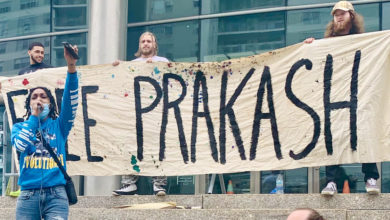