Earlier this month, the progressive, antiwar and LGBTQ communities were faced with the terrible news that heroic transgender whistleblower Chelsea Manning had made an attempt to end her own life. To add further injury to the nonstop stream of abuse directed at her, instead of providing Manning with support and healthcare, the U.S. Army has sent her a letter informing her that she is now being investigated for additional charges as a direct repercussion for her suicide attempt.

If convicted of these offenses, Manning could face indefinite solitary confinement — a form of punishment formalized and approved by the Obama administration — for the remainder of her sentence. This is only an add-on to the already inhumane treatment she has faced while imprisoned. Manning, placed in custody in 2010, has been forced to serve out her sentence in a men’s prison and been subjected to long periods of solitary confinement. In 2015, Chelsea was threatened with solitary confinement for possessing LGBTQ reading material and an expired tube of toothpaste. She has also been frequently denied crucial medical treatment for her gender dysphoria. This treatment is the product of an extreme double targeting of Manning: anti-imperialist whistleblowers receive no mercy from the imperialist U.S. government, and young trans women are one of the most demonized, criminalized and abused demographics even among civilians.

The legal charges leveraged against Manning are suspect to say the least. One of the charges, “resisting the force cell team,” is insulting and sadistic to claim when she was near death. The same can be said of another charge, “conduct which threatens” — whom could she possibly be threatening besides herself?

The repercussions of these charges, if Chelsea is convicted, are severe. In addition to the indefinite solitary confinement, she could be reclassified into maximum security and receive an additional nine years in medium security, as well as be denied any chance of parole. Additionally, she has been continually denied health care, including medical treatment following her suicide attempt.

Chase Strangio, ACLU Staff Attorney working on Manning’s case, says: “The government has long been aware of Chelsea’s distress associated with the denial of medical care related to her gender transition and yet delayed and denied the treatment recognized as necessary. Now, while Chelsea is suffering the darkest depression she has experienced since her arrest, the government is taking actions to punish her for that pain.”

The extreme abuse Manning is facing can only be addressed through unity in struggle, and a strong system of ongoing support for her. All progressive people should stand firmly against both the demonization Manning has faced as a whistleblower and against the hate with which she has been treated as a trans woman. The movement for Chelsea Manning in the streets continues and urgently needs to grow in light of these new charges.

Eugene Puryear, vice presidential candidateof the Party for Socialism and Liberation and author of Shackled and Chained: Mass Incarceration in Capitalist America, says what should be understood by every progressive: “The new investigation and possible punishment of Chelsea Manning is a brutal, callous, retaliatory act. It is clearly designed to abuse and harass Chelsea Manning for heroically revealing the sordid workings of empire. Chelsea should be freed immediately. Every effort must be made to end this investigation now.”

It is crucial to remember that in light of the ongoing electoral competition between two evils, in which the Clintonites have and will continue to push themselves further to the right to prove they are tougher than Trump on national security, Manning’s humanity will be actively denied and attacked. Unless we, who have more in common with Manning and the victims of the war crimes she revealed, take action, there will be no merciful government action on her behalf. The only hope for Chelsea Manning and all political prisoners is for supporters to come out in a show of force.

Chelsea needs and deserves all the support she can get. We ask that readers keep an eye out for ways to get involved to demand her freedom and spread the word about these new charges. Information on how to send Chelsea messages of love and support can be found here. 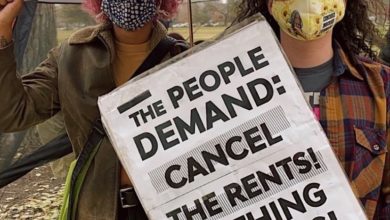 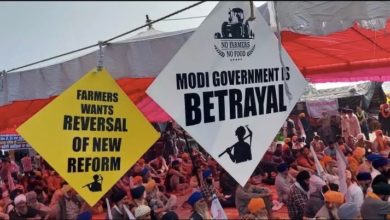