Intense fighting that broke out on Sunday between Armenia and Azerbaijan has left scores dead and hundreds wounded as the two neighboring states teeter on the brink of all-out war. At issue is the disputed territory of Nagorno-Karabakh, an enclave surrounded and claimed by Azerbaijan but de-facto controlled by forces representing the region’s Armenian majority.

Armed clashes were registered on the morning of September 27. Both Armenia and Azerbaijan blame the other side for initiating hostilities, but within hours battles were taking place involving artillery, airpower and ground forces. The two countries’ governments have both declared martial law.

All-out war between the two sides has not been seen since 1994, when an internationally-brokered ceasefire ended years of fighting that left tens of thousands dead. But fears are mounting that warfare on this scale could resume. Members of the Minsk Group — the guarantor states led by Russia, France and the United States that is tasked with monitoring the 1994 ceasefire — are attempting to mediate.

The conflict is made more complex by a number of geopolitical factors. The chauvinistic, ultra right wing government of Turkish president Recep Tayyip Erdoğan views Armenia as an enemy state, a position held by successive Turkish capitalist governments with roots in the genocide against Armenians initiated by the Ottoman Empire in 1915. Turkey is a member of the imperialist NATO military alliance, and uses its diplomatic and military weight to support Azerbaijan. Israel is also a top supplier of weaponry to the government of Azerbaijan.

Armenia, on the other hand, maintains a key alliance with Russia. Although it was conceived as a bloc to combat the Soviet Union, NATO has maintained its hostile posture towards Russia even after the dissolution of the USSR.

Another layer to the conflict is Azerbaijan’s substantial oil and gas reserves. Azerbaijan’s economy is in large part dependent on the export of these resources, and its most important artery to carry this out is the Baku–Tbilisi–Ceyhan pipeline. The BTC pipeline’s principal investor is corporate giant BP, and U.S. oil monopolies Chevron and ExxonMobil also own significant stakes. In addition, natural gas exports from Azerbaijan factor in heavily to the U.S. and European Union-backed “Southern Gas Corridor” strategy aimed at isolating the Russian energy sector.

The dissolution of the Soviet Union in 1991 and the subsequent restoration of capitalism led to a wave of deadly conflict between the nationalities that had previously lived peacefully alongside one another under socialism. This tragic phenomenon was felt in a particularly bloody way in Nagorno-Karabakh.

One of the core principles of the 1917 socialist revolution that established the Soviet Union was the right of oppressed nations to self-determination. In place of an empire that brutally oppressed all non-Russian peoples, the Soviet Union was a federation composed of 15 co-equal Soviet Socialist Republics. Smaller nationalities that did not have full republic status expressed self-determination through administrative units called “autonomous oblasts”.

All nationalities were guaranteed the right to use their own language, practice their own culture, and received preferential economic treatment as necessary to overcome historic inequalities. The structure of the Soviet government gave nationalities a framework to peacefully resolve conflicts when they arose.

Both Armenia and Azerbaijan enjoyed full republic status in the USSR. However, within the borders of the Azeri Soviet Socialist Republic, there was a concentration of ethnic Armenians in the region now in dispute between the two countries. Nagorno-Karabakh was given the status of an autonomous oblast inside of Azerbaijan.

The Soviet Union began to unravel as a result of the disastrous policies pursued by the government of Mikhail Gorbechev in the second half of the 1980s. The weakening of the Soviet state led to outbreaks of violence between Azeris and Armenians, driven in large part by tensions over the status of Nagorno-Karabakh. After the USSR was completely dissolved in 1991, the two sides engaged in full-scale, state-to-state warfare.

The tragic loss of life currently underway in the present-day conflict is yet another reminder that only socialism can guarantee peaceful relations between nations. 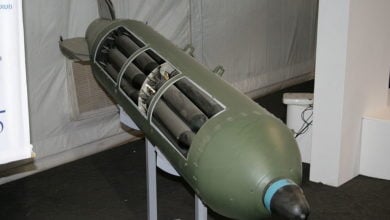