Pharmaceutical giant Pfizer, along with its German partner BioNTech, is hoping to cash in on the promising new vaccine for COVID-19 unveiled this week. Studies have shown that when taken twice three weeks apart, the vaccine was up to 90 percent effective at preventing symptomatic occurances of the disease compared to those who took only a placebo. More studies are soon to come before this vaccine is ready to be rolled out to the general public.

While the vaccine itself is certainly welcome news, Pfizer has a long history of price gouging as well as scandals involving tax avoidance and environmental destruction. The production and distribution of a life saving medication as desperately-needed as the Coronavirus vaccine should not be entrusted to this corporate giant’s executives.

AIDS medication is one example of the company’s extreme greed. In the early 2000s Pfizer came under fire for their high price of AIDS drugs sold around the world. Under intense public scrutiny, the company was pressured into making some nominal donations, but this was short lived. In 2003 they went back on their offer to license its AIDS drug Rescriptor for low-cost distributions internationally.

Pfizer, like all mega corporations, goes to great lengths to avoid paying taxes. In 2015, Pfizer negotiated a $160 billion deal to merge with major pharmaceutical firm Allergan. While regulation changes ultimately scuttled the deal, this move would have allowed the combined company to move its headquarters to Ireland — a main international tax haven. In 2005 Pfizer took advantage of a U.S. tax holiday for companies that agreed to repatriate their foreign profits. The policy was presented to the public as a job creating measure. Pfizer took advantage of the tax holiday more than any other company, repatriating $37 billion to save $11 billion in potential taxes, but instead cut its workforce in the United States.

The company has been fined many times by the Environmental Protection Agency. For example, its plant in Groton, Connecticut was fined in 2005 over a major chemical release that caused serious injuries, and then again in 2008 over Clean Air Act violations. The 2008 fine amounted to nearly $1 million.

Pfizer has a long standing tradition of duplicitous posturing. More than a month ago at the virtual BIO conference, Pfizer’s Chief Business Officer John Young downplayed the priority of return on investment and instead said, “finding medical solutions to this crisis” was the main priority. However, their CEO Albert Bourla said earlier this week that he disagrees with the critics who argue that COVID-19 vaccine developers forgo profits in the interest of humanity writ large. He called his detractors “fanatics” and said “Who is finding the solution? The private sector.”

The implication is that somehow the capitalists that run these companies can take credit for the labor of their scientists and employees. In addition, Pfizer certainly seems to have some kind of interest in the public sector — the corporation had the foresight to add Scott Gottlieb, the most recent past federal Commissioner of Food and Drugs, to its board of directors. Gottlieb is paid over $230,000 in this role.

Without extra profits from a Coronavirus vaccine, Pfizer and its executives have plenty of money already. Bourla received over $16 million in compensation last year alone, and Young made in excess of $7.6 million. Also in 2019, the company’s Executive Chairman raked in $15.3 million, and its Chief Financial Officer took home nearly $9.5 million. Pfizer’s total corporate revenues amounted to $51.8 billion last year.

There is no reason for anyone to expect a company with such a sordid history to be responsible enough to handle the dissemination of perhaps the most important medical advancement of the century — the vaccine to the coronavirus. Like all great scientific breakthroughs, this vaccine is the product of the collective work of many people, so it makes no sense for the rewards of such a product to go into the pockets of a handful of Pfizer executives. The vaccine should, like the polio vaccine before it, be held in common and freely available to all who need it. That is the only way to effectively stomp out this virus and bring an end to this pandemic. 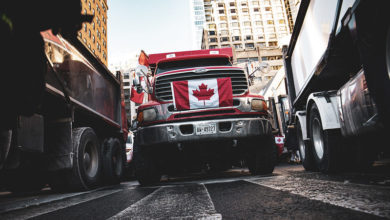 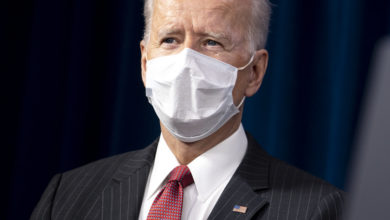