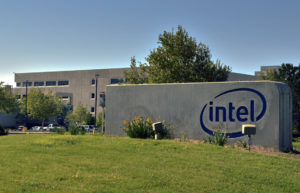 The official unemployment rate in New Mexico is 6.2 percent, one of the highest in the United States; 1.3 percent higher than the national rate of 4.9 percent.

Of course, these statistics are flawed because they do not include those who have stopped looking for work.

Intel and the University of New Mexico, two of the biggest employers in the state, will be implementing layoffs and hiring freezes. It is expected that Intel will globally layoff 12 percent of its employees by mid-2017. The plant in Rio Rancho, N.M. employs about 1,900 people. The layoffs, according to a written notice from Intel to its employees are “due to site closures or consolidation.”

On top of the layoffs at Intel, the University of New Mexico is enacting hiring freezes in response to budget cuts. This will affect thousands of workers. At the same time,  UNM also plans to raise tuition which will greatly affect students already burdened by the high cost of living. UNM, like many other educational institutions across the country, focuses on raising the salaries of administrators rather than taking care of the people who actually do the work, let alone prioritizing the needs of students.

The Rio Rancho layoffs and UNM hiring freezes will have a dire effect on a state perpetually inundated by food insecurity, poverty, and homelessness. Why is it that workers living in the richest nation in the world must grapple with unemployment?

This crisis is a reflection of national concerns about joblessness in the United States. Both Hillary Clinton and Donald Trump purport to have plans to fix the economy and to bring jobs back even though their policies in their respective careers have never been worker friendly to say the least. Unemployment will not be solved by Clinton and Trump who both represent the interests of the capitalist system and are more concerned with protecting corporations than worker’s rights.

Under capitalism, there are no effective measures that can be taken to stop unemployment. People’s livelihoods should not depend on the capitalist’s ability to make profit but should instead depend on the worker’s needs. The ability to make decisions in the workplace should be made by the workers as they are most affected by the reckless decisions of a few wealthy owners. If capitalists feel production will not concede profit then hiring becomes less of a concern. Capitalism requires periods of unemployment because it always secures profit for the rich and power over the worker. Often, employees are dissuaded from demanding better working conditions by the threat of being replaced by another unemployed worker.

One of the biggest myths of capitalism is that layoffs or hiring freezes are necessary. The top executives and administrators of establishments like Intel and UNM are quick to execute layoffs and hiring freezes because it keeps money in their own pockets. Workers are forced to sacrifice and suffer for the failed decisions made by the rich administrators and CEOs; whereas the workers have no say in the management and planning of their labor.

The job losses at Intel and UNM signify a further impetus for change. Only under socialism will jobs become a human right. PSL candidate and New Mexico-born Gloria La Riva is a worker unlike Trump and Clinton. She understands the daily struggles of working class people. La Riva who is a union leader and activist believes firmly that jobs should be a constitution right: “Tens of millions are jobless and underemployed because the capitalists control employment. A decent-paying job must be a legal, guaranteed right. The minimum wage should be raised to $20 per hour and a living income must be guaranteed for those who cannot work.”

Gloria La Riva knows that only when workers have democratic control over their own workplace and can make managerial decisions, can we see an end to exploitation and unemployment. The issue of unemployment could be solved overnight if the profits and the salaries of CEOs were used for development of industry and job programs. These things will not and cannot be changed by the empty promises of leaders, but by the workers struggling to seize the means of production.

PSL candidate Gloria La Riva knows this to be true and doesn’t look to make empty promises, but instead wants to motivate us to fight for our rights as working class people.