Will 2015 be the year Canada promotes Haitian democracy? 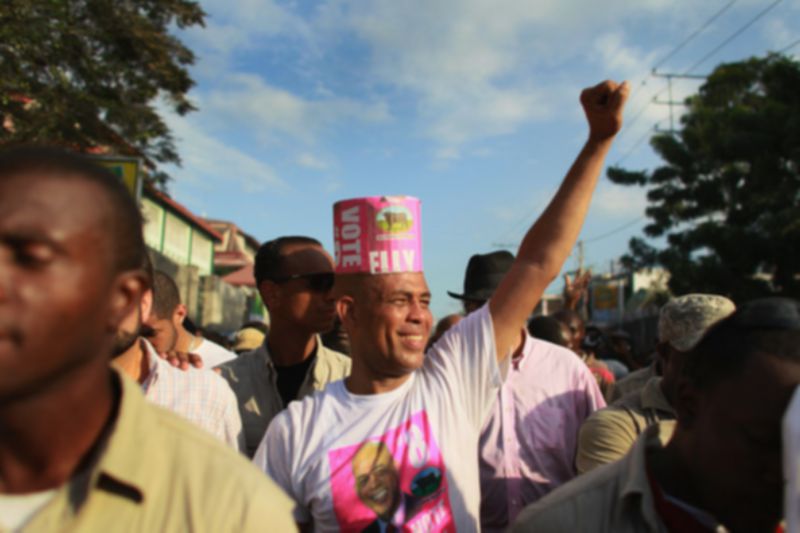 In 2010, Haiti’s Electoral Council (CEP) determined that candidate Michel Martelly had come in third. But the OAS and U.S. forced the CEP to bump Martelly into second place and the runoff vote.

Since 2006, Canada has been one of the largest donors to Haitian elections. But insiders and policy analysts have revealed that in recent years, Canada, along with the United States and France, see their funding not so much as a donation but a purchase.

Electoral Council Director Pierre-Louis Opont, for example, has effectively stated that Michel Martelly should not be Haiti’s current president. With Haitians scheduled to cast a ballot for most every elected official in the country this year, Opont is wise to try to avoid a repeat of the last presidential ballot.

After the final vote was cast in 2010, the Haitian Provisional Electoral Council—with Opont as its Director-General—arrived at an initial count showing that Martelly had lost. But the result was then changed by an Organization of American States (OAS) recommendation, enforced through pressure including threats to cancel U.S. visas held by electoral and government officials. A Center for Economic and Policy Research analysis showed that the OAS—whose role was meant to be that of a simple observer—had enforced a recommendation not based on a recount but a deeply flawed statistical projection. The OAS’s own Special Representative to Haiti, Ricardo Seitenfus, would corroborate that Canada, France, and the United States had dominated the process, seeking to alter the first-round result.

The OAS moved Martelly from third to second place, putting him into a runoff vote. He would take the presidency in the second round, in March 2011, with the lowest turnout in the western hemisphere since the Second World War.

The Canadian-funded 2006 Haitian presidential election was host to its own irregularities. The vote followed a wave of repression against Haiti’s most popular political party, Fanmi Lavalas, including hundreds of murders and cases of political imprisonment. Yet the Canadian government’s observation team made no mention of any of this context in its reporting, even while Canada had simultaneously been funding police- and prison-expansion projects. Evidence concocted by a Canadian-funded NGO had led to politically motivated arrests, including that of former Prime Minister Yvon Neptune, who would later be declared by the Inter-American Court of Human Rights to have been “detained unlawfully and arbitrarily”.

How bad do things have to get for Canada to lose faith in the procedure of a Haitian election? The election in 2000 showed that all that’s required is a winning candidate who Canada sees as unsympathetic to its business interests.

In 2000, a landslide 92% of ballots in the presidential race were cast for Jean-Bertrand Aristide, with a 50% voter turnout. But Canada seized on minor irregularities to discredit and embargo the government. These were unrelated to the presidential election itself, but rather to a handful of parliamentary seats. The electoral council used a method to calculate run-off votes to which the OAS chose not to object until after the results came in.

In 2003, the same year Aristide’s party announced that it would double the minimum wage in Haiti, Canada hosted a meeting of foreign officials at Meech Lake which decided that “Aristide must go.” By early March 2014, Canadian army commandos were securing the Port-au-Prince airport while the U.S. military removed the president from the country. Debate soon raged about whether Aristide had left voluntarily or been deposed. Many of the foreign policy analysts who initially dismissed the idea of a coup have since recognized that “Canada supported the forced removal of President Aristide in 2004, and rather uncritically supported the unelected transitional government in 2004–2005.”

During the upcoming elections this year, however, Canada has a chance to change its approach. Although the electoral council has disqualified a number of candidates based on a formalistic reading of the country’s election law, the eliminations have at least touched all parties similarly.

European Union election observers have recently distanced themselves from Canada and its friends, publicly promising “not to interpret nor manipulate the results.” The Canadian government owes it to Haitians to make the same promise, and to ensure that elections proceed without interference.

When I was in Port-au-Prince last month, I asked a Haitian human rights lawyer if he could still hope for fair elections this year. Alluding to money’s influence on North American politics, he replied: “Not even in the United States do they have elections that are completely fair. What we hope for in Haiti is more modest: elections that are credible.”

The above commentary was first published in the Toronto Star print edition of Aug. 7, 2015. This version has been slightly revised by the author. The Toronto Star is Canada’s largest-circulation print daily newspaper. Mark Phillips is a Legal Fellow at the Institute for Justice and Democracy in Haiti and a graduate of McGill University’s Faculty of Law.