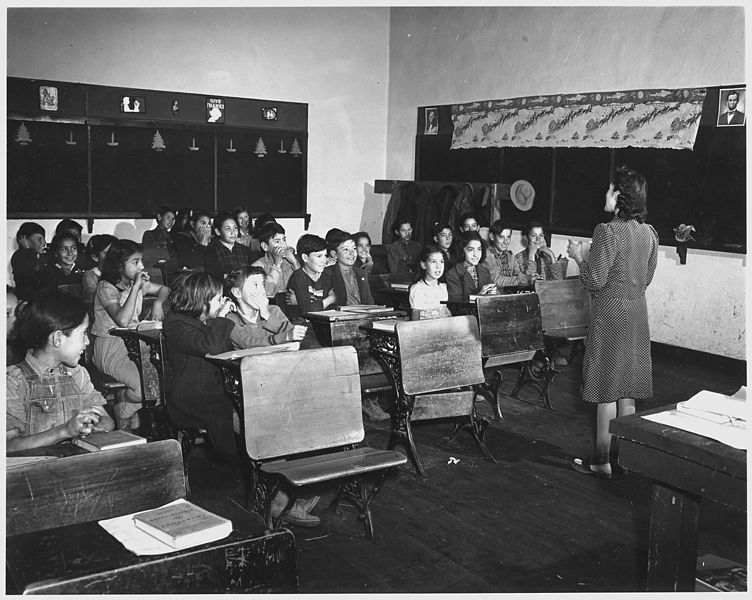 “In serving the interests of the masses, the government of workers and peasants must break the schools’ class character and make schools at all levels accessible to all sections of the population. It must do this not in words but in deeds. Until the objectives of schools are changed, education will remain a class privilege of the bourgeoisie.”

New Mexico education has long been under siege by reactionary policies. The political elites of both parties in New Mexico— acting in favor of the rich and corporations—have enacted only market-driven educational reforms. With bipartisan approval, millions of dollars are siphoned from New Mexico public schools into privately operated education enterprises. Just like the health care system, education has become a target for investors looking to privatize it and make a profit.

The consequences have been devastating for New Mexicans. They have ensured the perpetuation of stark inequality. Indeed, New Mexico has consistently ranked 49th or 50th in the nation in educational support since 2012. Fortunately, working-class families and teachers chose to fight back.

In a landmark decision made on July 20, state Judge Sarah Singleton ruled that New Mexico is violating the constitutional rights of disadvantaged students by failing to provide an adequate education.

Two separate lawsuits were filed by parents and school districts in 2014. The lawsuits—Yazzie v. State of New Mexico and Martinez v. State of New Mexico— were argued by Mexican American Legal Defense Fund and the New Mexico Center for Law and Poverty. The combined lawsuit challenged the state’s exceedingly deficient funding of public schools as well as its failure to provide equitable opportunities for at-risk students to succeed – particularly, Native Americans, English-language learners, and students with disabilities.

In the 76-page document titled “Yazzie/Martinez Decision & Order,” Judge Sarah Singleton wrote a blistering judgement and stated: “In New Mexico, the number of school-aged children who qualify for at least one at-risk factors is no small number. Students who come from low-income families are 71.6 percent of the student population.”

Judge Singleton rejected the disingenuous claims from budget-cutting elites that the state was doing the best with what they have. She also refuted the state’s claim that funding wasn’t necessary because the education system was improving based on recent Partnership for Assessment of Readiness for College and Careers (PARCC test) results.

The judge also pointed out that there was a correlation between New Mexico’s insufficient education and its lack of teachers. During the trial, experts agreed and further explained that the teacher shortage is a consequence of low pay. New Mexico teachers remain some of the lowest paid in the nation.

The ruling is a significant victory for working-class New Mexicans. The New Mexico education system has been emblematic of the nation’s agenda to privatize education. Though the judgment is a victory, the New Mexicans should remain vigilant of two possible outcomes.

As of now, the New Mexico Department of Education has not given a definitive answer on whether the state plans to appeal the decision. The judge did not offer a prescriptive plan, leaving it up to lawmakers and the Martinez administration. Raising additional funds through such regressive taxes as a soda tax or criminal cuts elsewhere (healthcare, Medicaid, etc.) would only further hurt the working class.

There are many ways to fund New Mexico education. Currently, wealthy New Mexicans pay less than five percent of all state taxes. Also, the corporate tax rate is at 5.9 percent. Raising taxes on the wealthy and corporations would adequately fund public education in New Mexico.

Additionally, such reform projects as funds for charter schools and vouchers must end. These school “choice” options redirect public school funds into the pockets of the rich. The PARCC test is another parasitic corporate “reform” that aids in siphoning public education funds.

Another option is redirecting the billions allocated for the development of nuclear weapons in New Mexico into schools and other necessities, like jobs, healthcare, transit, and more!