On May 19, 1925, an admirable and resolute revolutionary figure was born in Omaha, Nebraska. This figure, who would achieve prominence in the liberation struggle of the African American masses, would go down in history as Malcolm X.

Malcolm was one of eight siblings, children of Louise Norton and Earl Little. Earl was an outspoken Baptist minister and a follower of the Black nationalist leader Marcus Garvey. His defiant character drew the attention of white racists like the Ku Klux Klan and the Black Legion. These thugs often harassed Malcolm’s family, and one evening their house was set on fire.

The 1920s were a decade that bourgeois historians describe as the “roaring twenties.” This is a false and vain glorification, considering that this period of capitalist prosperity meant something totally different for African Americans—who were the victims of widespread white mob lynching and other forms of racist terror.

In 1929, Malcolm’s family moved to Lansing, Michigan in pursuit of a safe and better life. But the family was not able to escape the racist violence. Earl Little was murdered, his body mutilated and found lying beneath a streetcar. Malcolm X always maintained that his father was the victim of a racist killing.

This tragic event had a heavy impact on Malcolm’s family. Unable to cope with the emotional consequences of her husband’s death and the financial hardships involved in raising children alone, Louise Norton suffered a breakdown and was committed to a mental institution. The state took custody of all the children and placed them in separate foster care environments.

Malcolm was a studious child with ambitions to become a lawyer. One day, when Malcolm expressed his aspirations to a teacher, he was told that he would never become a lawyer because he was Black. This experience with racism disillusioned Malcolm and discouraged him from continuing school.

By the time Malcolm was a teenager, he made his way to New York City. He worked as a waiter for a period at the famous Small’s Paradise Club in Harlem. But he soon became a middleman for drugs, prostitution and other kinds of illegal activity.

In 1946, he and his closest friend Malcolm “Shorty” Jarvis moved to Boston. They were both arrested and convicted for burglary shortly after. Malcolm was sentenced to 10 years in prison.

The Nation of Islam

It was in prison where Malcolm began to become political. He became acquainted with the Nation of Islam, led by Elijah Muhammad. Malcolm was attracted to the Muslim organization because it addressed the plight of racism and called for the right of African American people to have their own state.

Malcolm converted to Islam. Upon his release from prison in 1952, he became a devoted member of the NOI. It was at this point that he chose to repudiate his family name Little and instead use “X.” He considered the use of European names part of the legacy of chattel slavery. Black people were given the names of their slave masters to establish property ownership.

Elijah Muhammad was highly impressed with Malcolm X’s oratorical talents and charisma. Malcolm proved to be an important asset to the Muslim organization, and he became a ranking minister. Malcolm’s ability to draw the attention of many with his magnifying persona convinced the leadership to entrust him with the task of establishing NOI mosques in other U.S. cities.

Many viewed his captivating personality and the power of his imagery as surpassing the persuasiveness of Elijah Muhammad. People were drawn to rallies precisely to hear Malcolm X speak. His talents contributed to the astounding membership increase in the Nation of Islam from 500 in 1952 to 30,000 in 1963, according to the Malcolm X Estate.

‘No man should have so much power’

In one famous incident in 1957, before Malcolm X left the NOI, a member of the NOI was beaten by the police in Harlem and did not receive medical attention. Malcolm X demonstrated the power of a disciplined people’s campaign by marching members of the NOI to the police precinct. They stood in formation in front of the police station.

Malcolm insisted that the Black prisoner had a right to medical attention. Fearing a possible rebellion by the growing number of community residents who were emboldened by the Malcolm X’s leadership, the police brass agreed to obtain medical attention for the detainee. Thousands of Harlem residents followed the ambulance from the precinct to Harlem Hospital.

The police then ordered that the Muslim formation disperse. Malcolm very calmly but firmly explained to the police commander in charge that the crowd standing at attention did not recognize his authority and was not going to listen to his orders.

At that point, after ensuring that the beaten man was being treated, Malcolm gave a hand signal. With military discipline, the Muslims about-faced and marched away. The police commander was overheard saying to his subordinates, “no man should have that much power.”

In 1963, following the assassination of President John Kennedy, Elijah Muhammad instructed his followers to refrain from making public statements. He was concerned that any inflammatory statements could be used by the racist U.S. government to repress the NOI. But Malcolm could not resist demonstrating his disposition towards the rulers.

His blunt assessment—“the chickens have come home to roost”—was a widespread sentiment in the most oppressed communities, who had been shut out of the gains of the white capitalist United States. Kennedy was killed by the same violent methods that the power structure perpetrates on the conquered and oppressed.

But it was a shock to wide layers of the white population, unaccustomed to such a calm and critical assessment of U.S. society. The statement was used by a hysterical media to whip up a fear campaign against Malcolm and the Nation.

Along with these organizational issues, political differences between Malcolm X and Elijah Muhammad became more difficult to reconcile.

Elijah Muhammad’s program was premised on the conservative notion of appeasement with the status quo. He sought to win legitimacy—but not on the basis of participating and giving leadership to the developing rebellious upsurge of the 1960s. He sought to promote a concept of Black capitalism, where the African American community would use the wealth it generated to enrich a Black elite that could ultimately compete with U.S. racist capitalism on its own terms—but would not compete with it until the elite was powerful enough.

Malcolm X, on the other hand, was attracted to the militancy of the civil rights movement. His approach was characterized by no compromise with the oppressors. His understanding of the depths of racism in the United States led him to conclude that the present system was inherently hostile to the interests of the African American people. Struggle was necessary to face the challenge. On every issue connected to the plight of the Black masses, he never hesitated to be critical in assessing the cruelty of the existing power structure.

In March 1964, after many bitter internal battles, Malcolm X severed his relationship with the NOI. He set up the Muslim Mosque, Inc. The same year, Malcolm traveled on a pilgrimage to Mecca, Saudi Arabia. Coming in contact with Muslims of different races, including whites, was an experience that qualitatively changed his outlook towards race relations and the liberation struggle in the United States. For the first time, Malcolm saw a potential for a revolutionary struggle on the basis of a united front in this country. Upon his return, he again changed his name, to El-Hajj Malik el-Shabazz.

Malcolm X became the target of a number of assassination attempts, including the Feb. 14, 1965 firebombing of his home where he lived with his family, Betty Shabazz and their four daughters. When Malcolm publicly disclosed the reasoning for his departure from the NOI, the relationship with his former colleagues grew dangerously antagonistic.

Malcolm’s tremendous leadership and ability to project hope for the oppressed Black masses was undoubtedly under close watch by police and federal intelligence agencies. This scrutiny would have been in full swing after he met with Cuban revolutionary leader Fidel Castro on Sept. 19, 1960, at the Hotel Theresa, in Harlem.

Malcolm suspected that the FBI and police kept him under very close watch, a suspicion that was proven correct in later years. He also suspected that the government was inflaming differences between the NOI and his organization. Malcolm was convinced that a scenario was being created that would lead to an attempt on his life.

On Feb. 21, 1965, in New York City’s Audubon Ballroom, three armed men approached Malcolm as he spoke on stage. The assassins repeatedly fired their weapons at close range, taking the life of the beloved and respected African American leader.

An example of militancy


There is no telling how Malcolm’s politics and tactics would have developed if he had not been assassinated. But one thing is certain: Malcolm X was a revolutionary. In the entire stretch of his political development, he demonstrated a quality of fierce hatred toward the status quo of racism and oppression. It was this trait that made him a militant and exemplary leader.

His impact was felt long after his death. Most notable, the Black Panther Party’s political line was heavily influenced by Malcolm’s defiant and revolutionary Black nationalism, as well as by Marxism-Leninism.

The struggle that ensued within the Nation of Islam between Malcolm X and his followers, on the one hand, and Elijah Muhammad and more bourgeois conservative elements, on the other, was essentially a struggle between forces who sought a revolutionary direction and those who desired to end oppression by mimicking the oppressors. This phenomenon has always existed in the movements of socially oppressed sectors.

Malcolm died when he was 39 years old. Although he lived a short life, he had a powerful impact on the African American and other revolutionary movements in the United States.

In particular, communists of all nationalities and others who strive to build a unified, revolutionary struggle learned from his powerful example of defiance against the grim reality of racism and alienation. They learned the need to build a unity based on respect for the revolutionary potential of the African American masses. 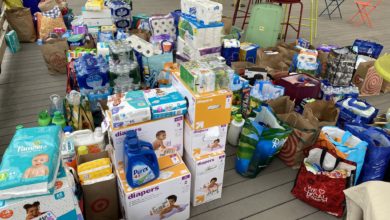