Cuba has unveiled its newly developed, Linux-based computer operating system, Nova—a significant step toward freeing the country from the grasp of the Windows-dominated capitalist computer market.

Microsoft Windows is a strong argument for the open-source alternative: Source code for Windows cannot be modified or reproduced and is often cost-prohibitive. The U.S. blockade makes legal procurement and updating very hard for Cuba. In contrast, open-source software can be freely obtained, modified and reproduced.

Hector Rodriguez, information sciences director at Cuba University, noted that private software may contain malicious code and black holes—a potential that could be exploited by hostile U.S. intelligence agencies. Code for open-source software can be readily scrutinized for threats.

Cuba is among a number of nations—including Nigeria, Russia and Venezuela—turning to open source software. China’s version of Linux, Red Flag, has been available for several years. 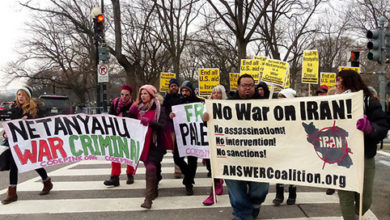 The Real Story: The U.S. & Israeli War Against Iran

Capitalism in Crisis: Addiction as a Business Model — Capitalism Kills!