The Party for Socialism and Liberation proudly offered a socialist alternative in four races in the 2010 midterm elections. We are running on the Peace and Freedom Party ticket in California for governor, secretary of state and U.S. House of Representatives. We are running in Ohio for state representative.

The PSL does not believe that the solution to the systemic problems facing the working class will come from elections. The PSL is a revolutionary Marxist party in the United States that struggles for socialism. We want a revolution; and, we work hard to make it happen.

The PSL is involved in struggles—both large and small—that affect the U.S. working class. From the anti-war movement to the fight for immigrant rights; from struggles for affordable housing and health care to combating racist police brutality; from the movement for women’s rights and LGBT equality to labor and union struggles—the PSL is at the forefront of the class struggle against the capitalists and their rotten system.

We are comprised of militant, working-class organizers and leaders dedicated to advancing the struggle for workers’ power.

Our party knows that revolution is necessary. We fight for reforms that ease the burden on workers and oppressed people, but ultimately reforms are not enough. We know that revolutions are made in the streets, in the factories and other workplaces, and in the military units when workers—in and out of uniform—become conscious that the power of the capitalist bosses and the generals must be replaced with the power of the people. This is the message that the PSL has promoted in its 2010 election campaigns.

The sham democracy of the capitalist electoral system

Without a doubt, the capitalist electoral system is a sham. It is a rigged system to ensure the domination of the tiny ruling class of Wall Street bankers, corporations and big-business owners over the vast majority of people in the United States—the working class.

The electoral system is not the final arena of struggle for the working class. But it is where the attention of workers will be drawn this year.

Well over 100 million workers, students and organizers participate in the capitalist elections every couple of years. Those who do not directly participate are forced to listen closely, because the corporate media focuses on the elections many months before they take place. This year is no exception.

But the elections will sorely disappoint anyone longing for real change. Those who want a better life, a better world, an immediate end to the occupations of Afghanistan and Iraq, better wages for workers, free health care, and full economic and social equality for everyone will not get any of those things from the big-business candidates currently on parade.

In the United States, two capitalist parties dominate political life inside the system. Candidates from the Democratic and Republican parties bask in the glow of the electoral contest. The contest, however, is really one between two parties of war and exploitation, two parties of extreme wealth. It is a bankrupt exercise.

In order to secure an electoral victory, big-party candidates spend millions of dollars on their campaigns. The financial support from powerful corporate interests is a must. These candidates from the parties of big capital do not represent the interests of workers or oppressed people. They may speak demagogically and pay lip-service to “the interests of working people,” but they do not mean a word of it.

All of the pro-corporate candidates, time and time again, have pledged themselves to manage the affairs of the ruling class if elected. Their campaign platforms may articulate the outlook of different wings of the ruling class, but at the end of the day they all have the same goal. All capitalist candidates could share a single slogan—”Profits over people”—that is, if they wanted to tell the naked truth.

These capitalist candidates are fighting tooth and nail in the elections process to control the U.S., state and local government apparatus and the right to direct, along with bureaucratic government agencies, where the trillions of dollars of government contracts with big business will go in years to come.

They also are battling to control the state’s repressive apparatus: the police, military, courts and prisons—the real source of the capitalists’ power.

The U.S. electoral system is reflective of a capitalist plutocracy. We live under a government of, by and for the wealthy. These politicians are beholden to their corporate backers. Even if they started off from humble backgrounds or espoused progressive positions earlier in their careers, not one politician will be able to become president of the United States unless they adjust their positions to that which is acceptable to the capitalist vultures and the military-industrial complex. Each one of them will embrace the goals of U.S. imperialist domination, or they will be dumped unceremoniously by the Republican and Democratic parties. None of them will forward the working-class struggle.

The PSL’s participation in the elections has given workers, students and oppressed people the opportunity to vote for and work with candidates from a party that is already fighting in their interests.

The PSL provides a true alternative for workers. Our program is rooted in fundamental working-class interests: peace, not war; jobs and people’s needs; equal rights for all; and socialism.

We want to speak to the tens of millions of working-class and oppressed people who desire real change but will not get it through the capitalist electoral process. We want to fight shoulder to shoulder with our class—the working class—in every struggle against the profit system. We want to be a catalyst to raise working-class consciousness in every arena.

Most importantly, we want to spread the ideas of revolution, of true change. We know that change is possible; we know that it will happen. We also know that it takes an energetic struggle.

There are some progressives who will argue against our campaigns. They will say, “You will not get elected,” and then cynically accuse us of conspiring to take away votes from so-called liberal (capitalist) candidates.

We want to take away their votes. We want to expose the Democratic and Republican Party leaderships as the frauds, bigots and warmongers that they are. We want to shine a bright light on the criminal character of the system and its political representatives. We aim to recruit more working people to the movement for socialism. Socialism is a system that justly turns capitalism on its head—it puts people over profits.

The capitalist hacks and their media mouthpieces cannot be the only voices speaking to people about “change” throughout the elections. The PSL’s vigorous participation and intervention in the elections has made sure that another voice is heard.

We have gotten into the debates, we have gone door to door, held rallies, speak outs, protests, sit-ins and more to be heard. The PSL’s campaigns have reached out to workers and the oppressed with a message of hope, and with a message of real struggle.

The PSL’s campaigns are meant to inspire more working-class organizing, agitation and revolutionary consciousness. We take the ideas of socialism—a better, more just society; the way forward for humanity—to the workers and poor people in the United States. The PSL’s campaign has opened a much-needed avenue for workers to wage political combat against the capitalist establishment and their corrupt representatives.

Support the PSL campaigns. Raise the banner of socialism. Champion the cause of the working class. A vote for PSL is a vote for socialism and liberation, and against capitalist war, racism, bigotry and exploitation. Become an advocate for people’s rights and revolutionary change. 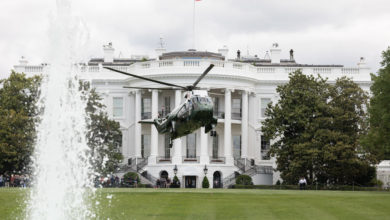 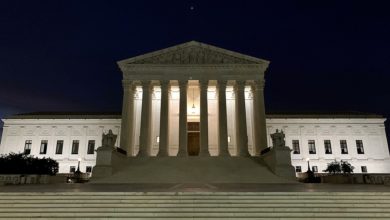