The following is a talk given by Amanda Yee at a PSL Gay Pride Speakout on June 26 in New York City, a few blocks from the Stonewall Inn. Obstructive police barricades prevented the group from speaking in front of the inn — Editor.

It was here at Stonewall on June 28, 1969, that the modern queer liberation movement was launched. The uprising that began here marked the arrival of a mass movement for equality for the entire queer community. On the 53rd anniversary, we’re going to honor the militant history of this struggle.

A lot of the pro-LGBTQ organizations today have abandoned the movement’s radical roots, and distanced themselves from the struggles of the millions of LGBTQ workers, and focus on electing pro-gay corporate-backed politicians. Rather than uniting in common cause with the poor and working class, these national LGBTQ rights organizations divert the struggle away from unity and mass action, and toward bourgeois electoralism.

But we know that the uprisings that launched the queer liberation movements were struggles against police harassment and police brutality, led by queer and trans people oppressed under capitalism!

Before Stonewall, capitalist state policy was to, through the police, repress queer and trans life, harass them from their jobs and communities, and raid known queer gathering spots and arrest everyone inside.

But where there is oppression, there is resistance.

Three years before the uprising at Stonewall, homeless queer and trans youth led an uprising at Compton’s Cafeteria in 1966 in San Francisco. Compton’s Cafeteria was an all-night diner in the Tenderloin district that was a refuge for homeless queer and trans people, who were shut out of stable housing by landlords and frequently targeted by police. In August of 1966, a cop grabbed a trans woman sitting in the diner, and she threw coffee in his face, triggering an uprising where dozens of people fought with police and even set a police car on fire.

And of course, three years later in 1969, police raided Stonewall Inn and started arresting people inside. The people at this point were so tired of police harassment that they fought back, throwing bottles and rocks at police during an uprising that lasted five days.

Stonewall launched a new era of a militant, anti-imperialist queer struggle that was inspired by the struggles of African, Asian and Indigenous movements around the world. One of the first militant U.S. gay rights organizations that formed immediately after Stonewall called itself the Gay Liberation Front. Why did they call themselves the Gay Liberation Front? Their name and their mission were inspired by the anti-colonialist National Liberation Front in Vietnam, led by a communist party that fought French colonial rule and later American occupation, AND the anti-colonialist National Liberation Front in Algeria, a nationalist movement that liberated the country from the French. The Gay Liberation Front denounced capitalism and racism here in the U.S., and demanded liberation in the spirit of the national liberation and anti-capitalist organizations throughout the rest of the world.

Sylvia Rivera, who was a part of the Stonewall Rebellion, was also a member of the Gay Liberation Front, was active in the civil rights movement, she was active in the movement against the Vietnam War, and she organized with the Young Lords and the Black Panthers. The people at that time knew who their oppressors were, and they built multi-racial, multi-national coalitions to fight a common enemy: the U.S. capitalist class and U.S. imperialism.

This is the history of the queer and trans movement! What does this all mean? This militant history is so important, it reminds us of the anti-capitalist, anti-imperalist roots of the queer struggle that the ruling the class has tried to co-opt and whitewash. They know that we are more powerful if we unite together against the common enemy of the ruling class.

Which means: If you stand for the queer community then you must stand against police brutality, stand against mass incarceration, and join the struggle to dismantle capitalism and imperialism! The only way we can do that is through socialism! So if you’re out here to honor Stonewall, come join us in the struggle to build socialism in this country! 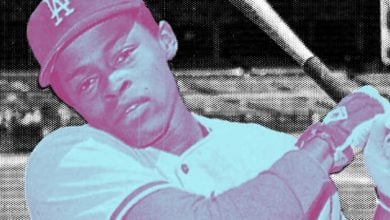 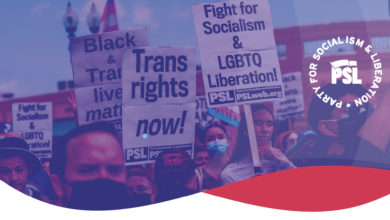 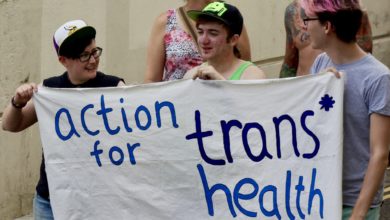