Kelly Coltrain, 27, is the latest victim of not only the mass incarceration complex, but also of the medical neglect, mistreatment and abuse prisoners endure in jails across the United States.  She died in a Nevada jail.

Coltrain, who had epilepsy (debilitating and sometimes fatal seizures), can be seen on prison surveillance cameras convulsing and throwing up on the last few days of her life. She asked to be taken to a hospital to seek the medical attention she desperately required. Instead, the guards provided her with a mop to clean up her emesis, and looked the other way as she died behind bars from a seizure.  To make matters worse, after she was found unconscious, no methods of resuscitation were attempted and medical assistance was never sought.

Her only “crime” was failing to pay traffic tickets.

Health care and prisons are antithetical

Unfortunately, the medical negligence and the inhumane treatment that Kelly Coltrain sustained leading to her death is not unique. Similar negligence and callousness can be found in local jails, state prisons and federal penitentiaries across the nation.

Health care is almost nonexistent behind bars and, in fact, is antithetical to prison. According to the Justice Department, 12 inmates die every day; approximately 5,000 each year behind bars. While some prisoners commit suicide, the majority of inmates die from treatable conditions such as cancer, heart conditions, liver failure and other maladies, particularly those related to HIV/AIDS.

This is not only callous but unconstitutional. The landmark case Estelle v. Gamble stipulated that prisoners have the right to appropriate and timely medical treatment. However, 40 years after this court decision, not only do prisoners lack basic health care but they are also intentionally neglected and their medical conditions weaponized to castigate and punish them.

An example is the case of political prisoner Mumia Abu-Jamal, who the state continues to deny medical treatment for diabetes, psoriasis (skin condition) and Hepatitis C.  In 2015, Mumia nearly died from diabetic ketoacidosis (diabetic shock) related to severe hyperglycemia (dangerously high blood sugar) after the medical staff in the federal prison repeatedly refused to check his blood sugar. It took an international campaign of protest, charging attempted murder through medical neglect, for Mumia to get somewhat improved care.

Approximately 25 percent of the world’s prison population is found in the United States, even though the U.S. has only 5 percent of the world’s population. As the prison population continues to grow exponentially, and as mandatory sentencing has resulted in more time behind bars, there are a great many aging prisoners. Many say that prisons are starting to look like nursing homes. The majority of state prisoners who died in 2014 were 55 or older, and the majority of them died from treatable diseases.

This is a growing problem because older prisoners with debilitating and/or multiple chronic conditions are not only vulnerable to violence but, most importantly, to the deplorable and unhygienic conditions found in prisons which worsen their already fragile health. At the same time, the prison system deprives them of timely and adequate medical treatment.

Health care in many prisons and jails has been contracted out to private companies. The largest are Corizon Health and Wexford Health Sources, providing health care in 571 U.S. correctional facilities. They maximize profits by cutting health services. Prisoners and their families have filed law suits against Corizon charging gross negligence and civil rights violations in Georgia, New Mexico, Oregon, Arizona, Colorado and California. Wexford is the subject of similar suits for wrongful death.

The federal government contracts private, for-profit companies to completely run 170 of its prisons. This circumvents paying benefits and pensions to state workers. Health care here is even worse.

CoreCivic and GEO Groups are the largest of these companies. They are only beholden to shareholders and have minimum accountability for the well-being of prisoners. They maximize profits by spending fewer dollars than allocated per head (about $34 a day) on prisoners.  Health care is one area where costs are kept especially low. This practice endangers the lives of prisoners, especially those already sick or living with chronic conditions.

CoreCivic’s cost-cutting tactics include trying to avoid treating inmates over 65 or those with chronic conditions. This company has a history of not taking prisoners to the hospital when they need it, and of punishing inmates when they make frequent medical requests.

The exploitation of inmates, medical neglect, and the cheap and revolting food served daily all maximize profits. This makes private prisons a booming business. After Donald Trump was elected in 2016, CoreCivic stock went up 50 percent and GEO Groups stock rose 21 percent. But at what expense?

As the largest prison strike in the U.S. history concludes, it is crucial to link the lack of health care and severe medical negligence prisoners suffer to the demands the National Prison Strike is raising for humane living conditions and protection of their rights. Health care is a right and no one should be deprived of it, inside or outside prison bars.

All progressive people are needed to be in full solidarity with the brave prisoners participating in the strike. Inside and outside the walls, the fight will continue to end modern-day slavery in the prison system. It will also continue until everyone is afforded the human right to health care. 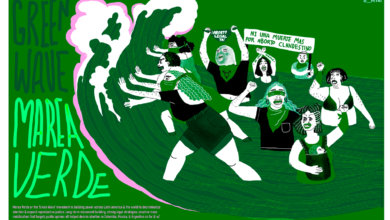