The Trump Administration and the establishment media have waged a campaign of criticism of China’s response to the COVID-19 pandemic. Much of this diverts attention from the neglect of the Trump administration and elected officials in fighting the virus here. The following is meant to debunk these myths, to better focus upon what is needed in the U.S. to save lives here, and hold responsible people accountable.

Myth 1: This is a Chinese virus, and China and its people are to blame.

Fact: This is racist and a diversion from fighting the virus.

President Donald Trump has repeatedly called COVID-19 the “Chinese Virus.” Secretary of State Mike Pompeo calls it the “Wuhan virus.” Health experts, however, point out that this is a struggle between a virus and humanity. To call it “Chinese” wrongly assigns blame and creates divisions when cooperation is essential to saving lives.

“Viruses know no borders and they don’t care about your ethnicity, the color of your skin or how much money you have in the bank. So it’s really important we be careful in the language we use lest it lead to the profiling of individuals associated with the virus,” said  Dr. Mike Ryan, executive director of the World Health Organization’s emergencies program.

Blaming China has already led to racist violence. Chinese Americans across the country reported the hysteria generated against them has resulted in them being “spit on, yelled at and attacked.”

A corollary myth is that the virus spread from bats to humans because some people in China eat bats. The fact is that worldwide destruction of habitat created pathways for the viruses like COVID-19 to infect humans.

This is not about eating bats, and it has not been proven that the virus originated in the market in question, or even in Wuhan. There was a cluster of cases around a wet seafood market in Wuhan, however. To be safe, the market was closed on Jan. 1, and all wildlife trade was banned Jan. 26.

COVID-19, and other viruses, have been linked to bats, and transferred through other animals to humans. Even though COVID-19 first became contagious in China, where and when the original jump to humans took place is not known. Other viruses believed to have jumped from bats include rabies, Ebola, MERs and SARs.

COVID-19 is the seventh coronavirus to infect humans. Since 1940, hundreds of microbial pathogens have either emerged or reemerged into new territory where they’ve never been seen before. These include HIV, Ebola in West Africa, Zika in the Americas. and MERS in the Middle East. Many originate in wildlife. A fundamental source is rapid deforestation and an accelerated loss of habitat. This created pathways for animal microbes to adopt to the human body.

Myth 2:  COVID-19 is a biological weapon developed in a Chinese lab.

Truth: The virus originated in nature.

This story of the development of the virus as a biological weapon originated at a web site close to former Trump administration chief strategist Steve Bannon. Bannon has long advocated war against China, and was even too extreme on this question to be kept in the Trump administration. It was exposed as false by the fact-checking group Politifact.

Gene sequencing reveals COVID-19 to be of natural rather than man-made origin,  related to other viruses found in in nature, and too complex to have been produced in a lab.

Trump said China was practicing censorship, and wouldn’t allow U.S. outbreak experts into the country. In fact, in July 2019 it was the Trump administration that eliminated a key U.S. public health position in Beijing intended to help detect disease outbreaks in China. A U.S. medical epidemiologist, funded by the U.S. Centers for Disease Control and Prevention, had worked in China’s disease control agency  since at least 2007. The U. S. expert, Dr. Linda Quick, was a trainer of Chinese field epidemiologists who were later sent to the center of epidemics to help track, contain and investigate diseases. “It was heartbreaking to watch,” said Bao-Ping Zhu, a Chinese American who served in that role.

In 2018, Trump eliminated the Pandemic Response Team connected to the National Security Council, citing costs. The purpose of the team was to monitor pandemics and how they would impact the U.S. This cut was made against the better judgment of scientists, who pointed to the rise in new viruses like MERs, Ebola and SARs, and explained that more could be expected.

Myth 4: China initially covered up the virus. A doctor who was the first to sound the alarm about the virus was arrested and silenced.

Fact: The doctor was neither arrested, nor did he deliver a warning on the virus ahead of the government.  But in the U.S., hospitals are threatening to fire medical workers who share with the media their concerns about the treatment of COVID-19 patients.

On Dec. 30, Dr. Li Wenliang, a Wuhan ophthalmologist, posted a warning to colleagues about a cluster of patients (not his own) that he said were diagnosed with SARs. Dr. Li, who unfortunately later died of the COVID-19 virus, was not arrested, but reprimanded by authorities as spreading false rumors, out of  concern that his statement would cause panic. The virus was not SARs, but a new virus that was being investigated. All the patients were quarantined. Dr. Li was not ahead of the government in delivering a warning, as the government delivered its own warning the same day as Dr. Li’s posting.

Here in the U.S., however, some  medical personnel have reported that  hospitals are threatening to fire them for speaking to the media, or posting on social media, their concerns about the treatment of COVID-19 patients.  Ming Lin, an emergency-room doctor at PeaceHealth St. Joseph Medical Center in Bellingham, WA, already lost his job. He was fired, for speaking to a newspaper about the lack of testing and protective equipment.

Myth 5: China’s incompetence, delays, and lack of transparency caused the virus to spread.

When a new disease suddenly appears, identifying and containing it is not a simple task, and there are always mistakes. Once it was clear how serious the crisis was, China acted immediately. China used a centralized database, and a call to the population as a whole, to quickly isolate, identify, sequence, and take public action, following the international public health epidemic guidelines.

With full transparency, China notified the World Health Organization on Dec.  31 of an “cases of a pneumonia of unknown etiology” in Wuhan even before the virus was fully identified.  China quickly shared the genetic sequencing of the new coronavirus worldwide once it was discovered on Jan. 7, so many teams could work on developing an immunization. Government leaders were notified including Donald Trump. On Jan. 23, less than three days after the first human-to-human transmission was known, the 14 million people in Wuhan were quarantined. This stopping of movement was put in place right before the Chinese New Year, when the world’s largest annual migration takes place. Two days later, the limitation of activity was extended to over 50 million Chinese.

The WHO, and other public health agencies and experts, describe China’s response as setting new, groundbreaking standards and practices in outbreak detection and response. WHO officials said China’s quick response helped contain the spread and saved lives around the world.

Myth 6: China’s shortage of hospitals and supplies exposed its people to danger.

Truth: China mobilized the country to quickly provide what was needed.

No country has enough equipment supplies to meet a major epidemic. To contain the spread of the virus China immediately declared all treatment free. In a month, 86 hospitals were designated to treat COVID-19 patients, two new hospitals were built from scratch in just two weeks, and 16 exhibition halls and sports venues were converted into makeshift hospitals, opening up 60,000 beds for COVID-19 patients. Some 42,600 medics were sent to Hubei from across the country, including leading experts on respiratory illnesses and infectious diseases, and one-tenth of the country’s intensive-care specialists. Across the country, thousands of factories were refitted to produce masks, respirators, and other needed supplies.

With these combined and centralized efforts, by March 23, health officials reported only one local transmission of COVID-19 in China over the preceding five days. China’s ability to contain the virus internally was seen by world public health officials as holding back the spread of the infection internationally.

In the U.S., where virus cases are increasing, the Trump administration has so far made no great effort to centralize a response, or even to prioritize supplies like protective gear and ventilators. Instead, Trump had directed the states to buy  their own medical supplies. The result is that the states now bid against each other and the federal government for  supplies to fight COVID-19.

Truth: China is supplying medical equipment, doctors and expertise to countries around the world.

China is the largest producer of medicines and medical equipment in the world. Many Western and U.S. firms have factories making  such equipment and medications in China because it is cheaper for them. In the initial stages of the virus, when China was the epicenter, the government stopped exporting masks due to the severity of the outbreak and the domestic need. China has since returned to exporting masks, donating tens of thousands of them.

China is sending millions of masks and other supplies to Europe. Its medical supplies have gone to the African Union and countries in Asia including the Republic of Korea, the Philippines, Iraq, and Myanmar. China is advising governments in Latin America on control and treatment.

In the U.S., where New York State is the epicenter, state officials have been rebuffed by the Trump administration in their plea for more ventilators. Unable to find sufficient ventilators in the U.S. , they sent representatives to China on March 19 to purchase 15,000 ventilators. 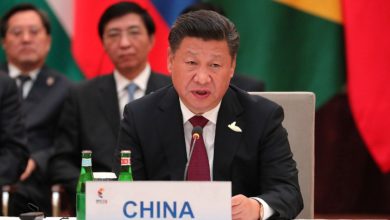 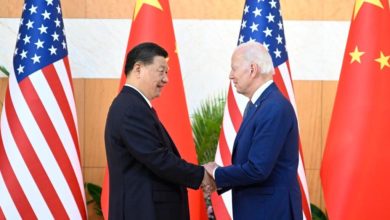