On July 27, Chicago Mayor Lori Lightfoot’s attempt to fire two teachers for their environmental justice activism was defeated. After pressure from the Chicago Teachers Union and environmental activists, the Board of Education unanimously voted against terminating Lauren Bianchi and Chuck Stark, teachers at George Washington High School.

The attempted firings were retaliation against the teachers for their participation in the struggle to prevent a mega-polluter, General Iron, from moving to the Southeast Side of Chicago. CTU President Stacy Davis Gates condemned Lightfoot’s actions at a press conference the day of the vote outside CPS headquarters: “It’s an affront to racial and environmental justice, and an attack on educators’ and students’ rights, that has sadly become the hallmark of this administration.”

Lightfoot’s administration for months resisted calls to block the relocation of General Iron from the largely white Lincoln Park to the majority Black and Latino Southeast Side, demonstrating a disregard for the lives and health of the working-class people who constitute the majority of the neighborhood. The decision of the city health department to finally block the move came after consistent protests, including a month-long hunger strike in early 2021.

Participants in the hunger strike included Stark and other community activists, like organizer Shabbir Rizvi. In response to the attacks against Stark and Bianchi, Rizvi said, “Yes it’s quite sad to see this disturbing but not surprising level of retaliation from the mayor. From day one, Lightfoot refused to meet with the activists who were mainly all students. Teachers who support their students’ fight for basic living conditions should be applauded and rewarded, not threatened.”

Indeed, this retaliation comes shortly after the Department of Housing and Urban Development reported that Lightfoot’s actions regarding General Iron reflect a “broader policy of shifting polluting activities from White neighborhoods to Black and Hispanic neighborhoods, despite the latter already experiencing a disproportionate burden of environmental harms.”

Undeterred by these findings, Lightfoot has doubled down and refused to comply with HUD’s demands to address the pervasive environmental racism that plagues her tenure. She is preparing for a legal battle with HUD, risking the loss of federal funds that provide vital services to working-class people rather than addressing environmental racism in Chicago.

This victory for the teachers has been celebrated by progressive and working-class organizations across the city.

Feature photo: Protesters gathered outside Mayor Lightfoot’s house on March 4, 2021, to demand that she reject a permit for a new General Iron plant on Chicago’s Southeast Side. Liberation photo 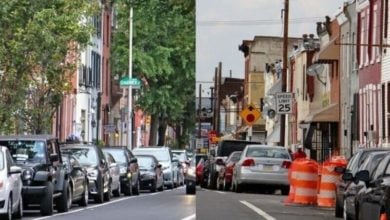 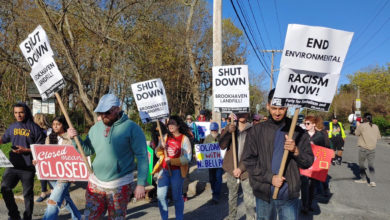