On Nov. 19, the San Francisco Police Department shot and killed 41 year-old Ajmal Amani as he suffered a severe mental health crisis. The brief but deadly interaction with Amani included multiple moments of police simply shouting at Amani while using the wrong name.

That morning, workers at the Covered Wagon Hotel, a transitional housing project in the city’s SoMa neighborhood, called 911, reporting that one of the tenants was threatening them with a knife. Minutes later, another call came in, this time from a case worker, identifying Amani, informing the 911 dispatcher that he was “having a really bad episode,” and saying she was on her way to the scene.

Despite the case worker’s call, when the dispatcher began to relay this information to the responding officers, she was cut off by the officers.

The body camera footage shows no attempts to de-escalate or render any psychiatric services. Instead, officers John Quinlan and Danny de Leon Garcia waited in the main hallway as Amani shouted from his room and rounded the corner of the hall.

The officers shot Amani multiple times, one with beanbags and the other with live rounds, hitting him twice. Then they stood back as he groaned and bled out on the ground. Even after he was down and clearly wounded, they continued to yell, “Get down and show your hands!” and waited for other officers to bring in a shield before approaching Amani to attempt any sort of medical aid. A few minutes after the shooting, Quinlan can be seen and heard on video, calming Garcia down – “I’m okay, you’re all good” – and fist-bumping him.

All this was shown during an SFPD-hosted virtual town hall, where police, under the guise of “objectivity” and “inconclusive facts” present their account after every police shooting. During the meeting, SFPD Chief Bill Scott issued repeated reminders for attendees to take care of their mental health and seek support if any part of the police’s presentation caused them distress. This consideration was, of course, not extended to Ajmal Amani in the midst of his crisis, a fact some callers offering public comment pointed out.

Scott responded by boasting of the department’s new training for crisis de-escalation, training that he claimed was showing “great outcomes.” The streets of San Francisco reflect a different reality, with officers routinely displaying aggression toward people in mental distress, many of whom are homeless or living in supportive housing as Amani was. Nearly a quarter of police killings in the U.S. involve a victim with serious mental illness.

Ajmal Amani shared a similar story with many veterans

Amani served as an interpreter for the U.S. Navy in Afghanistan, his home country. When he arrived in the U.S. on a visa in 2014, he was suffering from severe PTSD and had had previous encounters with law enforcement. He completed a mental health diversion program earlier this year, but friends and family noticed his health began to decline again after the Afghan government collapsed in August. A relative interviewed by the San Francisco Chronicle stated: “He was mentally sick because of the U.S. Army.”

The story of who Ajmal Amani was, and how his life was shattered and ultimately ended by both the U.S.’ imperialist exploits in Afghanistan and police violence in San Francisco, has been lost in the city and police union’s loud rhetoric about how police reform in the wake of the 2020 uprising against racism is permitting a new wave of crime. Mayor London Breed’s plan to increase funding and hire more police in the coming months will inevitably harm more people like Ajmal Amani and Angelo Quinto, another Navy veteran who was killed by Antioch, Calif., police in a similar manner as George Floyd on Dec. 23 of last year. 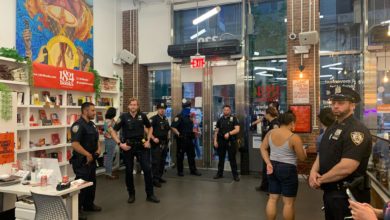 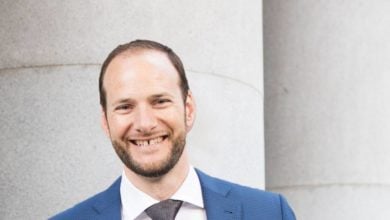