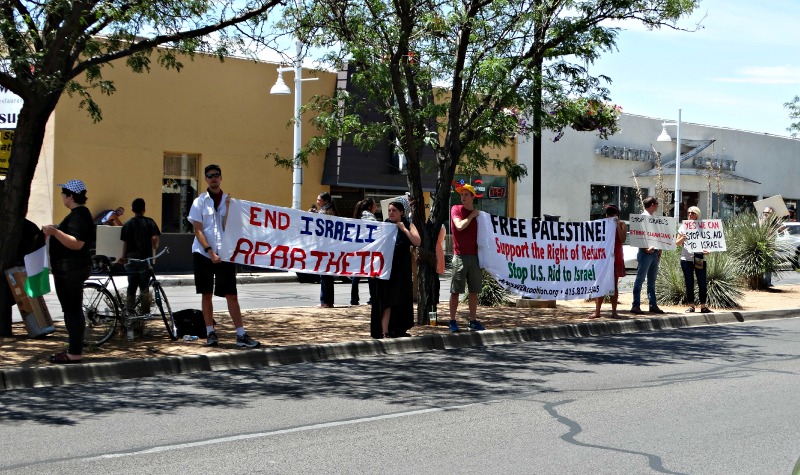 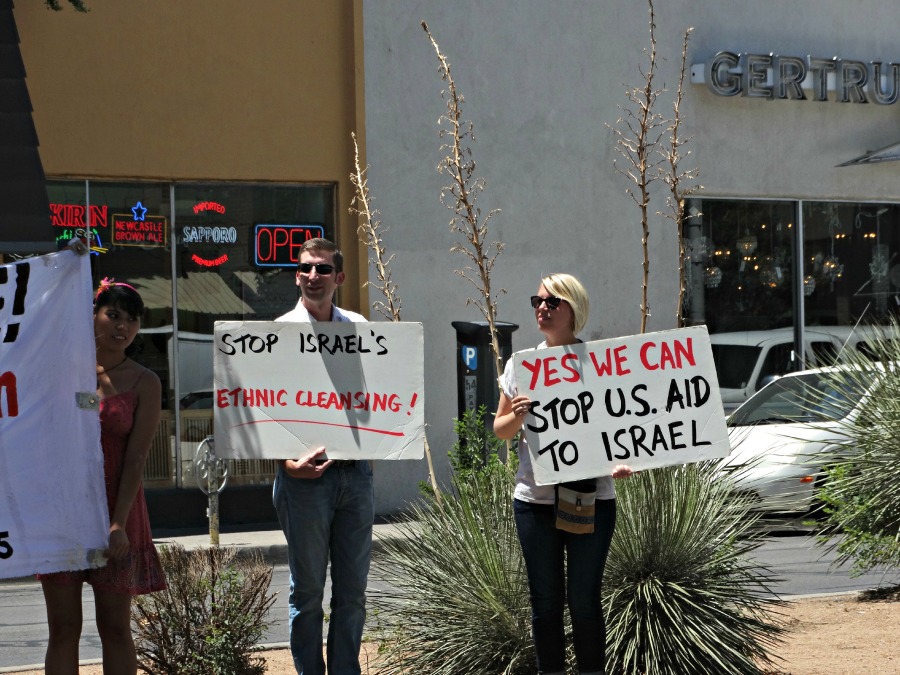 The University of New Mexico chapter of Students for Justice in Palestine initiated an emergency protest in Albuquerque this Saturday to condemn the latest round of attacks by the Israeli military against the people of Palestine. Nearly 40 people, including organizers from ANSWER New Mexico, gathered at the intersection of Tulane & Central, which is the site of weekly pickets that call for an end to all U.S. funding to Israel.

Israel’s vicious attacks on the West bank and Gaza started on July 1 after the bodies of three Israeli settler youth were discovered in the Southern occupied West Bank. With no supporting evidence, Israeli Prime Minister Binyamin Netanyahu placed blame upon Hamas for the killings, seizing the opportunity to punish both Hamas and the Palestinian Liberation Organization, which reached a unity agreement in April.

Many Palestinians have been injured or killed in the last few days by Israeli forces that have shot live rounds, carried out air strikes, demolished homes and universities, and detained hundreds including elected members of the Palestinian parliament.

The protest today in Albuquerque called for the U.S. government to stop the $3.15 billion annual handout to the Israeli apartheid government, and also to put a stop the Israeli occupation of Palestine.
While U.S. mainstream media has provided non-stop coverage of the three Israeli youth that were killed, they never mention the daily raids, air strikes, murdered youth, kidnappings, and imprisonment of the Palestinian people which have taken place under the Israeli occupation. 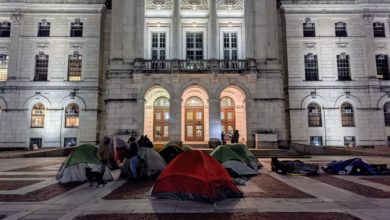