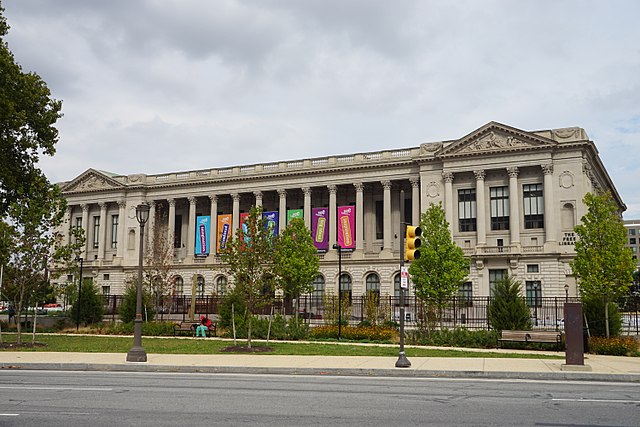 On Tuesday, March 17, Free Library workers across the City of Philadelphia won their demands for paid leave for all staff—including temporary, seasonal, and part-time workers—for the duration of the COVID-19 pandemic. The wins came just a day after their petition directed at Mayor Jim Kenney was publicly released, garnering 4,480 signatures from across the country.

In the afternoon of Friday, March 13th, after all schools within the School District of Philadelphia had announced their closure until the end of March, all Free Library of Philadelphia workers were told via email that the City had made a “commitment” to keeping as many library locations open as possible. They did “not plan to intentionally close any libraries unless we have a case of COVID-19 confirmed from the Health Department.”

This declaration came while there were already dozens of confirmed cases in Philadelphia and the surrounding counties, with testing being largely rejected or unavailable unless symptoms were severe. When the City allowed Free Library branches to remain open to the public the day after Governor Wolf instructed all public libraries to close statewide, hundreds of workers began to speak out at the City’s negligence and failure to immediately take action.

Administrative leadership at the Free Library responded by closing each of their 54 branches to the public starting Monday, March 16, but still required all of staff to report to work—thus forcing over a thousand Free Library staff to choose between using their own limited sick time, staying home without pay, or risking contracting or spreading the virus at their libraries or on their commute.

But the library workers fought back. In a moving demonstration of solidarity between union and non-union workers, full-time and part-time staff, and permanent and seasonal employees, a group of worker activists coordinated to come up with an action plan.

When gathering in person is a risk to our public health, we are faced with unprecedented circumstances where organizing on the ground presents a very unique set of challenges and difficulties. For Philadelphia library workers during the COVID-19 pandemic, coordinating a sick-out would no longer be an effective method of disrupting business-as-usual if branches were already closed to the public. A sit-in at the Mayor’s Office would put workers in close quarters that would contradict the need for social distancing. For the action to be public-facing without workers being physically present with one another, the workers’ coalition agreed on a public petition and call-in day to Mayor Jim Kenney, where actions would be escalated as needed if the demands were not quickly met.

No worker left behind

Committees were formed that were responsible for mass worker-to-worker communication, drafting a detailed list of internal demands, making the public petition, reaching out to the press, and asking for the support of the local unions that staff are represented by. These actions demanded that the library prioritize community health, provide paid leave and work-from-home options for all non-essential staff, and that no city employee regardless of job classification would be subjected to economic hardship. Through their coordinated efforts and communication with one another, one thing was clear: library workers wouldn’t back down if some were granted pay throughout the crisis while some were left without—they refused to leave any of their coworkers behind.

Many of the Free Library’s 300+ temporary and seasonal employees are already the lowest paid, who work without benefits outside of Philadelphia’s minimum paid sick leave—a so-called benefit which has largely been miscalculated or effectively non-existent since Philadelphia rolled out their “One-Philly” payroll system in March of 2019. On top of this, in the example of the “seasonal” After School Leaders who facilitate the after school programs at every branch, these staff are formally laid off at the end of June, offered summer employment within the Free Library system, and a majority are re-hired as After School Leaders at the end of August.

In many cases, the “seasonal” designation is a reality only on paper but not practice, and yet still disqualifies them from union representation and benefits. This inequity of pay and benefits would have only been exacerbated by the COVID-19 pandemic if it weren’t for the quick and determined organizing efforts of dozens of library workers.

Within hours, over a thousand people had voiced their support of the Free Library workers through their signatures, calls to Mayor Kenney and comments on the petition. After Kenney announced on Monday that all non-essential businesses would need to close in the interest of public health, he declined to address the petition as if it had been resolved, while livelihoods of the staff were still completely unaddressed. During such a rapid and exponentially growing public health crisis, both the City and Free Library leadership were unacceptably slow to respond.

Thanks to the mounting public pressure and unified action of library workers, by Tuesday afternoon, the head of the Free Library announced that starting Wednesday all non-essential Free Library workers would no longer be required to physically report to closed libraries, and all staff would be getting paid in full for the duration of the crisis—including temporary, seasonal, and part-time workers who are not typically eligible for emergency paid leave. Similar to the United Library Workers union at the Carnegie Library of Pittsburgh that also won their demands the day prior after circulating a petition, this was a major win!

While the Trump administration and capitalist system’s negligence in the face of the Coronavirus pandemic is plunging workers into deeper economic insecurity—and as organizing becomes increasingly complicated without the ability to come together in person—workers and the unemployed are standing up, demanding what is right, and finding resilience through these difficult conditions.

Workers everywhere deserve the same access to emergency paid leave. Our community health and safety should be the top priority. May the efforts of Philadelphia and Pittsburgh library workers inspire us all to fight for paid sick leave at our workplaces and so much more!