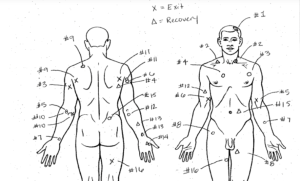 The outrage of people around the world in response to undeniable video evidence of yet another police lynching on the streets of an american city must be turned into a mass movement to end the institutional racist violence of the United States once and for all.

The video of Laquan McDonald’s 2014 police execution has been released. In the video, you can see that McDonald is shot 14 times while he was on the ground. According to various news sources, the cop who murdered McDonald, Jason Van Dyke, was attempting to reload when he was stopped by other officers.

Not only was Van Dyke not arrested in Oct. 2014, he was kept on the Chicago PD payroll.

Ferguson, Baltimore and a new wave of Black militancy are the only reasons we are being allowed to view the evidence. The mayor, city hall, the police force and the media closed ranks around the killer cop. None of the mainstream news outlets pressed for the release of the video.

At a press conference at city hall announcing the court ordered release of the video, Mayor Emanuel and Police Superintendent McCarthy made the case that McDonald’s lynching is an isolated incident. They lectured the Black community and their allies to stay calm and be “peaceful.” Emanuel said that Laquan’s killer, officer Jason Van Dyke, does “not represent the Chicago police force.”

The truth: Laquan’s murder is not an isolated incident. Van Dyke, who was brought before the court shortly before the release of the video, is the first police officer to be indicted for murder since 1980, despite hundreds of police killings. Violence against Black people, from slave patrols to the KKK to police forces lay at the very foundation of U.S. wealth and power. Laquan’s execution make this crystal clear—you can shoot a Black man 14 times while he lay on the ground, keep your job and the government will not indict you unless they are forced to do so.

Police Superintendent McCarthy also belongs in handcuffs. He kept Van Dyke on the force despite having the full details of the brutal execution and the cover-up.

Not only was the heinous video of McDonald’s murder kept from the public, but police officers on the scene personally erased a Burger King’s security camera footage of the murder. All officers directly involved in the cover-up should be arrested immediately.

The righteous mass rage against police murder is rising and the potential of an earth-shaking mass movement to defeat racism is on the near horizon. A large scale anti-racist and anti-fascist front is needed to carry the struggle to the next level. With mass movement as a weapon and concrete visions for change we can bring the long war on Black america to an end.