By Mario Murcia and Yasmina Mrabet 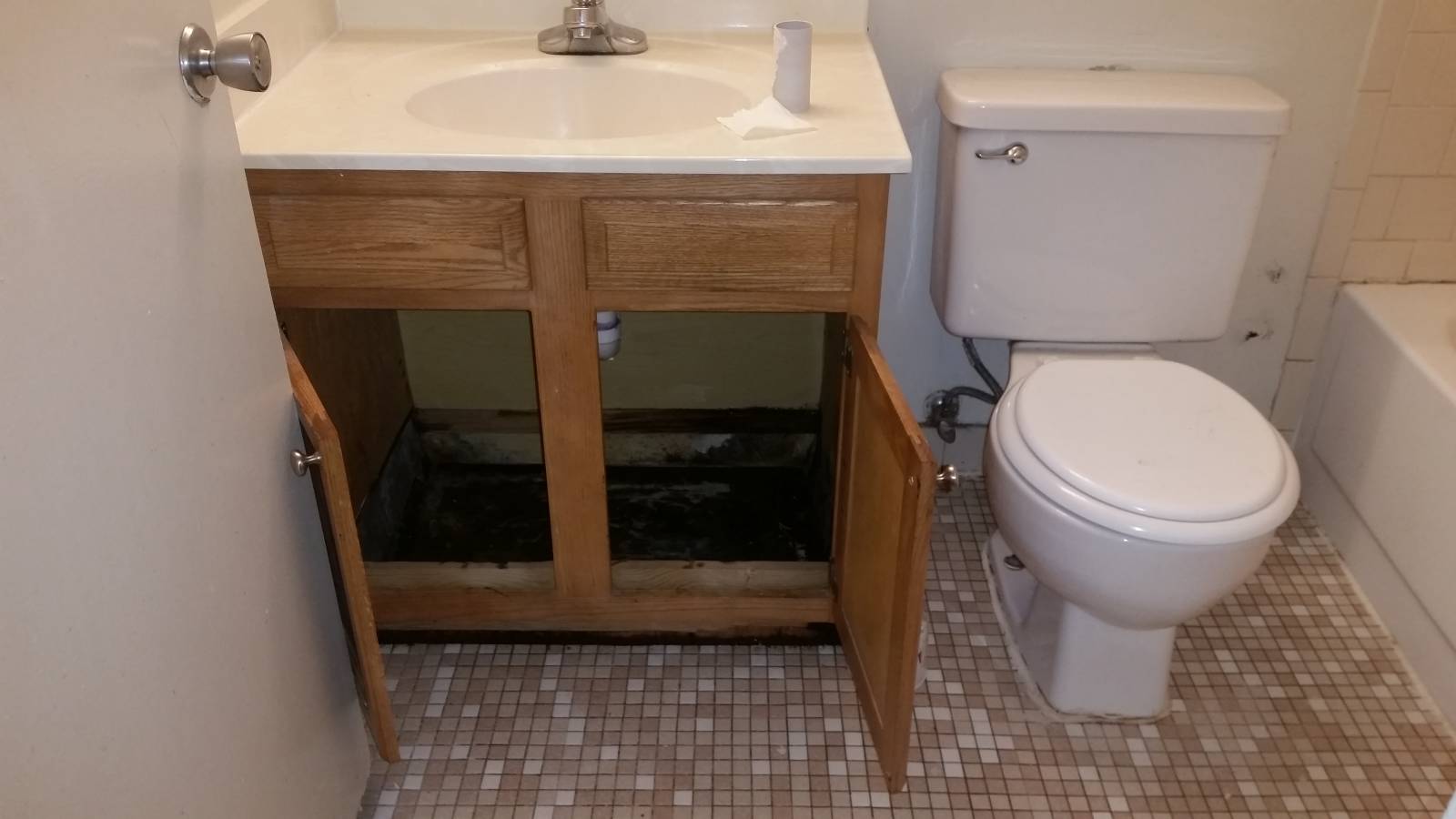 Black mold grows uncontrollably under the sink in the bathroom of a Bolton House resident. Liberation photo

The residents of Bolton House, a 260-unit affordable housing complex at 1100 Bolton St. in West Baltimore, have taken steps to stand up against inhumane living conditions they have been subjected to for years by slumlord Urban Atlantic. Urban Atlantic is a multi-billion dollar real estate developer that acquired Bolton House in 2006. According to their website, they have “preserved [Bolton House] as affordable housing and implemented substantial renovations through a nationally recognized innovative financing structure.” Contrary to this misleading statement on Urban Atlantic’s website, tenant living conditions include widespread rodent infestations, sewage backups, leakages, open walls and ceilings. Black mold is endemic throughout the building, causing major health problems for residents that include respiratory illnesses, bleeding sinuses, loss of hair and various other ailments.

According to members of the newly formed Bolton House Tenant Coalition, Urban Atlantic has utilized its property management representatives at Edgewood Management to brush off tenant complaints and to intimidate and retaliate against those who have spoken up about conditions. These acts have ranged from falsified fees added to tenant ledgers, arbitrary eviction notices, failure to respond to outstanding work orders and more.

This pattern of malicious behavior on the part of building management reveals both their indifference to the health and safety of tenants as well as their lack of accountability for the spaces they rent. Vicki Davis, managing director of Urban Atlantic has reportedly visited the property on several occasions, turning a blind eye to existing conditions. Tenants have called her on multiple occasions to report grievances against Edgewood Management as well as abhorrent living conditions, all to no avail. Tenants have additionally, for years, contacted housing agencies, the health department and elected officials, also, to no avail. Conditions inside the building have become increasingly dangerous; however, the affordable housing crisis in Baltimore and in major cities across the country means that for working class residents at Bolton House, there is nowhere else to go.

A key factor for Bolton House is its location in relation to the State Center, a concentration of state agencies that employ thousands of people, and is slated for redevelopment. Under the existing economic system of capitalism, development decisions are made primarily based on profit motives, rather than regard for the health, safety and welfare of existing communities. The pattern is this:

The Bolton House Tenant Coalition is well aware that the planned State Center redevelopment will eventually mean that Urban Atlantic will be able to profit to the tune of tens of millions of dollars from the sale or redevelopment of the Bolton House building. In the meantime, Urban Atlantic runs a slum-for-profit at Bolton House, maximizing profits by neglecting maintenance of the building. Bolton House is a prime example of how the capitalist economy places profit over the well-being of people. Affordable and habitable housing should be a basic human right, however in the United States the struggle to secure this right continues.

The Bolton House Tenant Coalition, along with the Party for Socialism and Liberation and community organization LinkUp, put out a press release yesterday, marking the start of an organizing campaign that will demand answers from elected officials, and accountability for slumlords like Urban Atlantic operating in Baltimore city. In any struggle for justice, public support and solidarity is crucial. To volunteer your solidarity and support for this campaign, whether remotely or in Baltimore city, sign up here.