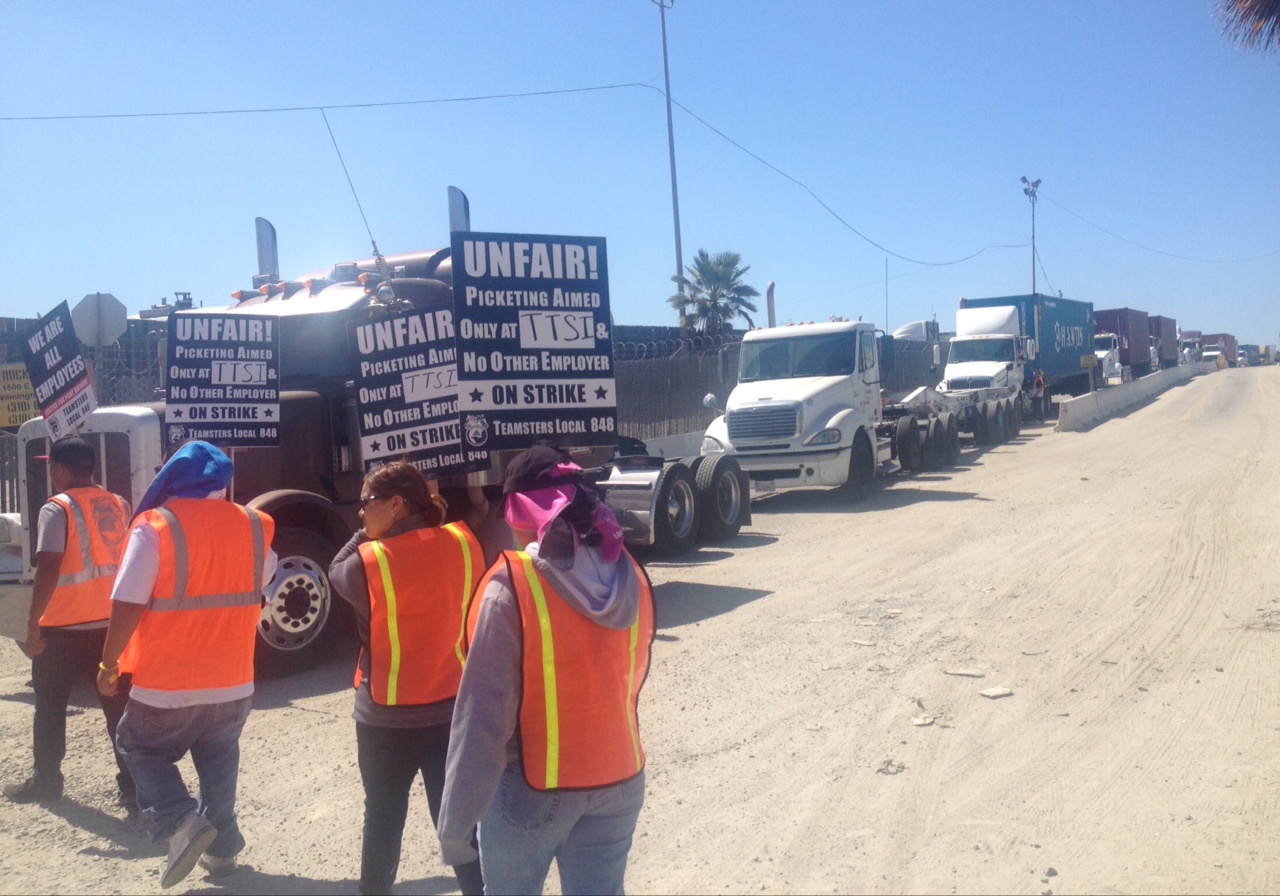 Early in the morning of July 7, port truck drivers with Teamsters in Southern California filed an Unfair Labor Practice complaint for wage theft and notified the bosses of three major transportation companies that they were on strike.

The significant impact of strike actions at these companies can’t be overstated. The Southern California ports are a vital artery for the regional and national economy as a supply chain for all the goods produced by workers in the United States and much of Asia.

Also an important factor are the International Longshore Workers Union port workers, whose contract just expired on July 1. They sent strong signals indicating that they would honor other labor pickets at the ports, as they have done in the past. Their support sends a message to ports all across the West Coast of what is possible.

Also significant are which other major companies (other than the transportation companies) are impacted by the strike.

Walmart, for example, has been putting the squeeze on the trucking companies to reduce the cost of their transportation by cutting benefits and assaulting wages, leading to violations such as massive wage theft. Walmart also takes a hit with this strike.

The combined solidarity of ILWU and port drivers sends a message to Walmart and corporate America that the squeeze on wages and cutbacks in health care will not be tolerated and can be fought.