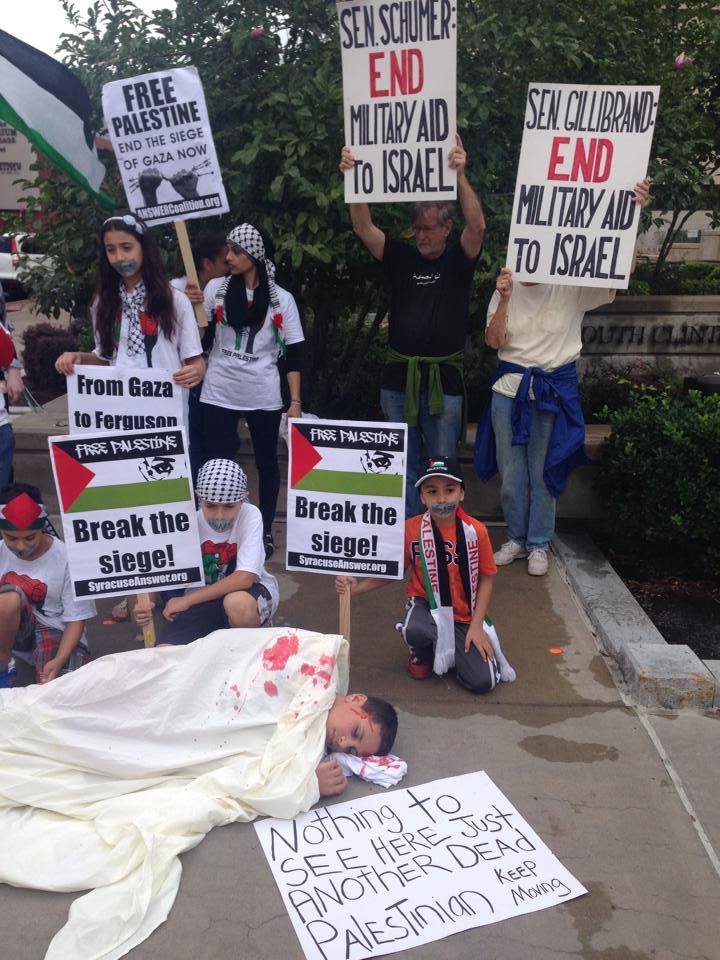 Israel’s relentless massacring of children was the target of a spirited protest and march at the Syracuse Federal Building Aug. 22.  Children and youth played a leading role in the entire event, but the highlight was when they staged a “die-in” to highlight the disproportionate suffering of the Palestinian people.

Speaking about why the children wanted to participate, Andriea Abdel said that Israel’s deadly war impacts children here, too. “The kids here see it and they become affected, and they wanted to do something,” she told Liberation News.

After rallying the group spontaneously began marching, again with children leading the way. Marchers chanted “Resistance is justified when people are occupied” and “From the river to the sea, Palestine will be free” as they made their way through downtown.

Organizers are already planning for another protest that will likely take place next Friday at the Federal Building at 2:30 pm.